A Farewell to a City That Has Changed Forever: A Conversation with Rainbow Chan

Electric Soul’s Brian Hioe spoke to Rainbow Chan, whose forthcoming EP Stanley will be released on November 25th. According to the EP description, “Stanley is her exploration of a love past, a farewell to a city that’s changed forever.”

Brian Hioe:  So first, could you maybe introduce yourself for readers that might not know you?

Rainbow Chan:  My name is Rainbow Chan. I am an electronic producer and singer. Born in Hong Kong and raised on Gadigal land, also known as Sydney, Australia. I am a lecturer at the University of Sydney, where I teach in electronic production and pop music writing. I have a visual arts practice, where I explore music and painting in an installation context. 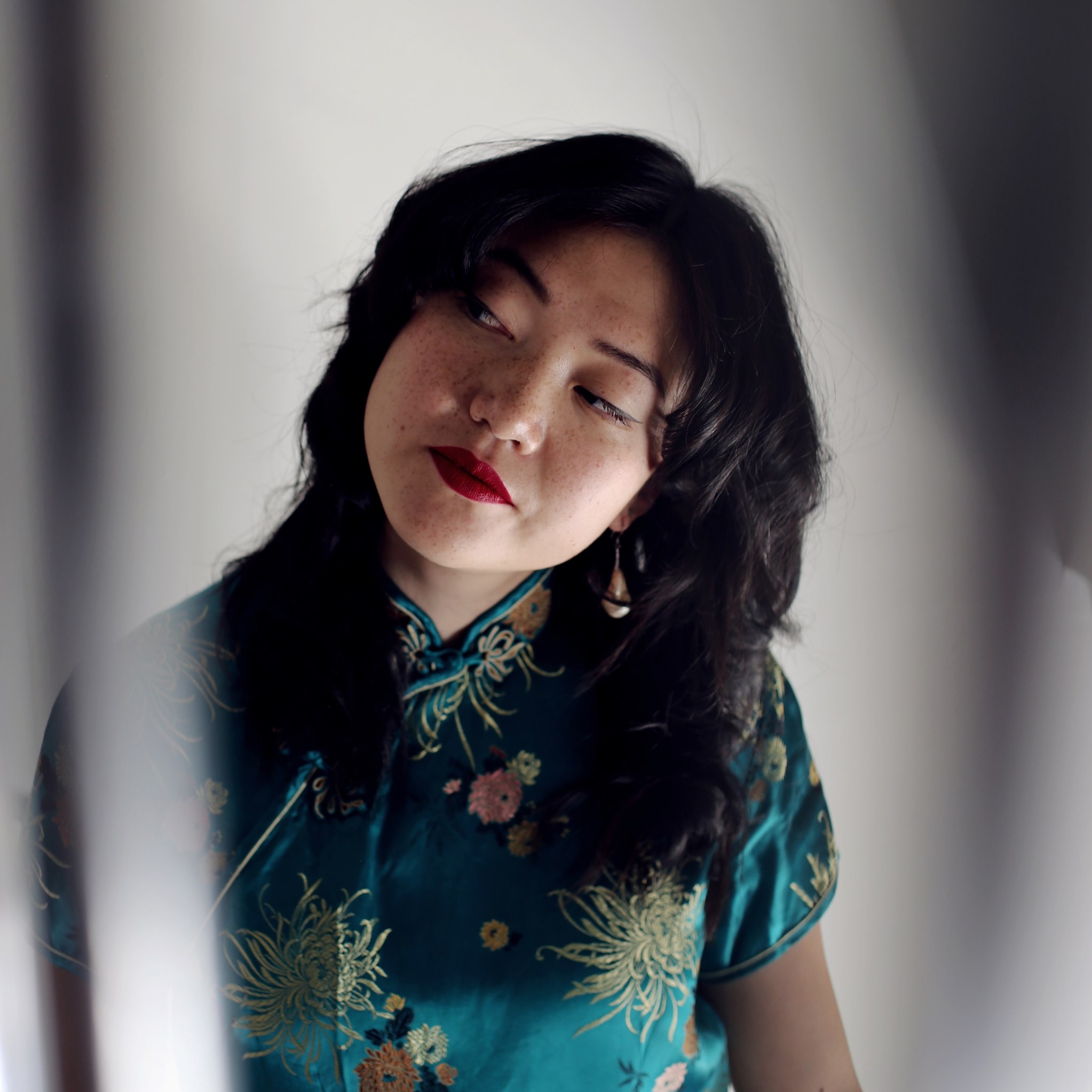 BH:  So the interview today is mostly about Stanley, your new EP. How did you begin working on it? There are a lot of influences there, in terms of heritage, belonging, and concern with Hong Kong as a whole, etc.

RC:  Stanley came about during a time of immobility. I was meant to go back to Hong Kong multiple times over the last two years to do research for various projects. All those trips got postponed or canceled. Being away from Hong Kong and sort of watching from the sidelines how rapidly the world was changing—not just socially and politically, but in terms of my family—was something that affected me deeply.

The new generations are being born. My sister and cousins have had babies who I can’t visit. And my aunt passed away—not being able to grieve with my family over there. All these connections were really tested in the time of writing Stanley.

These songs are also a reflection of the diasporic psyche. Of change. Even though they’re love songs, they’re sort of a vehicle to express that sense of loss and confusion.

BH:  What were influences on the EP?

RC:  A huge influence on this EP was Teresa Teng. Her cultural legacy is so interesting, such as with her music being banned in mainland China in the past but bootleg copies of her songs were widely circulated because people wanted to hear these ballads. I guess her music was seen to be tinged with political overtones. Drawing from her sonically, I think that there’s a lineage—of the power of pop songs as expressions of hidden feelings.

BH:  There’s that rich cultural legacy to draw on, with that sense of nostalgia. I feel like a lot of Hong Kong artwork or music is reflecting on that now—the distance from the past, that the past doesn’t return. Then it’s also interesting that you’re deconstructing that in a way—you’re very self-aware of that. At least, that’s how it seems to me.

RC:  Definitely. I feel there’s a danger to being too nostalgic and being like, “The golden times.” Romanticizing the past. Because—most of the time—it is just our own projections of a place or time that never existed. We color it with our own yearnings and it can easily distort into purist or nationalistic rhetoric if we’re not careful.

I think Stanley is very self-aware in the way that it deconstructs those tropes of place, love and loss in an ornamental, baroque way that is almost over the top in its drama. Because it is playing with this idea of authenticity.

So much of this melancholic pop music is seen as a very sincere and authentic outpouring of emotions. But I want to take it up a notch and make it really sugary. Almost sickeningly sweet in its heartbreak and longing.

BH:  Staging it for that purpose, then.

I’m curious how you would situate Stanley compared to past work of yours. What do you think is different or what is new in terms of emphasis? There’s the focus on vocals and I thought the choice to sing in English for most of the songs was quite interesting. 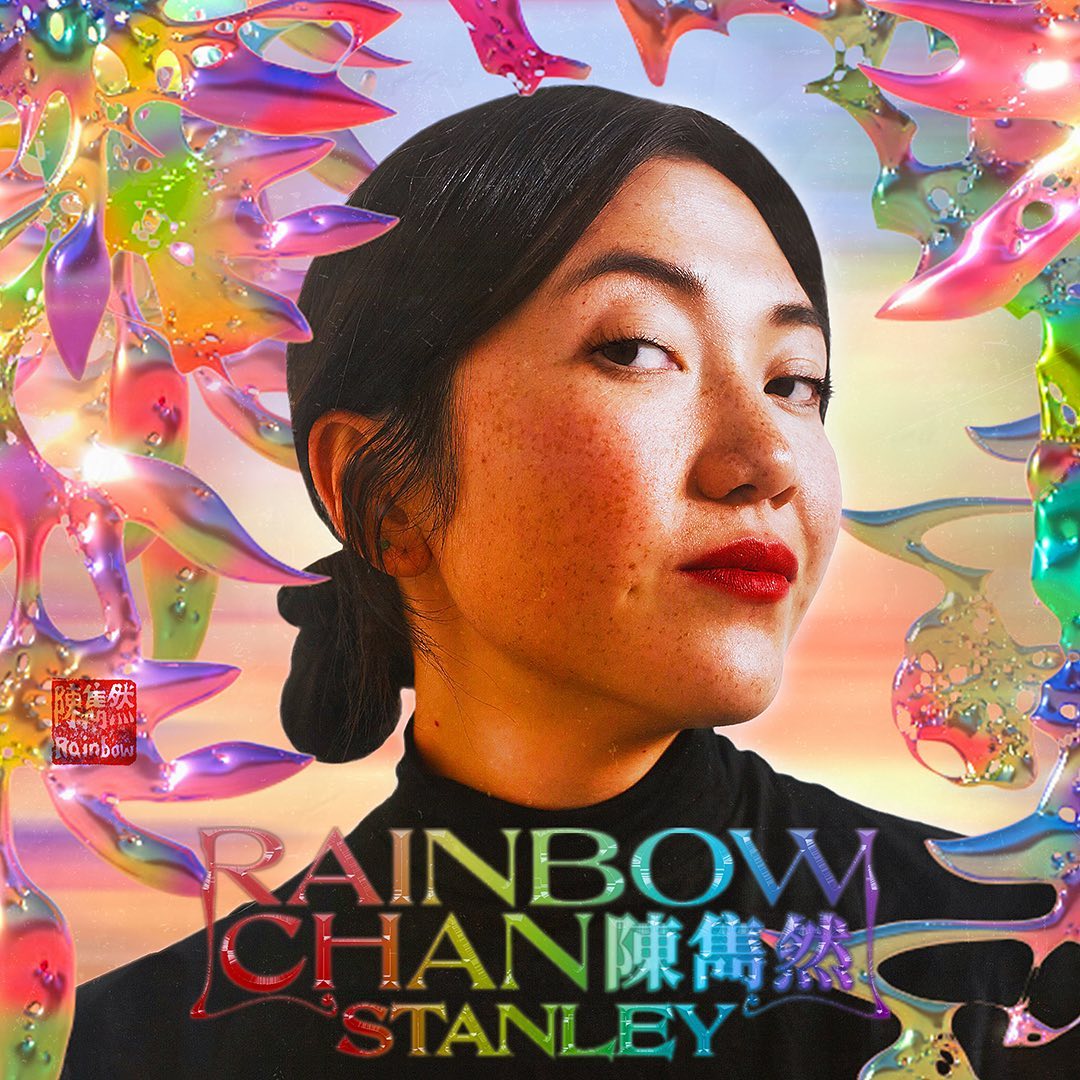 RC:  Going back to my grandmother’s mixtapes when I was young, she only liked to listen to Western music. She would record these songs—like Elvis, Roy Orbison, all these golden oldies—off the radio late at night and send us these mixtapes from Hong Kong. In a way, I’m drawing from that family history.

Even though Stanley is mostly in English, it’s refracted through a pan-Asian lens as well. And a lot of music coming out in the sixties, such as bossa nova, surf rock, and pop music that was coming out of Japan, Southeast Asia, and Hong Kong. What my parents would listen to at discos. That was very much tinged by Western rock and roll and Latin influences. So it’s drawing on that cultural legacy when the music industry was becoming more and more globalized.

Compared to past work, I think because I wasn’t thinking so much about live performance, I really took my time with the lyrics and the storytelling of these songs. Turning to songcraft and focusing on that. These songs are a little more intimate.

With past releases, I’d imagined how it would play in a club. And the idea of the atmosphere created by beats. Whereas Stanley hones in on “classic” songwriting.

BH:  Also we’re in a period with not a lot of clubbing.

RC:  [Laughs] Exactly. A soundtrack for people to cry alone to at home.

BH:  I’m curious about the release format, then, that it’s in the form of a cassette USB. You talked a little bit about your grandmother’s mixtapes just now, but also music production in Asia and how there’s this circulation of music between these places. Cassette tapes, recordings, a lot of bootlegs, and that sort of thing. It seems to dovetail with that.

RC:  Yeah. Definitely drawing on this idea of bootlegging. The cassettes actually have secret material in them. Exclusive content. It mimics this childhood memory of growing up in Australia and only being able to consume movies or songs from Hong Kong via dodgy VHS shops (this was before the internet).

What I really loved about those tapes was that whenever you finished an episode of something, at the very end, after a couple of seconds of static, you would see the ending of other shows that they’ve just dubbed over. I just loved that experience—you’d catch the tail ends of all these different dramas which made no sense but formed an interesting collage.

BH:  It’s interesting because with the analog, you can have secret content and things like that, but it’s sort of missing now in the age of the digital.

I’m curious about reactions from listeners in East Asia, such as in Hong Kong or Taiwan.

RC:  Yeah, I’m still shocked whenever there’s a listener outside of Australia who knows my music, to be honest. [Laughs]. Before COVID when we could fly around, I had a very warm reception in East Asia. Partly because I’d been able to collaborate with local artists and stay for longer periods of time. So it’s been about getting to know the community in those scenes and feeling very welcomed by them. That’s been really lovely.

What’s also nice is resonating with East Asian diaspora communities. That’s why Eastern Margins is such a cool platform for Stanley to appear on, because it’s connecting with all these different communities around the globe.

You have this similar storyline to me, of coming a from migrant family and longing for an imagined “homeland”, and I think this EP really reflects that kind of narrative.

BH:  Anything you’d to say in closing to listeners?

RC:  Stanley is actually a seaside resort town in Hong Kong. In the late 80s, my parents owned a little fashion boutique where they sold denim jeans and American clothing. They would get their stock from Stanley wholesale. For them, it symbolizes this nice place when they were in their prime. It’s sort of like another layer of nostalgia.

I just remember going there a few times as a kid and thinking that it was really cool, but there was a feeling of datedness to it as well. Like the markets are quite tacky and sell a lot of trinkets. This EP is a sort of reflection of that, thinking about cultural relics that we accumulate, sentimental and ornamental things—but they become obsolete. That’s why the title is Stanley.