A Year of Adaptation: Reviewing 2021 with Seoul Community Radio

Electric Soul’s Brian Hioe spoke to Rich SCR of Seoul Community Radio, rounding up what they did over the past year. Check it out!

Brian Hioe:  You mentioned that it’s been a year of adaptation for you. Could you talk a bit about that?

Rich SCR:  I reckon it’s probably less adaptation for us, because we adapted last year. We moved studio, which was the adaptation of our existence, that was basically our second reincarnation.

With the scene, you saw the bigger clubs and few of the other entities branch out and start doing stuff around record labels and compilations. A lot more bars in Seoul these days, as well as a lot more smaller venues, which many DJs are behind.

It’s a very interesting development this year, that you see a lot of smaller venues that are run by some of the crews. Such as some of the crews that we’ve had on SCR, they’ve usually played at bigger clubs like Soap, Cakeshop, Faust, and everything. With larger venues facing difficulties not of their own making, some of the more established crews and collectives have opened smaller venues focused on their particular sound.

You can see this in recently opened venues like Tunnel, Bolero, Kockiri in Itaewon which focus on the sounds of their respective owners / music directors as well as the growing Gangnam bar scene which is more hip hop oriented with DJ bars like Snacc, RPM and newcomer Times,

You can go to smaller venues that have the exact flavors of these crews. You know where to find a certain sound.

BH:  That’s an adaptation to that clubs are closed, then?

RS:  Yeah. For Seoul Community Radio (SCR), I would say that our output has become even more diverse this year. We connected with the LGBTQ scene a lot more this year, thanks to our staff members Thom, Jeonkyu, and Yuzo. Our bartenders have helped us expand the community regarding drag acts. We’ve also had more connections with local venues. 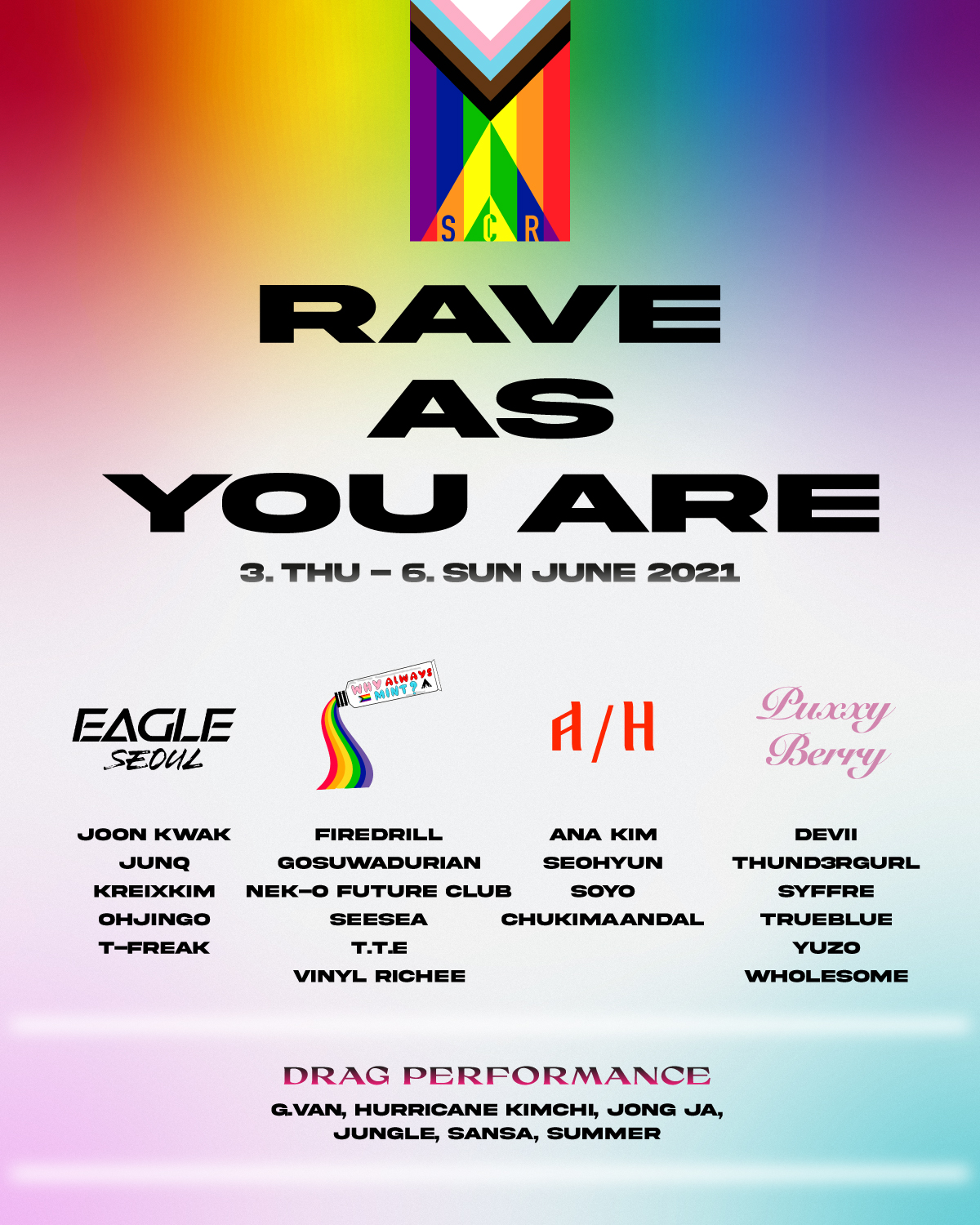 We also expanded into virtual reality. We made a Metaverse exhibition about the last ten years of the Seoul scene. That was at the very beginning of this year.

I’m still buzzing off of what we made. We made that with Nose Studio, it was featured on Fact Magazine. We hosted it using a gaming engine called Unreal. It hosted photography from the last ten years from ten different photographers of different persuasions. We released a compilation to go along with that, which was tracks that went with the game, made by a few of our more inclined producers.

I’m just very pleased with how that came out, because you could have multiple players join and meet each other online. They couldn’t quite talk to each other, but maybe that will be the next iteration. I’d like to do something like that again.

That came out of not being able to party. There was a lot of similar stuff then. There were a lot of people trying to do stuff in that space at the same time. Like an underground Silicon Valley, with people pushing out prototypes. I felt that was a big success.

We also did a few more charitable events. We had a really successful evening for World Animal Day. People loved it, it was a bit crazy. It may be Instagram and animals, people love cat videos.

Wherever you are in the studio, a lot of people come by with dogs. We’re at the ground level and we’re animal friendly. All of the SCR staffers apart from me own dogs. We wanted to raise money for charity.

Some people feel very strongly that Korea has a reputation for not being friendly to dogs abroad, so they wanted to show differently. We raised a fair bit for charity, maybe just under a grand USD. Things like that, which mean a lot to certain communities, have worked really well at the station for live events.

We struck up a monthly program with Obey, for showcasing new artists in the scene and linking with the Obey Records program in LA. That gives us a regular thing, where they give us an article and a feature on the artist, which we’d love to more of.

Our residency program, we look at an opportunity to spotlight up-and-coming talents, as well. People that deserve more exposure, as opposed to putting on well-known people.

One of the main consistent things this year is that we haven’t been allowed to do festivals or big events. Our fifth year anniversary, we couldn’t really do the party that we felt befitted that, so we just carried on doing really good parties. I also didn’t feel quite right, because many clubs were closing and they couldn’t celebrate their anniversaries because they couldn’t open. I prefer that next we can do a fourth year, fifth year, and sixth-year anniversary party or even a festival or something like that.

Instead what we were able to do is some cool outdoor events, because you can do events on campsites if people socially distance.

We also did a really nice party in a skate park called Revitty run by one of our friends. That was by the beach. So we’re going to be doing more outdoor events next year, as well. It’s kind of a suite of activities that we’ve been doing. With all the studio stuff as well, it’s been quite a big year.

RS:  A barbecue place. That was the most recent event that we did. That was again part of the same series that we’ve been doing. We wanted to do one more before the end of the year.

That place has a lot of resonance for the community. Before COVID, you would see the promoters from all the different clubs taking out their foreign guests there or guests from Busan or another city. It’s in the center of Itaewon and, as you know, all the clubs are in Itaewon.

On a Friday night, you could see half the scene plus their guests in that particular barbecue joint. Where that really hasn’t been the case for the last two years. But we wanted to bring back that feeling, just this time put the decks in the barbecue joint, which was the meeting place.

It just had a really nice feeling to it, everyone liked the concept. Nobody has ever done a party in a Korean barbecue restaurant, as far as I’m aware. At least in Korea. So that mix of traditional, local, and the new and fresh electronic music side. That ticked a few boxes. We had to make it RSVP because of room. To do those things, you have to keep it quiet until the day, and then just execute it.

It was a year where you tried to do what you could. What you were able to do was decent. It’s not large-scale or anything, or huge festivals or events. But I’ve almost forgotten what they’re like. [Laughs] These small, incrementally good things have suddenly become alright. 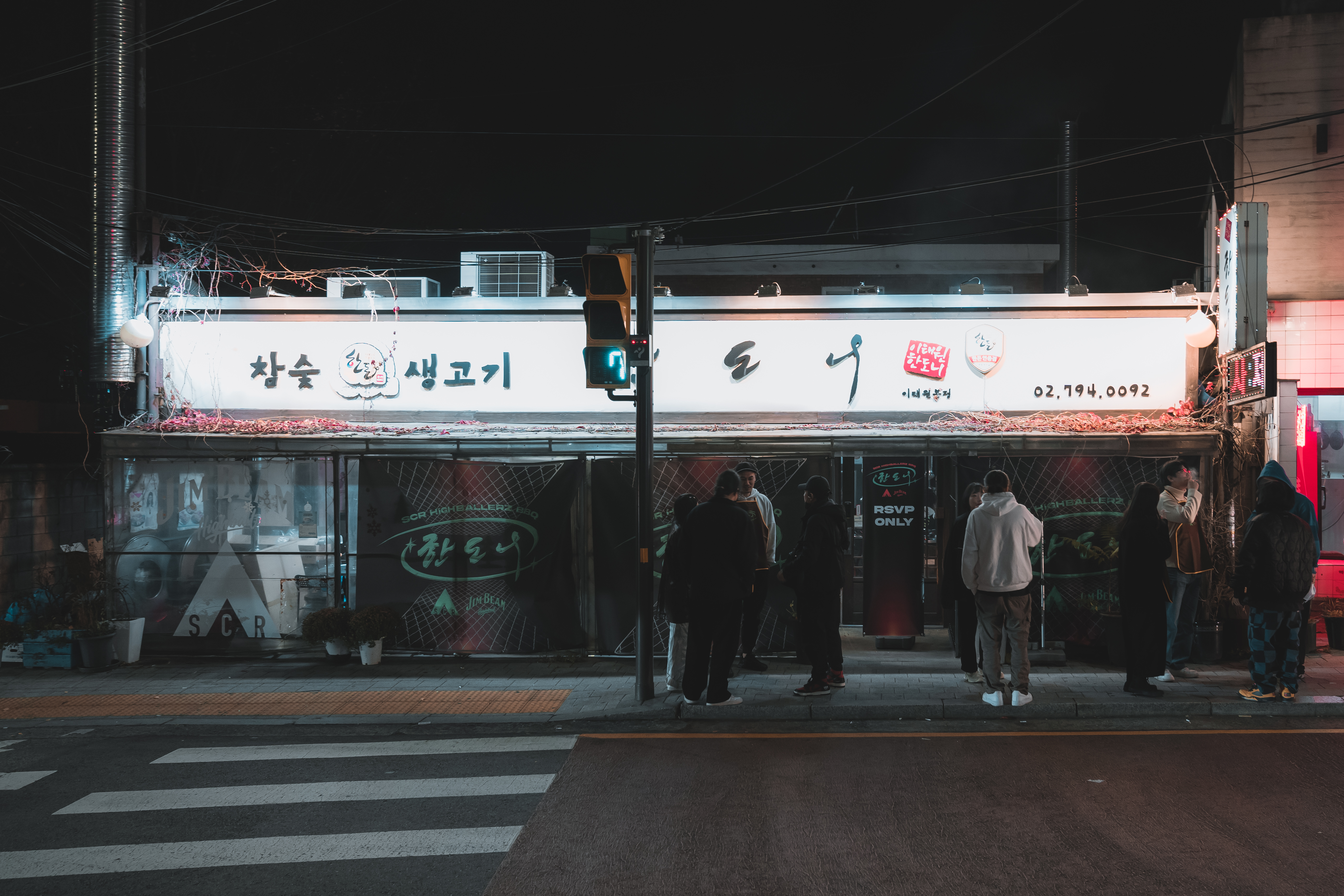 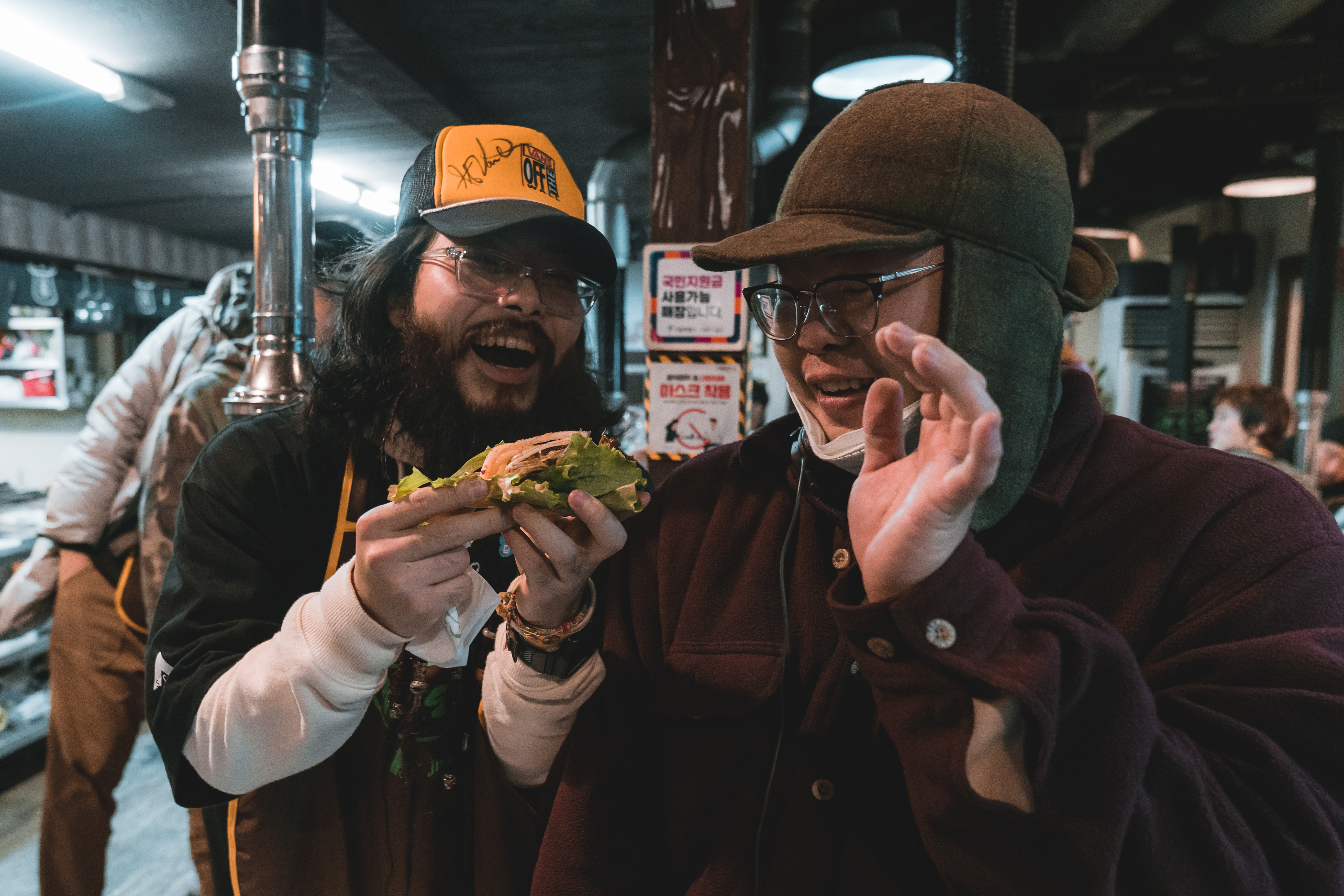 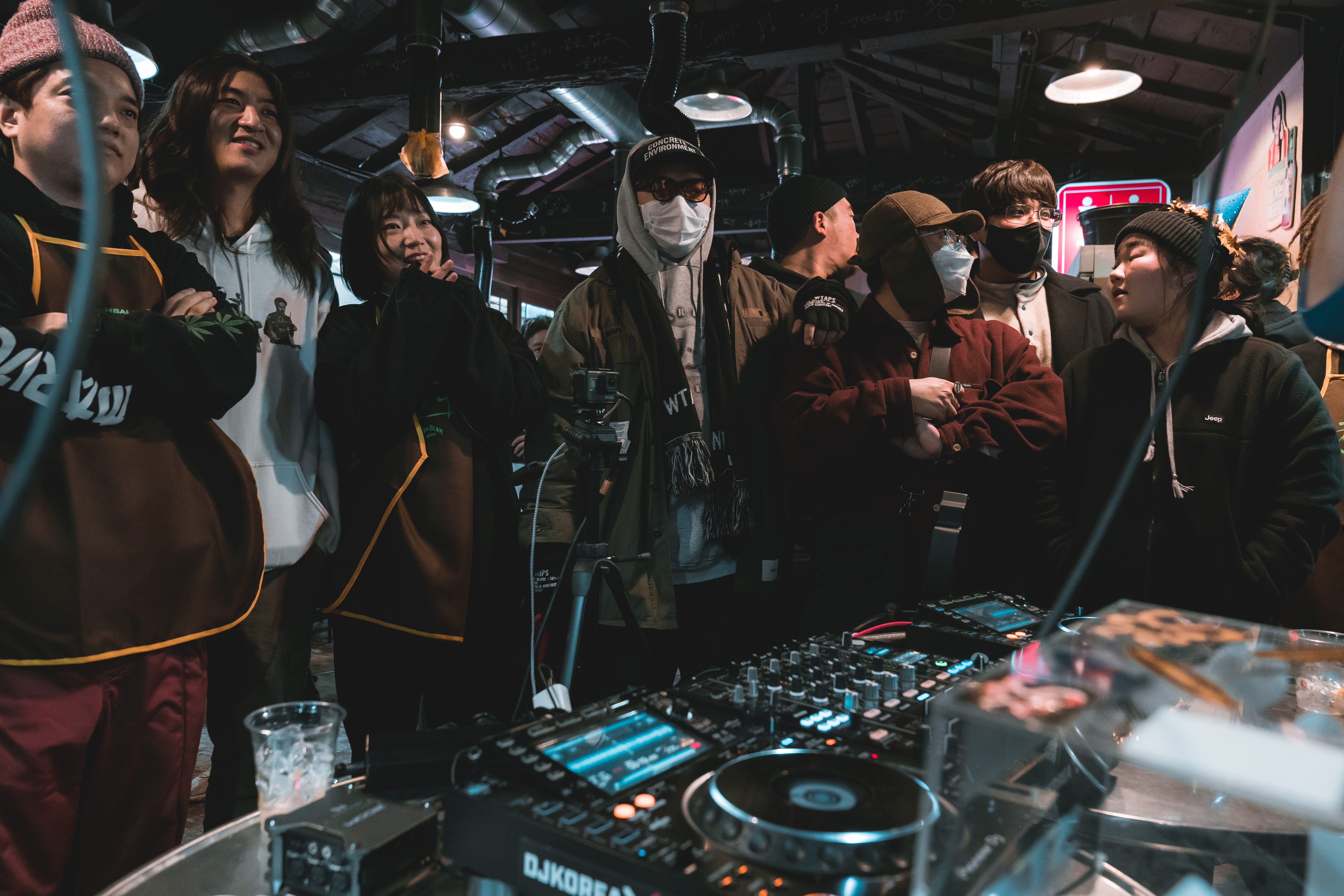 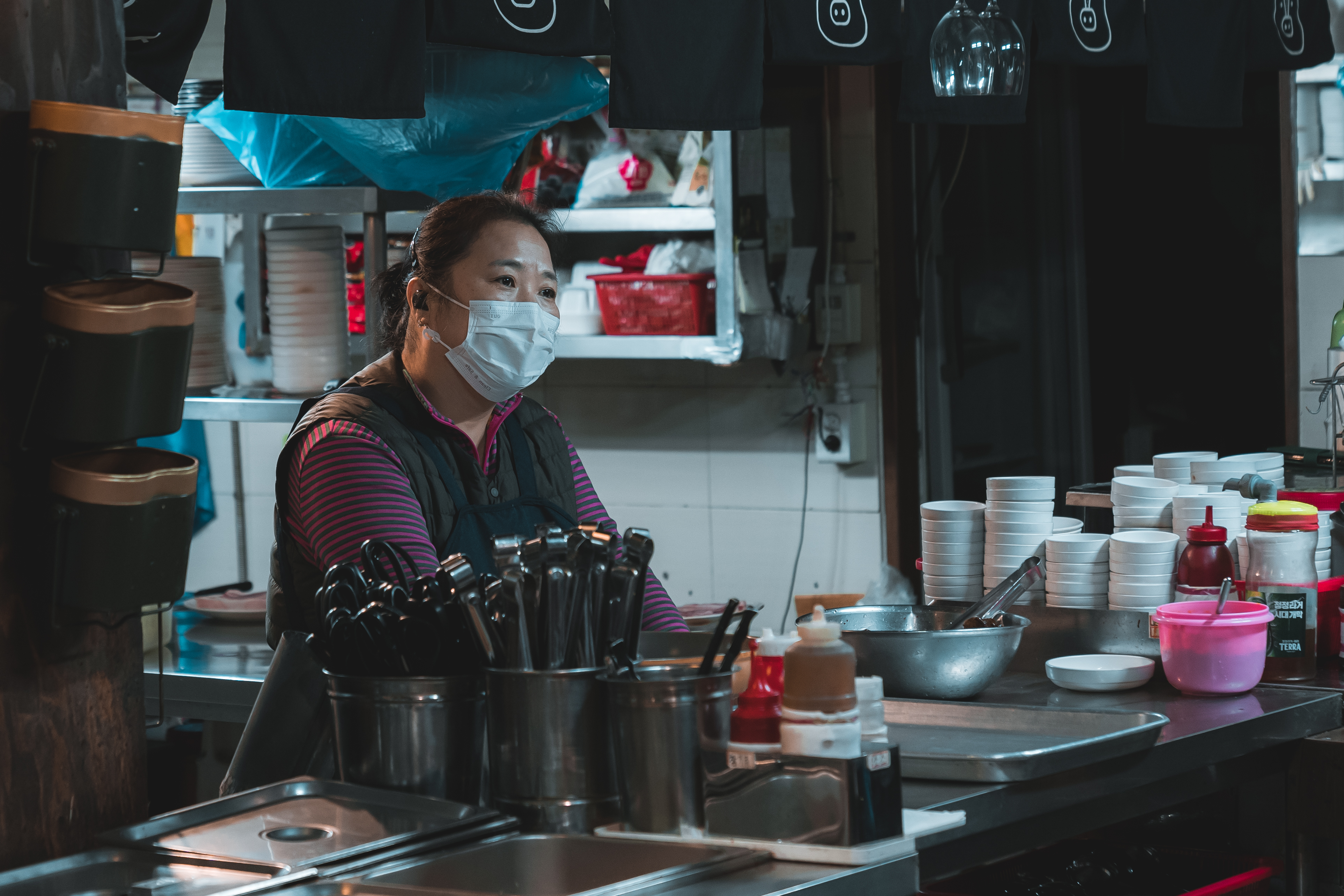 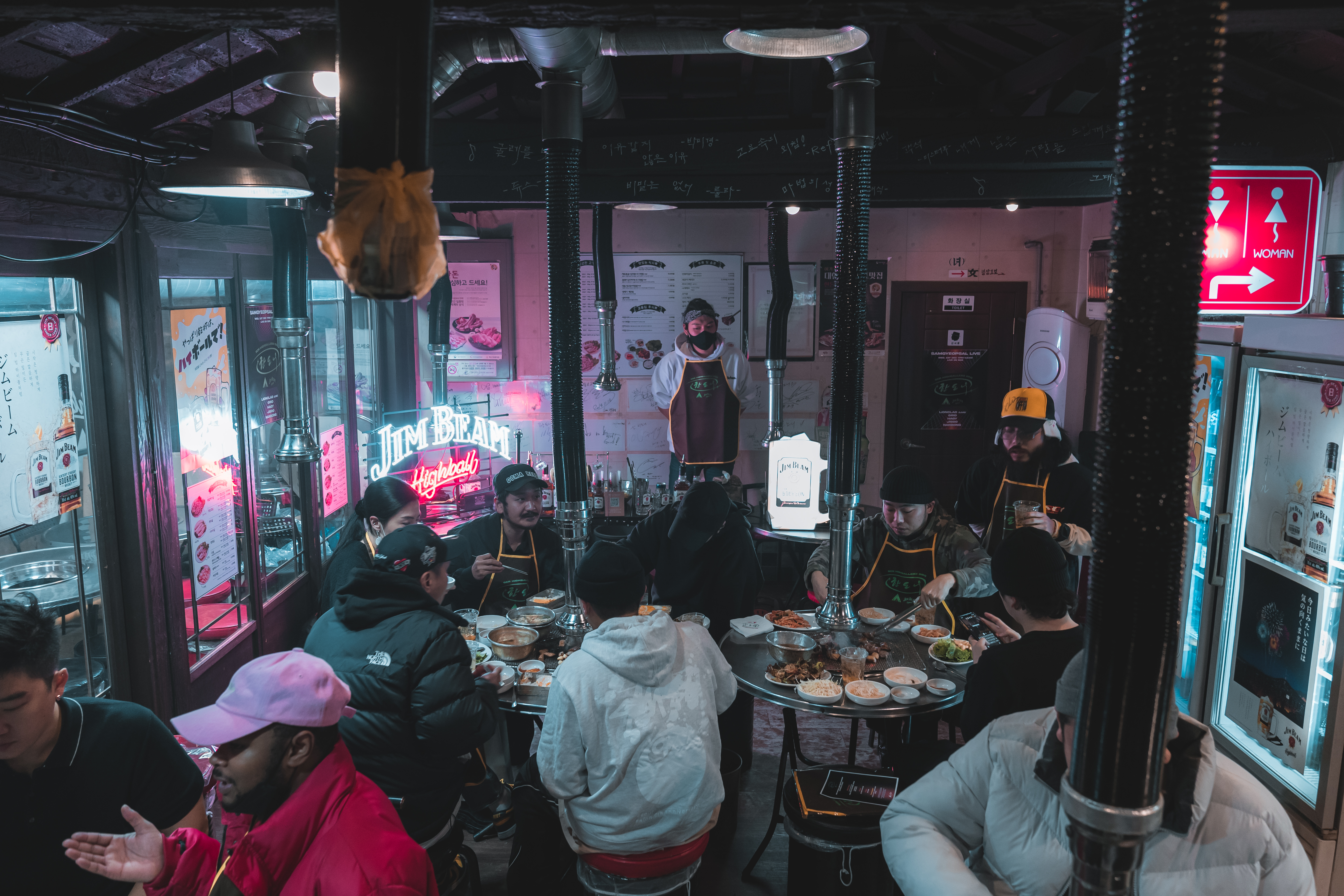 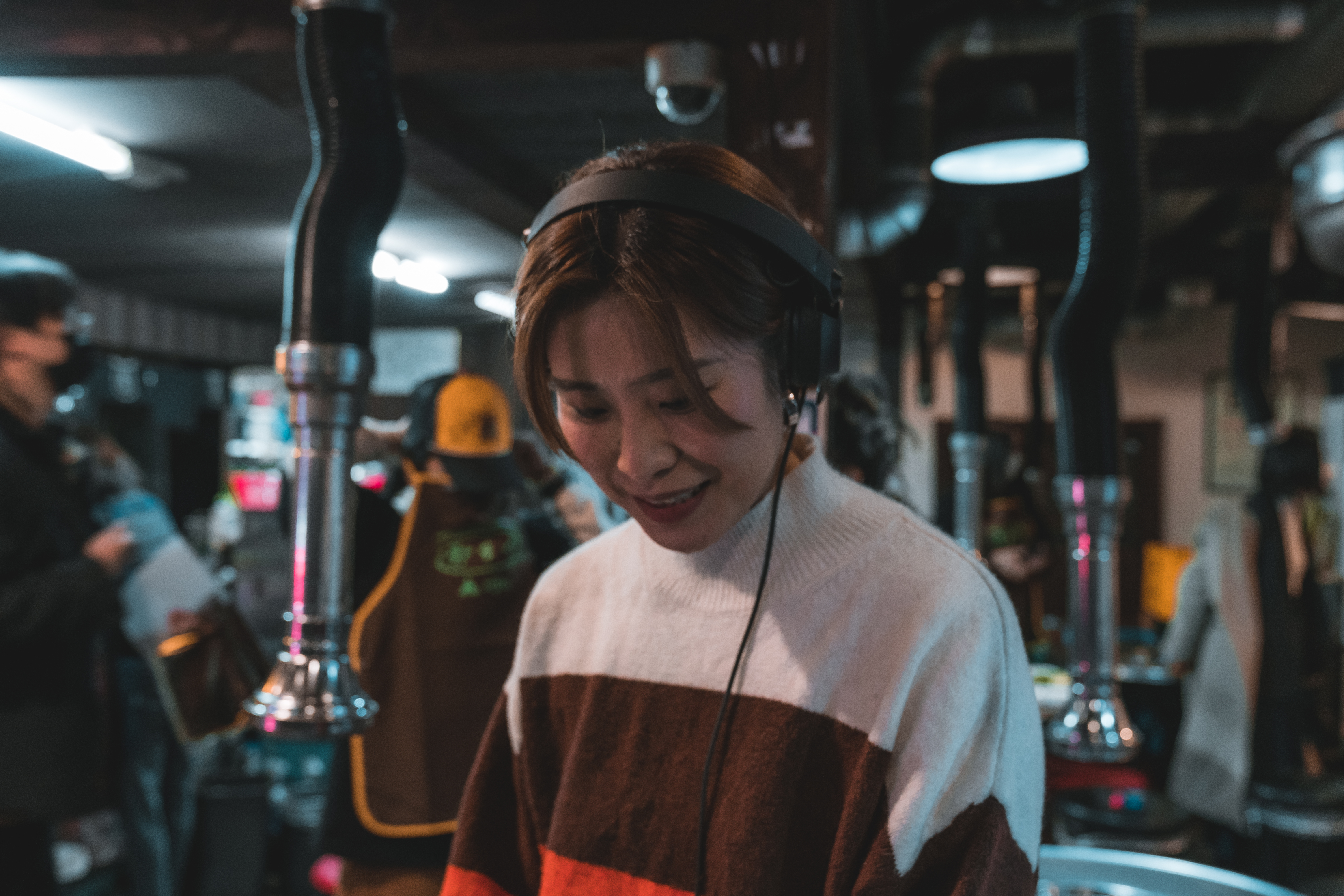 Small get-togethers with the community are also quite important these days, to keep that community spirit going. That was what was nice about the barbecue, a lot of the old gang was back together, and people that used to be rivals are like, “Fuck it, those days were the days,” but it was in a different context.

There’s also been an explosion of new DJs in Seoul. I think it’s because a lot of people have learned how to DJ.

BH:  That’s a good question, I’m not sure. I wonder about that.

RS:  Plus, at least in Seoul, big venues dwindled and small venues erupted. It was the year of the small venue, I would say.

There’s definitely a resurgence in the record bar, playing the rare funk stuff. Some of the small bars have got more avant-garde music taste, which I’m more into. It’s a spin on the classic mature raver record bar and it’s got young people in there. That was the trend this year. We’re probably one of those bars, but with a very different bent. We have different music all the time.

BH:  What do you have planned for next year?

RS:  I guess for things on the horizon, it’s all very COVID-dependent. We want to do this party on this patch of land that someone showed us that would be perfect for a festival. In my mind, I just want to go there with a generator and speakers and party in the forest.

With SCR, sometimes it’s easier to do pop-ups as well. We don’t have to bring the equipment. But when do bring the equipment and do stuff outdoors, it has gotten a bit more independent. It gives me a bit of confidence that we might be able to do a small boutique festival maybe for our anniversary or something.

Some of the things that have surprised this year is the merch, that people loved the merch. Shipping was tough this year, so we’ve now got people that can do shipping from the UK to Europe for much cheaper prices. Because shipping can be as expensive as the merch itself.

We hope to build the platform more next year. I feel that we’ve got a nice arrangement with the regular programs, the people around the station, the interaction with the wider community. And we’ve helped out with some people this year. Just seeing how we can expand on getting the reach of SCR out more to Korea.

I’ve enjoyed that we’ve increased our local following. We’ve barely had any international DJs. We used to have more guests in the past, of people coming into Seoul. But personally, I prefer developing the local scene a bit more, giving space to the young up-and-coming DJs.

Some of the older school DJs may feel there are too many DJs now. You’ve good the experts and the kids with loads of friends and large Instagram following that pack out the club, which is why they get booked, but it’s always been like that. You have to either keep up or hustle harder.

COVID has reset things slightly. Some DJs were particularly online. And once things open up in an offline sense, these people are front of line right now for getting gigs. I feel like although a lot of people hated being online, the people who were very active during lockdown are being rewarded by being front in line when things reopen. You see some kid is on fire and is getting booked everywhere and that’s because they were busy during COVID. It’s nice.

You’re seeing growth, rebirths, and deaths of institutions. But that’s the life cycle of the scene. Certain institutions fade away and are replaced by new things. I’m just happy that we’ve been able to go on for five years and hopefully another five more and we’ll see where it goes from there.