“Above all great music, it’s the people I miss the most”: Our chat with Savage resident DJs

The Savage crew is an international gang that now calls the heady streets of Vietnam home, but they’ve helped built up the underground scene in the recent years with their beats. Led by DJ-turned-club-owner Ouissam, the Savage resident DJs will be taking to the mountains for a unique kind of retreat that mixes music, nature, and wellness this weekend. From 2 to 4 April, party in the sun amongst the lush green fields during the day at Mai Chau lodge, then retreat into the depths of the Mo Luong cave as night falls.

This is the first festival that Vietnam will be hosting since the 2020 lockdown shutdown all events and nightclub establishments. Everyone from DJs to the punters are noticeably excited about what this would mean for festivals and live events as the country starts to open up.

We had a quick chat with the resident DJs at Savage ahead of their headlining festival.

1. What have you been up to in lockdown! 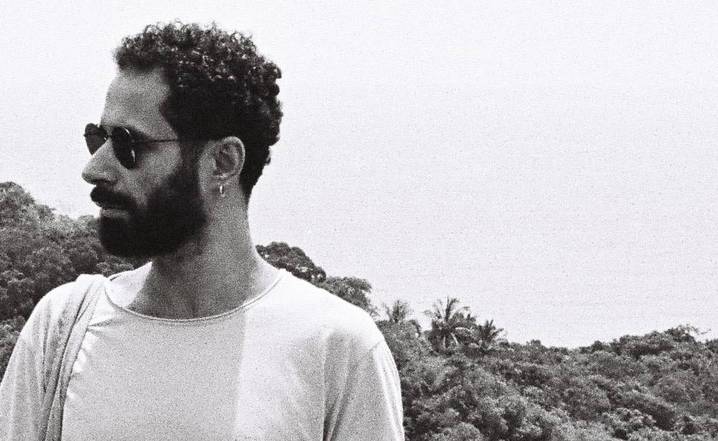 Ouissam: During my first lockdown I had the chance to be locked in Hoi An, I spent most of my time digging music and learning Vietnamese.

2. Clubs were open and shut again in Vietnam, but there’s finally a rave in a cave to look forward to! What are you most excited about for your upcoming gig? 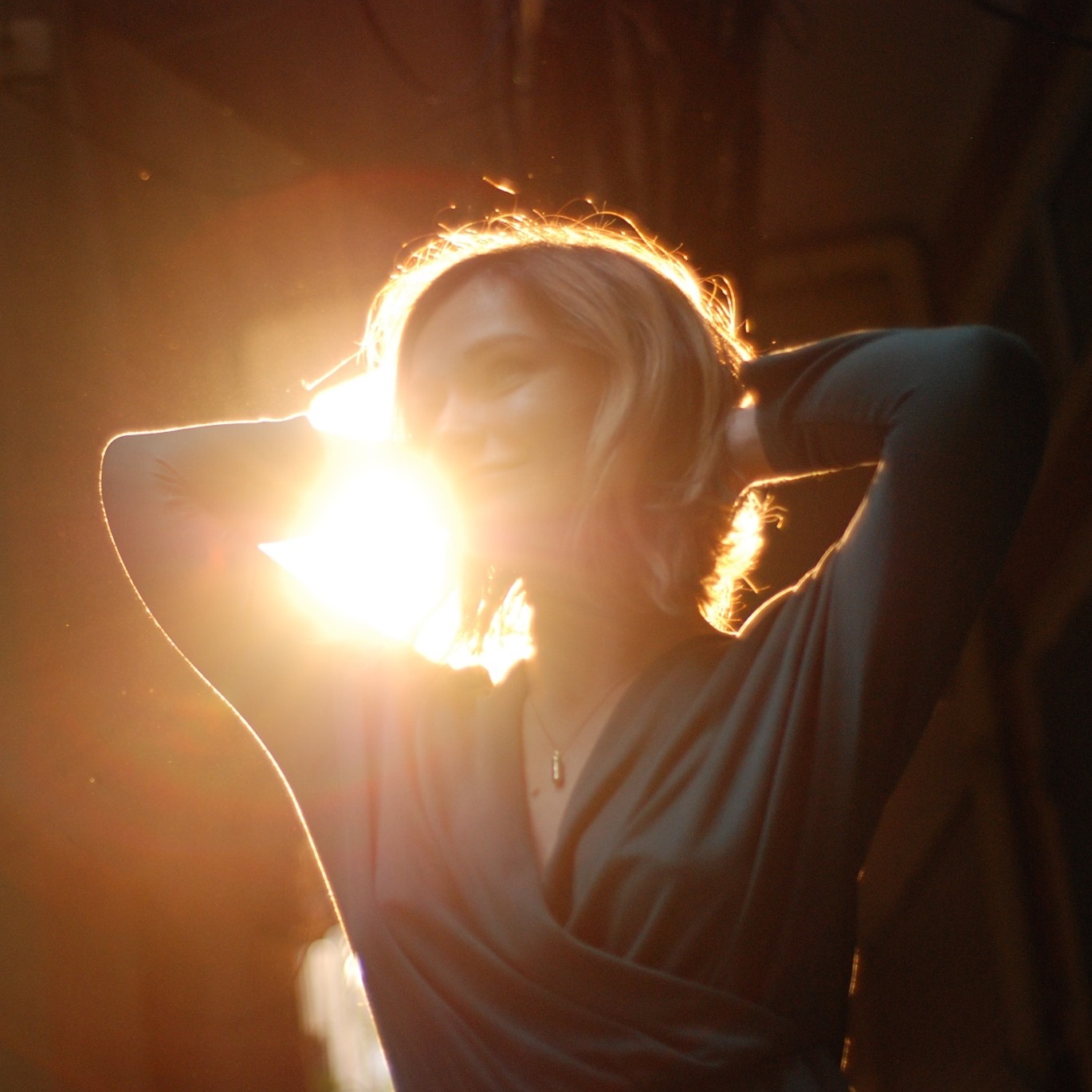 Miya: To get the chance to play outside during a sunset time in a small friendly festival scale. As it reminds me of one of my all-time favorite set I did in Hong Kong a few years back. And this time we know even more how lucky we all are.

3. Vietnam’s underground music scene has seen explosive growth over the past couple years. How’s the electro music scene changed since you started out? 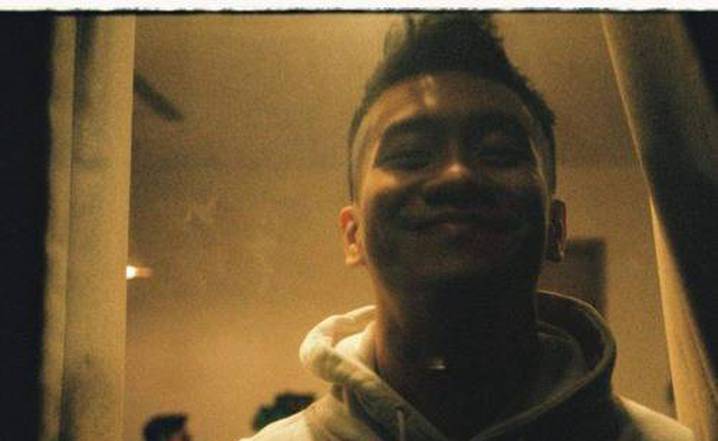 Khoi Mai: I returned to Vietnam and joined the underground scene here since 2018. The music community in Hanoi was quite small back then, and most of the people were expat. There were only 3 Vietnamese artists that I know of, Min8 who plays sensual italo-disco, Tung Tim who master the power of house, and the legendary Quan who killed the floor every time with his techno live set. Savage was the only club where you can find house, disco or techno with proper international booking. The parties are usually small but intimate, everyone knows each other, and everyone is happy to dance together.

I joined Savage team in September of 2018 and got to witness the blooming of everything from there. Local people started to pay attention to Savage, named it as a “foreign club” that play music they don’t even know how to describe. But they come, they dance, and they enjoy it. Then they started to pay attention to the music, especially the youngster, start asking question about genre, artist, label,... and eventually learn enough about it to build a music collection of their own, to play it in front of people. From that moment, we went from 3 names to over 10 Vietnamese artists who is young, creative, passionated, and know no boundaries. The community got bigger and bigger, and the club scene began exploding from there too, Savage started to have other competitors with different vibe and music direction, from tech house to UK garage to trance. More and more people visiting the dance floor on the weekends, I remember in the summer of 2019, we had to expand the floor in Savage’s lounge to fit more people in, but eventually it was not enough that we have to let go of the old place and move to a bigger house. A house where we can have not only a better dance floor, but also a record shop, the first record shop ever in Hanoi called Pond. I remember some international DJ who came to play told me, the scene here at the moment reminded them of how it was in Berlin back then, the inspiring time when everything just started. And honestly, I feel super lucky to be able to live and be a part of this movement.  I’m very exciting to see how far it will go and how much bigger it will get.

4. What do you miss most about club nights at Savage? 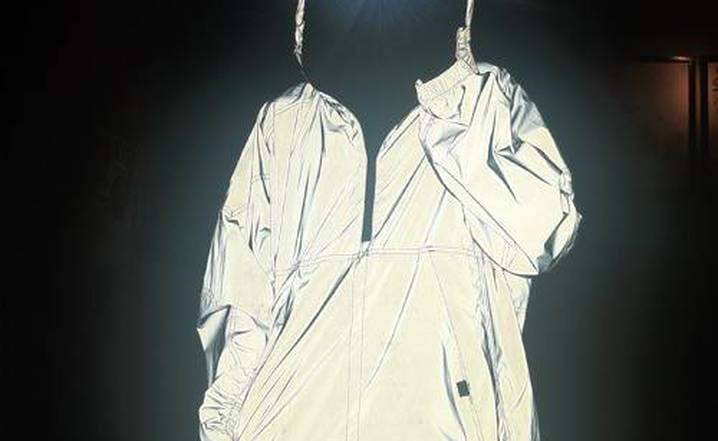 Park:ING: Above all great music, it was the people I would miss the most.

The first ever gig I played at Savage was mind blowing first because I was such a baby DJ and I still am now but also because I have never seen many like-minded people like that before, to me it was a whole new world.

I’m based in Saigon; the scene here is diverse and spread out, but in Hanoi it is focused and elevating. Through Savage, I got chances to connect to the scene, the community there and feel a sense of belonging, and I think it bring the same feeling for many of us here (no matter whether you’re) based in Hanoi or Saigon.

5. How has Savage changed your life on a musical and personal level? 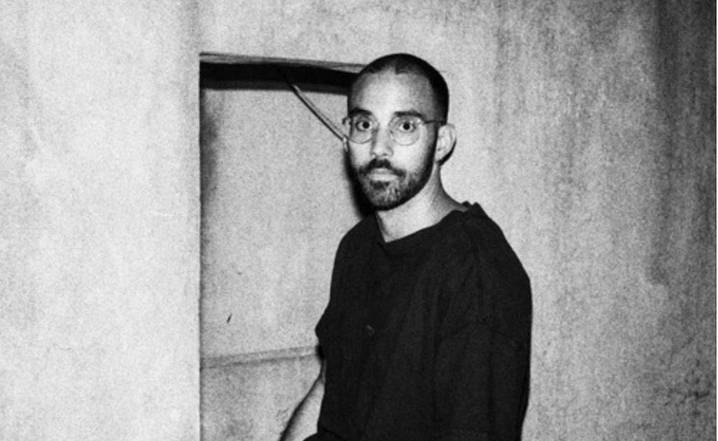 Rifain: Savage is part of my life and has been a never-ending source of inspiration. It’s a place where I have witnessed people with different background and cultures connecting around music, falling in love, laughing and dancing. Countless friendships have been made because of this project and I’m extremely grateful. Evolving in a such open-minded and inclusive environment has been really enhancing. The club culture has also a powerful message and it definitely gave me a new angle and perspective on how I see the world around me.

Listening to artists and talking on daily basis with people involved in this scene has been a constant flux of influences and evolution. It helped me to define my sound and peaks my curiosity.

6. A gig in the fields or cave is pretty interesting. If there are no restrictions at all, where in the world would you like to perform? 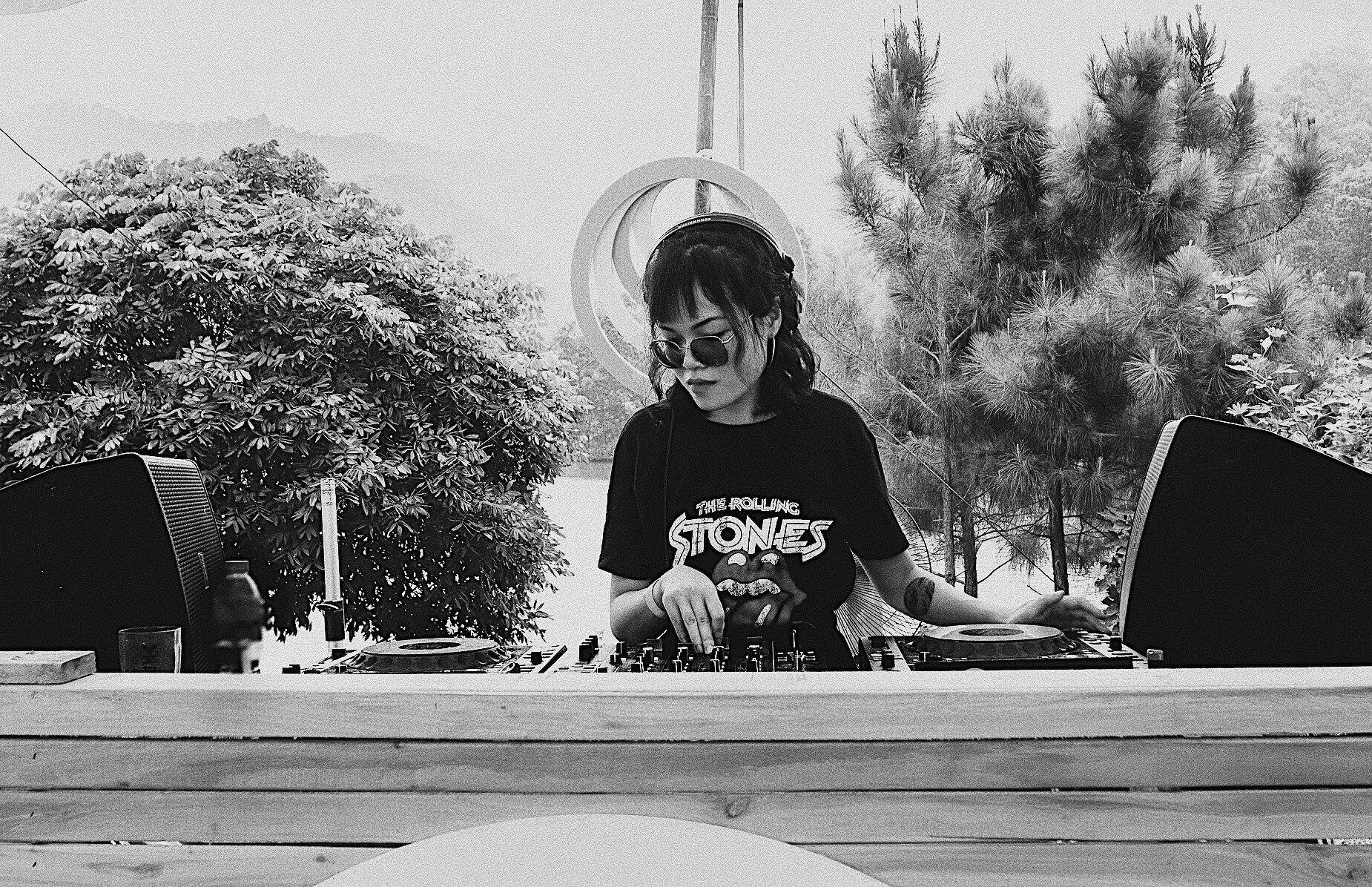 Di Linh: Since I started DJing, the local scene in Vietnam has brought me a lot of experiences. I believe some day when everything is back to normal, we can travel around Asia or Europe to broaden new horizons and see how they developed their music scene. Also it will be good to show what we have got in Vietnam. There is a long road ahead and endless ways to learn about music in the world.

7. Who are some upcoming DJs you’d like to see gain some traction? 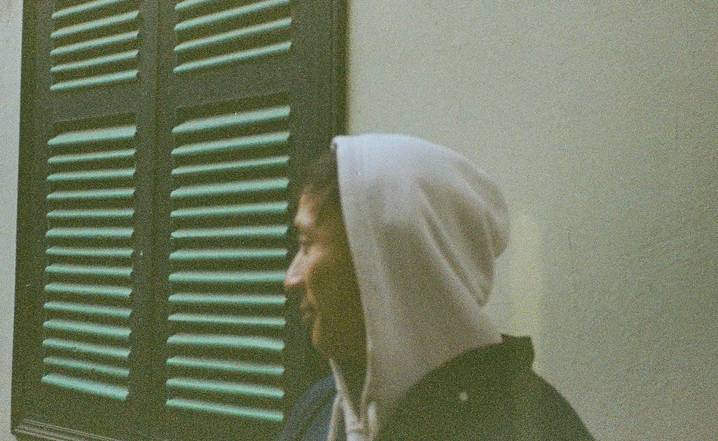 Zwi: People that I would like to see gain more traction is DJ-producer TrinhNu that you will find playing from his Vietnamese disco edits to more energetic 90s progressive/hardcore/trance.

An upcoming DJ to look out for in the Hanoi scene is Shandon with his selection of groovy house/techno that is always looking for the right balance between light, dark, strict rhythms and laid-back groove.

8. What other hangouts around Hanoi that you’d recommend visitors to check out? 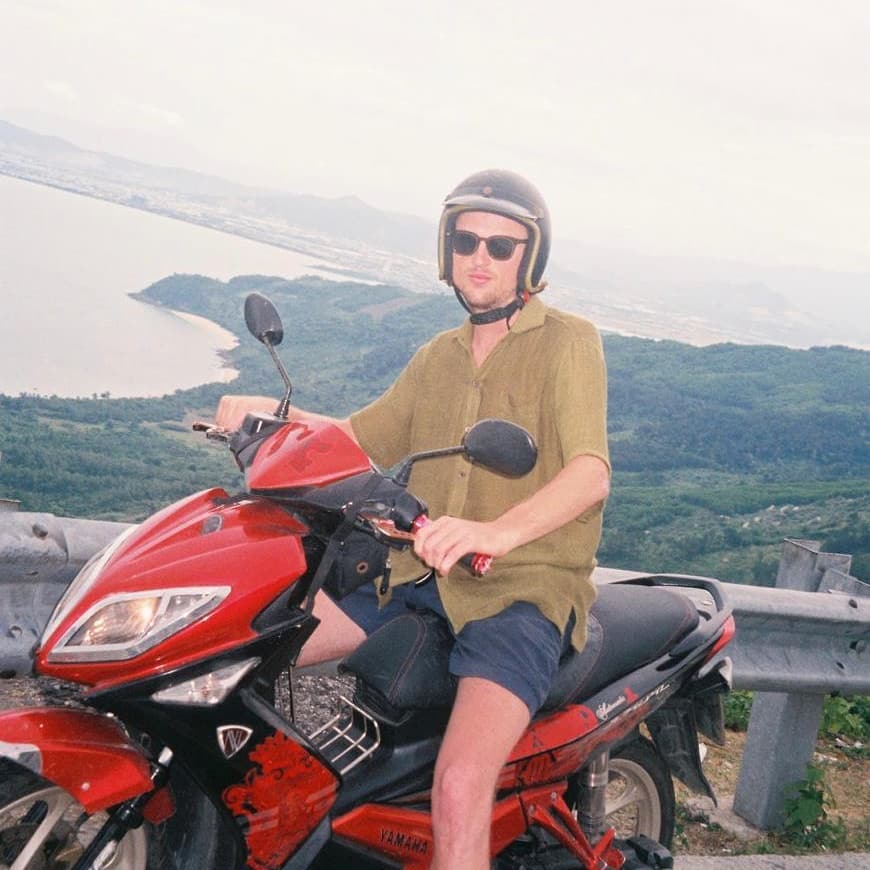 Barry Sunset: Hangin' out in Hanoi, Lang Thang on Truc Bach is my go-to for a whiskey sour or a casual beer, and catch up with the lovely and handsome bar staff. Then if I were to spill the beans on my coffee spot, It would be Gạt Tàn Coffee on Truc Bach, they serve a super nice Cà phê Muối (salt coffee) or Tranquil Books & Coffee, which is the perfect spot for a quiet personal chill!

Catch Ouissam, Miya, Zwi, Khoi Mai, RIfain, and Di Linh at, Savage Presents (Re)Treat which is happening in Mai Chau, Hanoi from 2 to 4 April. Get your tickets here.