Bringing Women Together Internationally: A Conversation About We Are Female, Vol. 1

Electric Soul’s Brian Hioe spoke to Chu Malkovich, who DJs as Le Chu, about WAPM Records’s We Are Female Vol.01, which features a number of female artists and was released late last month.

Brian Hioe:  How did the notion of gathering this group of female artists for this album come about? The line-up is not only all women, but also quite international. What was it like working together with so many people from across the world?

Chu Malkovich:  The idea arose from realizing that there are fewer women producers in the minimal and micro electronic music industry, I knew some, I started asking those I had listened to, some were more dedicated to being DJs than producers, but it happened, almost spontaneously, I always wanted to combine nationalities, in my case I am a female Venezuelan living in Quito, Ecuador and thanks to today's globalization it was possible to meet and connect with excellent women from different parts of the world, some new to me and others I met from a distance for the good work they have been doing, not only as producers, but also as DJs, label owners, event promoters, etc.

The experience of working with women from so many parts of the world was beautiful, we are kind of the same living in different lands, supporting each other, I love the idea of making them know through WAPM Records Label to the rest of the world from the people who already know maybe just one of us; in the end, we are human beings connecting with fun, love, work and good taste for the same music, truly an enriching experience.

BH:  Take us through some of the highlights of the album. How about your own contribution to the album? Could you also talk about that a bit? About Ocean’s contribution? What vibes do you hope that listeners take away from the album?

CM:  Normally I prefer with my platforms We Are Play Music and Label to give more space to other artists than to be the protagonist, but I thought that in this release it would be interesting to participate. In addition to owning the label I also produce and I am a woman, so I wanted to be part of it and I think it fit.

Music is expression. My track, Ode To Us, has a very special meaning, unknowingly, it sought to represent changes in my personal life, where changes and growth come from. Now I look warmer than when I started making it, and it is one of my favorites so far.

The Ocean track, as I remember, we wrote to her in private message, after casually bumping into me browsing, looking for female artists who were not only well-known DJs, but also in the world of production. I was able to see her previous works and podcasts, I wrote her, she thought it was a good idea to be a part of the project and we clicked instantly, in addition to being from Hong Kong which gave it an even more global touch, being a place far from where I live, she worked on her track in a very professional way, and I couldn't be happier to having her in the family on such a special release.

As for the vibes that people take from the album, it's something very personal, but I think the compilation has its own strength, where all the tracks compliment each other very well, from a deep minimal with chill vibes, going up for more flying tracks, connecting with heavier beats, there is something for all tastes within the minimal, which makes it a very complete and coherent VA. 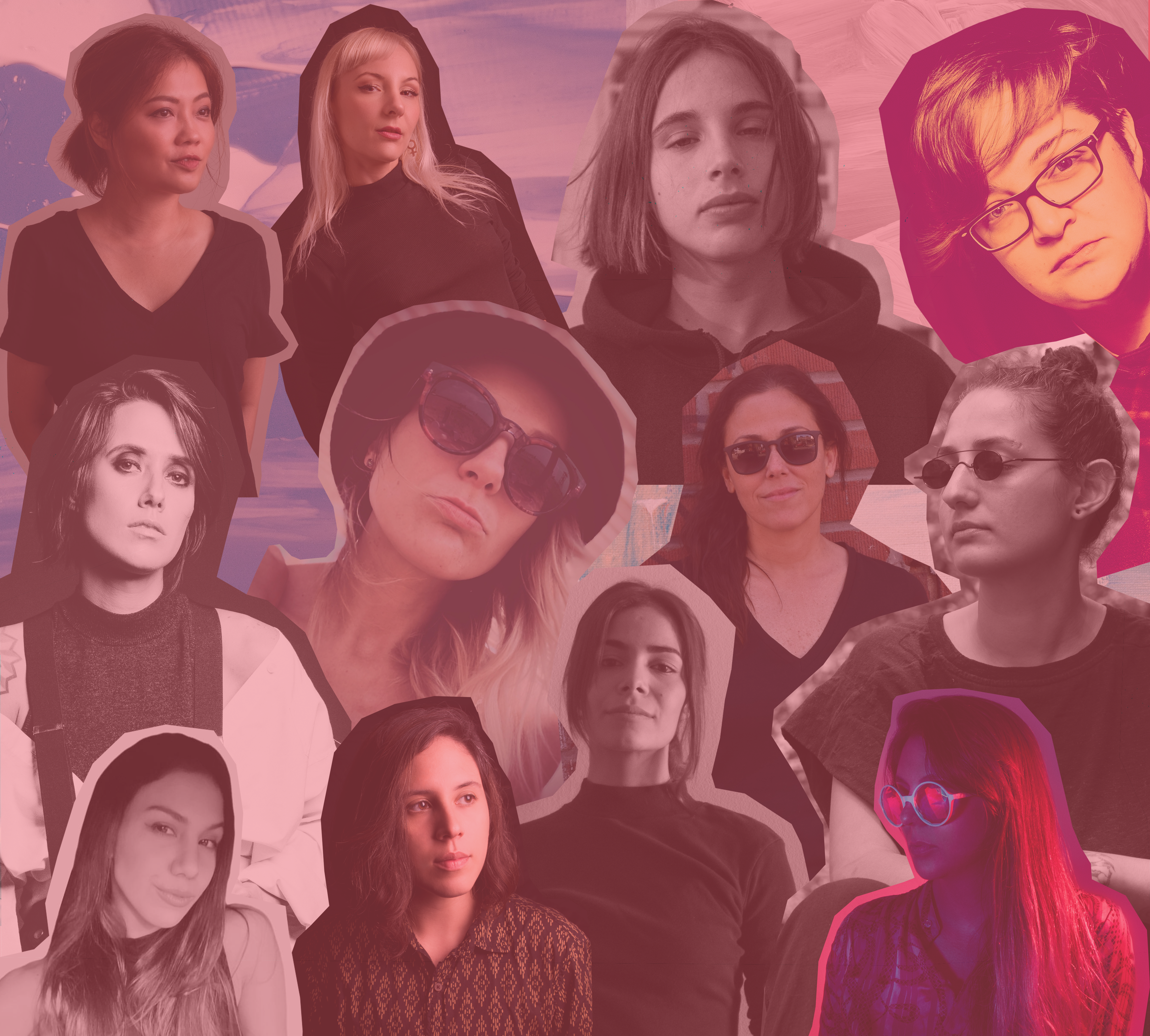 BH:  Is this the first installment in a planned set of future albums, featuring women producers? What are you looking forward to?

CM:  Last December we released a great EP with Barbara Alvarez from Mexico named Soy Tres, who was the first female producer to participate on our label that is also part of this compilation. In the same way, this is Vol. 01, we hope that Vol. 02 will come with more compilations under the same modality, possibly next year, repeating some artists and adding new ones.

Some other female artists have written to us when they found out about this launch, but in this case the album was already signed and closed. But continuing to open the doors to new or old female artists is the goal–as well as publicizing and integrating female artists in the industry.

BH:  Anything you’d like to say in closing to readers? Electric Soul has an Asian focus, so that is the audience you are speaking to.

CM:  I had the opportunity to be in Beijing once but I couldn't go to a party, I really liked getting to know that part of the planet, it was amazing.

As for music, I have interacted with several artists and people from Asia, I know that it is a demanding public, we would like to have more Asian artists in the Label, we have some followers from there, and we have also released various podcasts of Asian DJs. We have launched compilations by countries like VA Minimal Chile, Portugal, and Russia, why not start to work in VA Minimal from Asia for the We Are Play Music Label? We are open to new proposals and fresh music, we are all ears, we are citizens of the world, the passion for music is the same, no matter where we are, integration is the key to success.

To finish I would like to further incorporate the label and platform with the Asian continent and it would be wonderful to also be able to return, this time to play and interact with such a special audience, also my alias Le Chu seems to be from there, right? Hehehe.

Thank you guys for the space, support, time, and trust!