Connecting Asia Through the Digital Airwaves: Asian Community Radio in the Time of COVID-19

With COVID-19 having put much of the world on lockdown, occasions for partying are few and far between these days. So, then, have many clubs turned toward streaming. If anything, COVID-19 may have made streaming all the more important. In this way, the role of community radio strikes as more important than ever.

When I spoke with him last month online, Jorge, one of the founders of Manila Community Radio, comments that COVID has paradoxically been stimulating for development. “I’d always wanted to create a critical space like this, or a platform like this. It’s only during COVID that all of the people that I’ve been speaking to about it have been interested. So I’ve been pitching this idea to all of the collectives in the community here.” 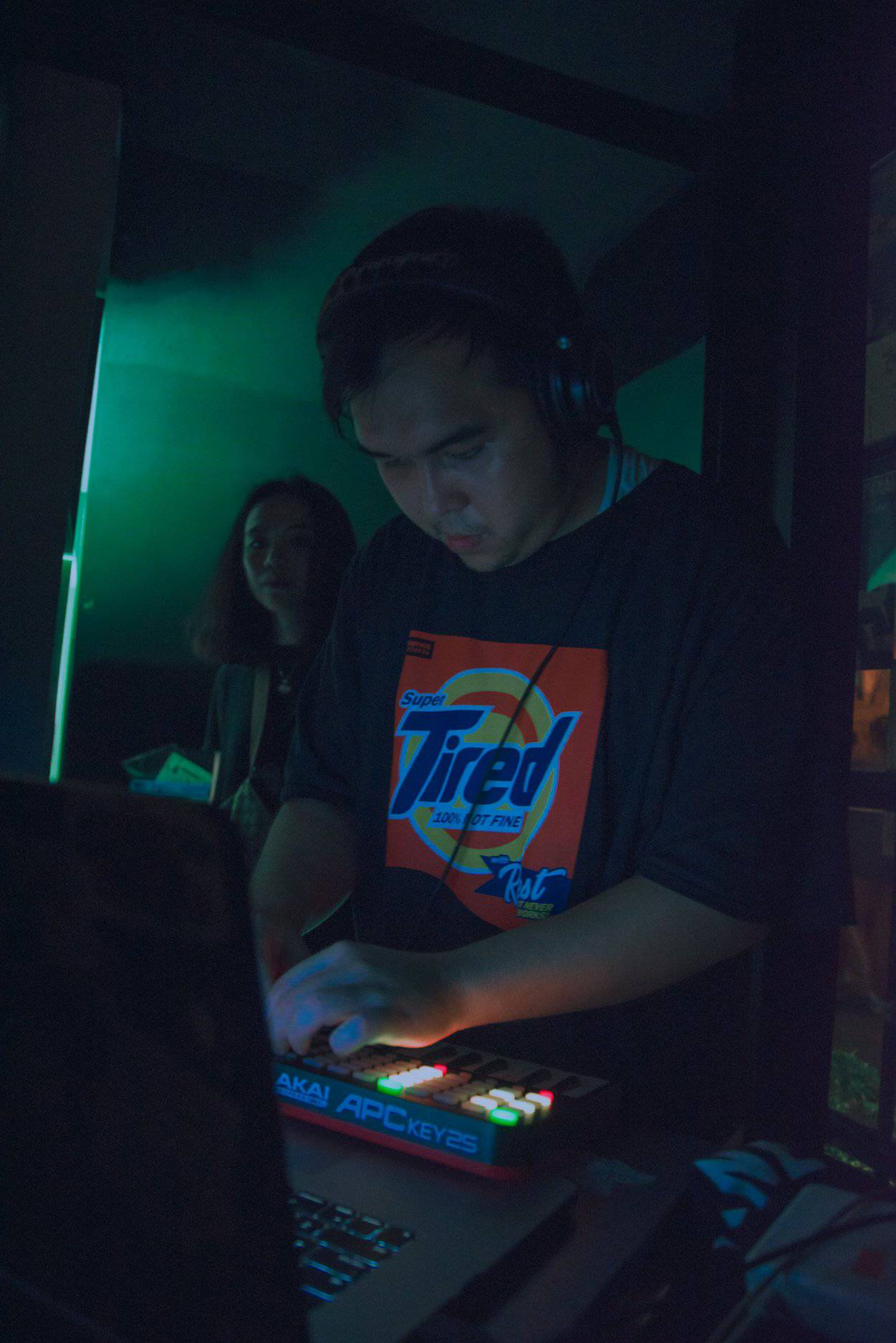 Jorge went on to discuss the role the Internet has played for MCR and other community radios. “I feel like the Internet is one of the last free spaces where we can create platforms. There’s a way in which it organically reaches who it’s meant to reach. I’ve always believed in the Internet, so that’s sort of brought me toward community radio. And it’s curated by people, not algorithms.”

Clansie Cheng Daoyuan, a Taipei-based DJ who hosts a show on Hong Kong Community Radio, echoed this over coffee. “COVID has actually brought us closer together. Because everyone is online. People want to develop connections with people who are farther away,” he says.
Some community radios also run spaces, while some struggle with their lack of a space. Taipei Community Radio has no physical space, for example, while Seoul Community Radio runs a physical space in addition to running its community radio station. Singapore Community Radio previously ran a space before stepping back to focus on fundamentals.

A space can supplement a community radio. But some take the view that community radio should offer a different sort of space, because even when community radios have spaces, they are usually smaller and offer more intimate events, and provide greater opportunities for DJs to experiment.

"We want to give people a chance to expand what they usually would do and be themselves, without the pressure of keeping people on the dance floor", said Rich SCR, one of the founders of Seoul Community Radio. Similarly, speaking personally from a purely personal capacity, Jorge describes Manila Community Radio and other projects he is involved in, such as the online digital club, Club Matroyshka, as a “response to club politics.” “We also wanted to create something away from the gatekeepers of the air waves in Manila,” he says.

Indeed, many community radios seem to aspire to break out of cliques and niches, something that club environments or favoritism between clubs can sometimes engender. Rich reflected, “We like to support all the clubs, without picking a particular partner, and avoiding the politics. The nice thing about community radio is that we have an overview of the scene.”

Having an overview of the scene and pushing boundaries seems to be a shared ethos among community radios. For example, some community radios stand out for their breadth of programming--such as Hong Kong Community Radio recruiting DJs from across Asia for their shows.

Allen Huang, one of the organizers of Taipei Community Radio, said to me that he sees it as something of an index for the scene in Taipei. “We are an archive and a resource. People reach out to us just to find out who people are.” Rich says that Seoul Community Radio is “like an information desk.” Licaxxx, one of the founders of Tokyo Community Radio, felt similarly. “I hope that when my foreign friends come to Tokyo, they can have a better understanding of the Tokyo underground scene through Tokyo Community Radio before they arrive,” said Licaxxx.

According to Rich, this has historically been helped by touring. When artists tour, “It’s a nice side dish to play on community radio. Sometimes you get people saying that’s the highlight of their tour--being able to play in a chill environment that gives them a chance to relax and play what they want to play and showcase a different side to themselves than what they would play in a club.” But because of these interactions between local and visiting artists through community radio, community radio can provide a guide to the city for visitors.

This can be a way to build careers for lesser-known local DJs by putting them in touch with international artists. “It’s about linking people’s careers to the rest of the world. Half of our listeners are international, which is very cool,” says Rich. Jason, a Taipei-based DJ involved in Tokyo Community Radio who DJs as baloneybillionaire, felt the same, “Every city has their way of doing things. It’s intrinsic to the city. Not just music.”

In line with trying to break boundaries, other community radios have sought to expand to just beyond music, such as with Singapore Community Radio seeking to branch out to content other than just music, showcasing artists and other creatives. Sometimes this isn’t only aimed at allowing the international world to understand a specific scene, but to provoke greater self-understanding in that scene in itself
Darren, the creative director of Singapore Community Radio, stated that this came from a desire to force more interaction among creatives in Singapore. “A lot of the creative community had their own silos. With social media algorithms and their own followers, they didn’t really interact as much. If people are into the visual arts,  they’ll be stuck into little pockets on Facebook or Instagram and become oblivious to other creatives outside of themselves,” he said.”

Hwee En, who handles much of the branding for Singapore Community Radio, also felt the same way. “We want to debunk the myth there’s nothing happening in Singapore. We want to create a platform for people to realize there are things in Singapore they are not aware of, to come out of it and go that there’s something that they learned about the state of the arts in Singapore, or the different genres of music produced in Singapore.”

“If more people know that there’s such a scene, you can inspire more people to come out and say, ‘Hey, I exist,’” said Jorge. Hilmo, one of the founders of Indonesia-based Radio 404, expressed to me that this focus on the local scene can, paradoxically, allow for greater exposure to international trends. “Not many are exposed to the international world here. So we can let people know about electronic music.” 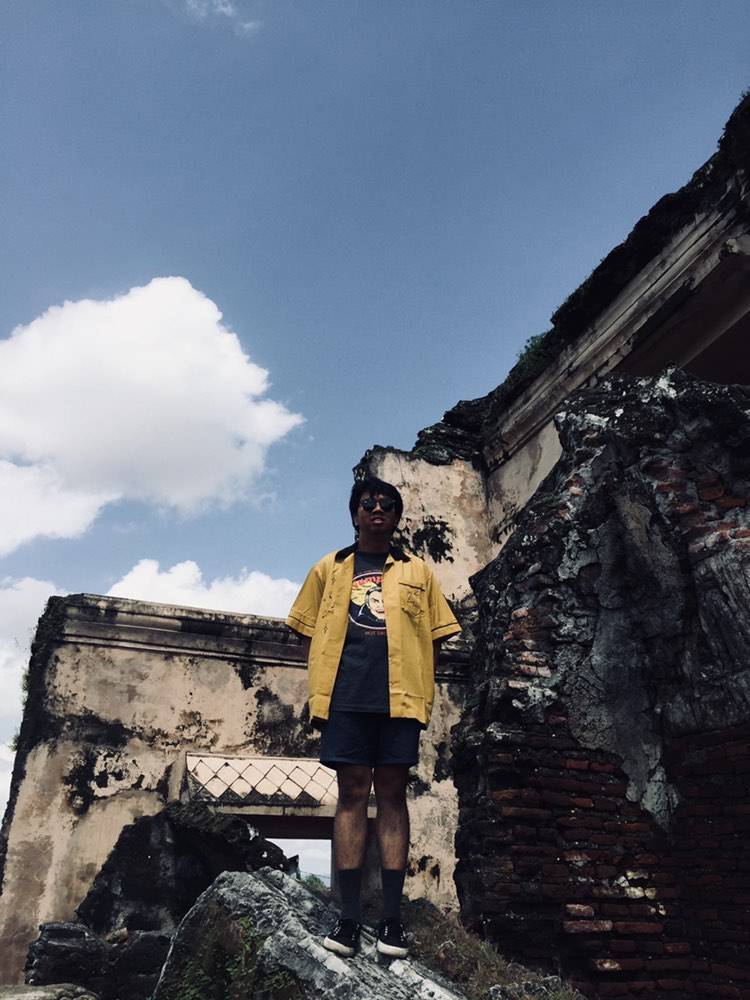 What is shared, then, is the challenge of balancing a bottom-up and horizontal approach, retaining focus on community while using the resources from partnering with larger outlets to achieve projects that would otherwise be impossible. But this can be challenging, particularly when one is trying to carve out something new.

What happens for community radio after COVID is a question. Spaces have shuttered across the world and resources are scarce. As Darren comments, spaces are less crucial to community radio than they are to live events or clubs. “Now you don’t need a full studio to get the sound or visuals you want,” he says. Even so, community radios still often do need a space in order to keep up until activity.

Perhaps what’s needed, then, is greater mutual aid between community radios. “Post-COVID, more than ever, we’ll be very reliant on each other internationally,” says Allen. “This kind of transnational community needs to keep each other healthy. We can’t do austerity on our scenes. We’re down at the bottom, so there’s going to have to be a lot of support.”