Finsent, Co-Founder of Utopia, shed light on travelling under COVID between Macau and China

Brian Hioe:  Could you first introduce yourself for readers that might not know you?

Finsent:  I’m Finsent from Hong Kong. I’m a DJ and event organizer. But because of COVID and also work, I moved to Macau. I organized events primarily in Hong Kong in the past, after moving to Macau, I’m only a DJ. My day job is in engineering, in the construction industry, I’m responsible for project management. So I have several different identities.

BH:  How did you become a DJ? How did you originally come in contact with electronic music?

F:  Because I liked to go to parties in the past. When in Hong Kong, after going to those parties, it was due to a friend’s influence. He had bought some DJ gear, then we started playing around together. I didn’t think about being a DJ originally but it was due to his influence. Since then, I haven’t stopped.

BH:  Later on, you started organizing parties yourself?

F:  I started to DJ in 2008. I probably started organizing parties with friends in 2015. We organized as a party label by the name of Utopia then. I organized sometimes with friends before that, but more officially with Utopia.

BH:  That was while in Hong Kong?

BH:  Then later on, you started playing in other places?

F:  In the past, it was all in Hong Kong, but from time to time I would go to other places. Not too often. Sometimes I would go to Guangzhou, Thailand, or Japan. But not as frequently. Because of work and due to COVID-19, I ended up moving to Hong Kong, and so I started DJing in Macau two years ago.

Macau is very close to Hong Kong in terms of geography. As a result, I knew some friends that organized parties in Macau. When in Macau, they would get me to play. But because of COVID-19, Macau and the Chinese mainland don’t have restrictions, to people from Macau can still travel to China freely. This isn’t the case for Hong Kong, where things are closed, we can’t go anywhere.

Because I got to know some DJ friends from Macau while DJing, they had stronger connections to the mainland. Because of these friends, I got to know the underground scene in the mainland much more. So I slowly began to have opportunities to play in China. I came to realize that performing as a DJ gave me the opportunity to go to different cities. When I went to the mainland, I could perform in different places, and take a look at different cities. Like Chengdu, Chongqing, these places I hadn’t been to before. It felt quite nice.

BH:  I see you’ve traveled around to a few places in the past half year.

F:  That’s right, I’ve traveled to a few different places in the last half year, it’s been fun.

BH:  What do you think is particular about the underground scene in Macau?

F:  Truthfully, Macau is a small place, I think it’s only around 500,000 people. So it’s smaller than Hong Kong. Among people that play music I like, there are maybe only three organizers.

But though the scene is small, everyone keeps at it and is very passionate. They won’t feel that they can be more casual because the scene is smaller, they do proper promotion like in Hong Kong, and also invite guest DJs.

Listening to people who are from Macau, they said that people from Macau liked to travel to Hong Kong for parties in the past. It’s only an hour by boat. They organize parties locally not too often and there weren’t many people that came to underground parties. 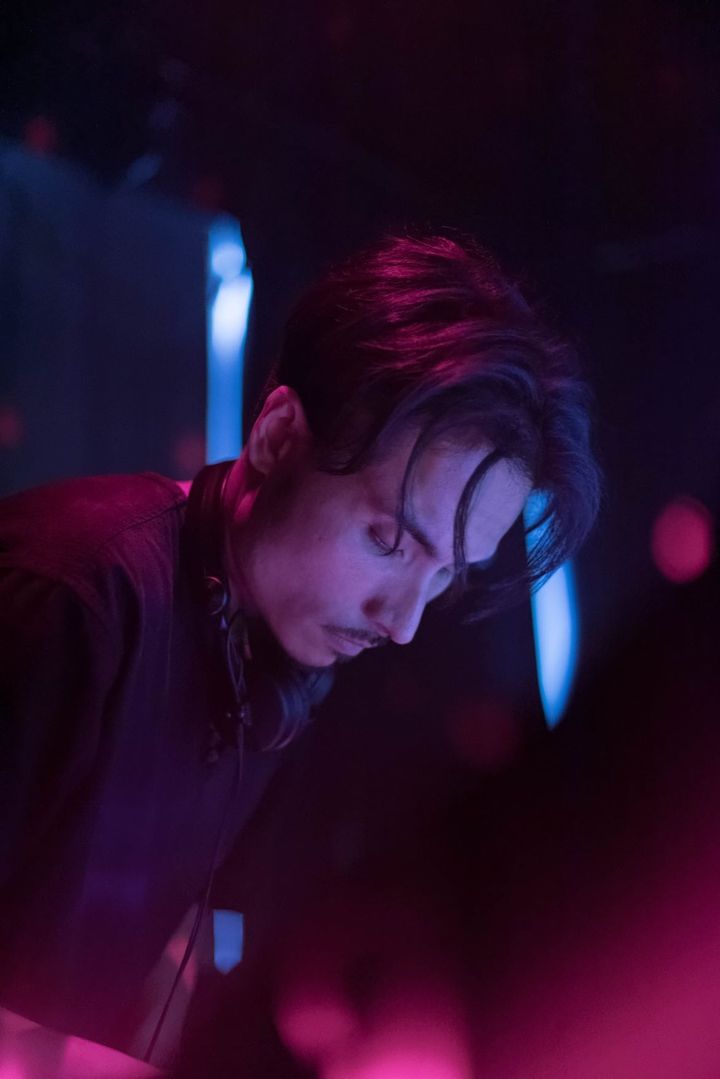 BH:  So you think COVID-19 strengthened these ties between China and Macau?

F:  Yes, it strengthened that connection. For one, China has COVID-zero policies, it’s strict toward people that fly in from elsewhere. So it’s difficult for people flying from Europe, the US, or these places to enter. But Macau and China don't have these restrictions, that makes Djs in Macau have more opportunities to play in China, vice versa.

But the changes in China are also interesting. In the past, clubs would focus on booking foreigners as guests, each weekend would have different foreign guest DJs. Each club would do bookings this way for international bookings. However, due to COVID, you’d have issues with this, you could only rely on local heroes, that is, local DJs.

For example, Shanghai. Shanghai is a big city, it has twenty million people. There might only be a few dozen underground DJs. There are a lot of clubs in Shanghai, maybe seven or eight, I don’t know. But these DJs still repeat even in the different parties and it’ll keep on repeating.

The result during COVID was that the DJs from another club in another city would come over. They set up an exchange program. This exchange program only developed during COVID, it didn’t exist before. But because of this program, the connections between clubs grew stronger, So there’s a new normal for DJs in China, some keep on touring if they’re more famous.

F:  Yes, Macau organizers can also pick from mainland Chinese DJs as guest DJs. They would have to look there because as for now they can’t invite international DJs. I have a Japanese friend who is an organizer in Macau, he’s starting to invite some Chinese DJs.

BH:  What do you have planned in the future?

F:  I’m in Macau now but don’t have plans to organize events here. I want to focus on music production, which is an ongoing project, to put together some mixes and performances in the pursuit of inspiring sounds. I want to create new experiences in a DJ set.

BH:  What do you plan to do once COVID ends?

F:  After COVID ends, I’m looking forward to returning to Hong Kong and starting to organize events again. My party label in Hong Kong is called Cipher, we organized events there before I ended up in Macau. This is what I hope for most, to be able to return to Hong Kong, get together with my DJ friends, and organize Cipher parties.