From Classical to Electronic and Beyond: An Interview with XIAOLIN

Brian Hioe:  Could you first introduce yourself for readers that don’t know you?

XIAOLIN:  My name is Xiaolin. I am a DJ and producer, but I mainly consider myself a producer.

BH:  How did you first become interested in electronic music? Because I read you were a classically trained violinist originally.

XL:  I originally studied piano and violin when I was five. I branched out because I went to study classical conservatory at Juilliard.

BH:  I’ve noticed there seem to be a lot of electronic musicians with classical backgrounds.

XL:  That does seem to be a new thing--a lot of classically trained people going into electronic music.

But I guess that makes sense because, as great as it is, the jobs are very limited with classical music. I can imagine that people who want to study electronic music can’t find many places to study it, so they start with classical.

BH:  Was that your experience at Juilliard?

XL:  No, I didn’t discover electronic music at that time. I went into Juilliard wanting to study music so that I could be a songwriter. I never wanted to be a classical concert violinist or anything like that. I saw it as a good place to be able to pick up some music theory.

In the last of my four years at Juilliard, I started going to jazz classes at the school and I picked up jazz. So my graduation recital was half classical and half jazz.

Before shifting to producing though, there was Berklee. After Juilliard, my parents were like, “Okay, it’s clear you don’t want to do classical music. So maybe you should try Berklee.” That was where I decided I wanted to be a producer.

Because they have an actual electronic music program. I studied my first year in jazz and contemporary music and in my second year I did music technology. Which doesn’t just involve music production, it involves technology related to music, like projection mapping and even a small bit of coding. 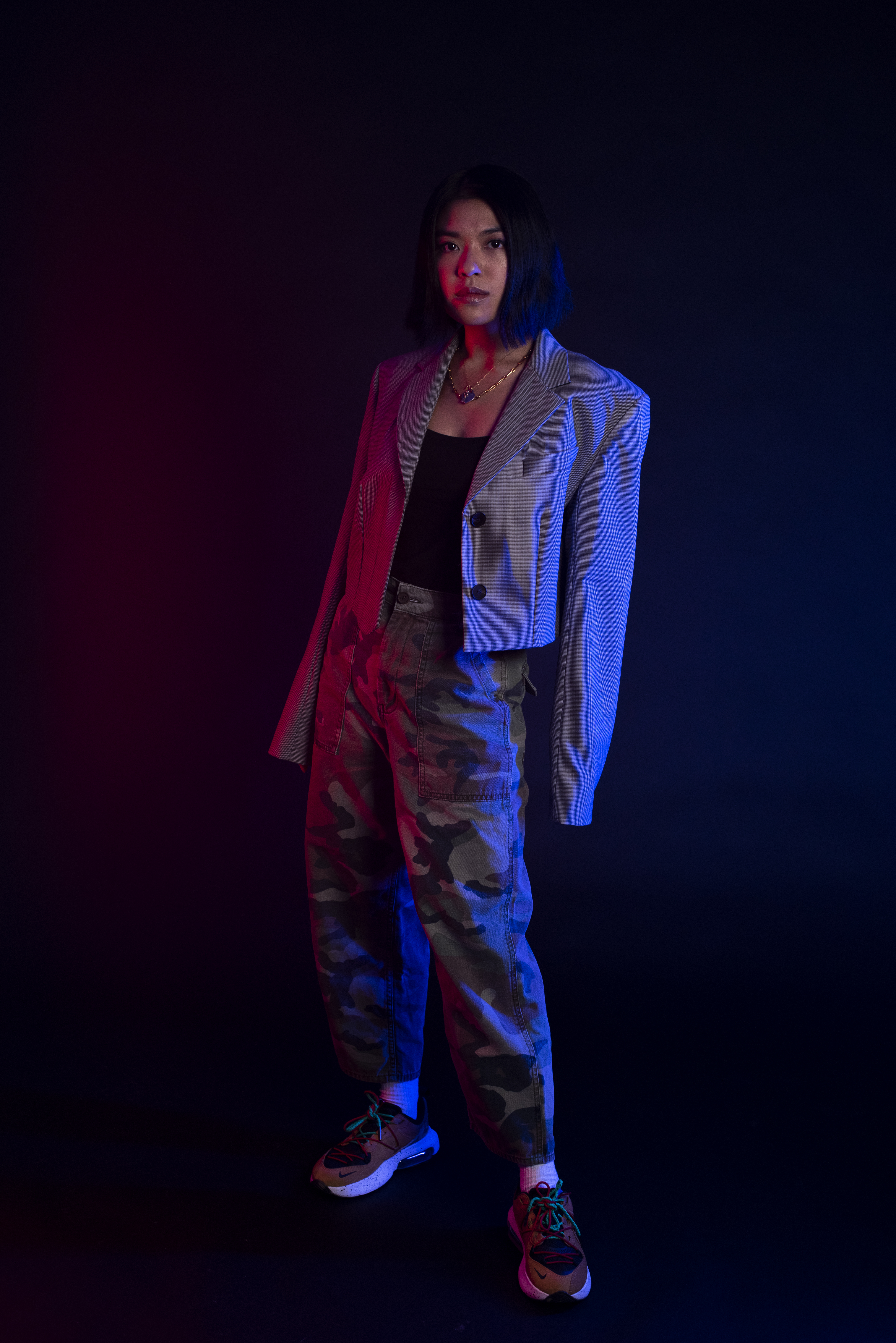 BH:  Your first EP came out earlier this year. Could you talk about that a bit?

XL:  That was a really big moment for me. For a long time, I haven’t had the confidence to release anything, I didn’t want to release anything that wasn’t solidly my sound--because as a producer it’s quite important to have your signature.

For three years after I graduated from school, my style was changing all the time and there wasn’t a set style. I just didn’t feel really comfortable releasing anything.

Recently, as of last year, I’ve kind of settled into electro as my style. I would say now I classify my sound as dream electro.

BH:  How has the reception been to your EP?

XL:  I was surprised. Mihn is a relatively new label. But I was really surprised to see that there were really good reviews of it. Resident Advisor did a review. Mixmag did a premiere. My track, “Lion Dance,” which is not the title track of the EP but is the second track, got the most playtime.

BH:  How did you become involved in Mihn club? You also organize Hex.

XL:  Hex is actually my creation. I created the party Hex. The concept of Hex is that it’s a journey night. 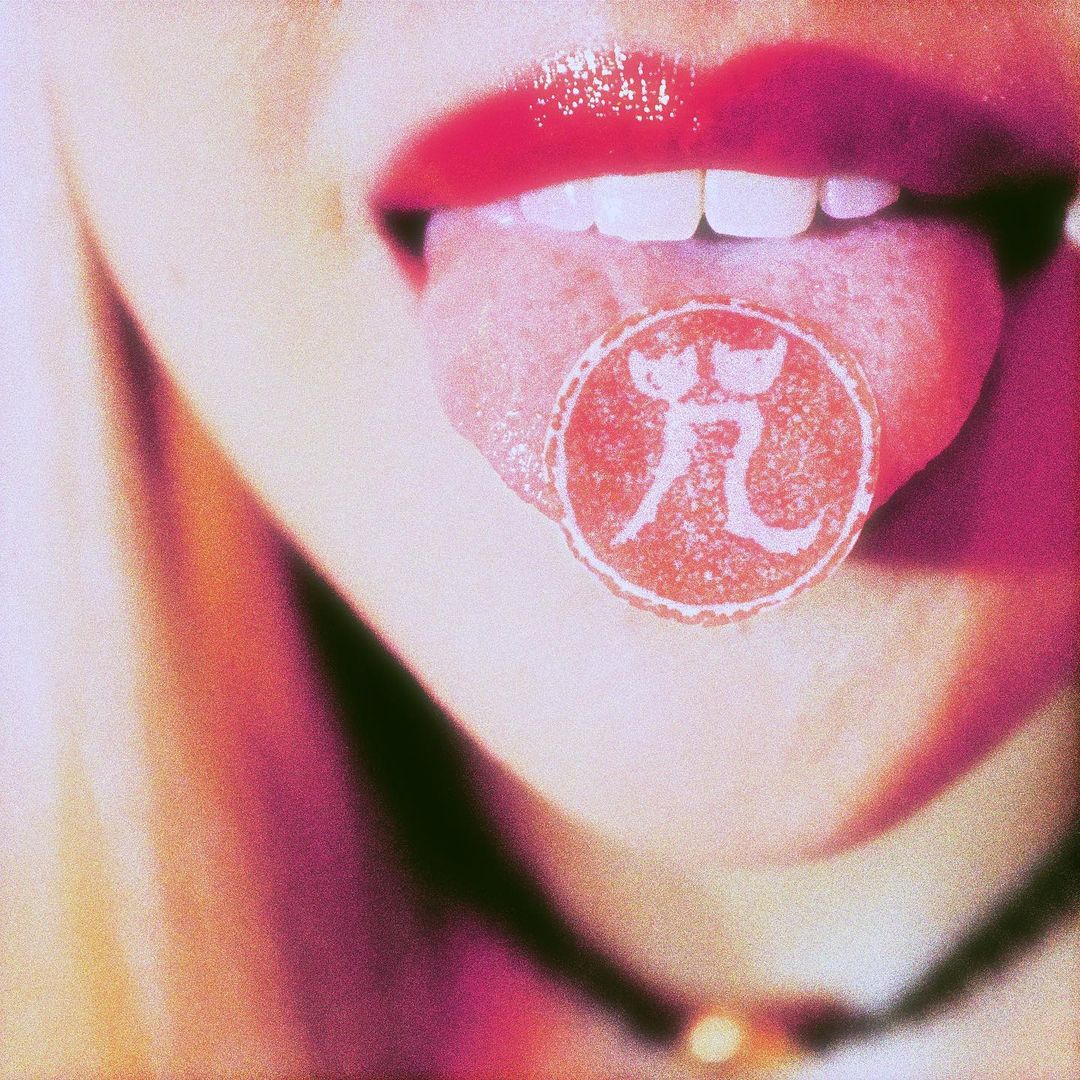 It’s not set to a specific style. Party nights are usually like “Industrial techno night” or “Italo disco night.” But the whole point of Hex is that it’s like one long track from beginning to end. It’s about telling a story and it takes people on a journey.

It’s kind of what I first heard when I went to Panorama Bar in Berghain in Berlin, one of my favorite clubs. Every time I go there, it’s different and there’s no specific style. It changes throughout the whole night. It can go from salsa to Britney Spears to techno to jungle. You never know. That’s what I love about DJing and what I want to bring to the crowds in Hong Kong.

It’s so dependent on genre now. I understand that people want to be sure that they go to the genre they like, but I feel like if they trust the DJ, they know that the DJ has the capability to play whatever. And it will be a fun night.

That’s kind of a new idea at Mihn. I think people are still catching onto it slowly.

BH:  Right now, you’re touring China. How has that been?

XL:  It’s been boring! Since I’ve been in quarantine for the last two weeks. It was a bit stressful organizing the tour. But I’m very happy I’m going.

I had postponed it once before, due to timing concerns. I was supposed to go during Golden Week to China. But that was just too difficult for my schedule, that was too tight.

I was going to do Oil’s four-year anniversary. But because the government suddenly changed the quarantine rules to twenty-one days from going into Shenzhen from Hong Kong, then I postponed my Oil date to a normal night. I still proceeded with the tour, but just starting from Shanghai instead of in Shenzhen.

It was a bit of a Tetris puzzle trying to organize it. It was definitely a process. But I think it’s important for me to go outside of Hong Kong, because we’ve been stuck here for a really long time. It’s just time to go out and listen to some new music and meet some people. And absorb new information and knowledge so that we can improve.

BH:  That’s one of the things that can’t happen during COVID, without touring. It seems like there were a lot of logistical challenges then.

XL:  Yeah, but I’m happy we got it together. It’s going to be a short tour this time, I wanted it to be longer, but I actually have another show in Hong Kong at the beginning of December, which I have to do because I’m producing it.

BH:  Ah, I was going to ask about that. Is that “THE SPACE BETWEEN US”?

XL:  That’s not it, but I am working with the same person. I’m working with Stephanie Tang, this super talented photographer and a very dear friend of mine. She had invited me to do “THE SPACE BETWEEN US” with her.

It was a very vague concept in the beginning: “What does it mean to be present?” She asked me, “Olivia, what does being present mean to you?” And I was like, “Um, I guess, presence for me is the negative space between the past and the future.” That’s why we named that piece, “THE SPACE BETWEEN US.”

BH:  Are there other projects you’re currently working on?

XL:  I just did a chart for Phonica and I just did a remix for a small label in London called South Space Records. I’m also working on my second EP. I finished two tracks already, so I still need one more, and I’m going to get a remix from another producer. Probably from the UK.

That’s probably going to come out on vinyl. Because the first EP was digital-only. I’m looking forward to having a first solo EP on vinyl.

BH:  Is there anything you’re planning on after COVID? Things that you’re looking forward to as things open up.

XL:   Right now, I think everyone is really frustrated with the situation. Especially in Hong Kong with this quarantine situation. It’s very difficult to go on tour.

Ideally, I would like to go on a European tour in the next year or so in the summer. But it’s just very difficult to predict what’s going to happen, because I don’t think anyone wants to do twenty-one days of quarantine. We’ll just kind of see how the quarantine rules relax by next year or not.

In the meantime, I would like to start more music for video games, like retro video games and also a few new NFTs. I just did a couple of NFTs already. And doing some music for film. But not a lot of film music uses fully electronic composers, so it depends on the film.

BH:  What else do you do outside of electronic music?

XL:  I’m a huge yogi. I do a lot of yoga. I’m quite passionate about metaphysics and spirituality, so I like to read in my spare time. Dense books like Yangyan philosophy and stuff like that. My spiritual growth is equally important as my musical growth to me.

I spend quite a bit of time every day focusing on that and meditating every morning. I’m currently doing kundalini yoga. That helps with mental health, because that’s such a crucial thing. I also do a lot of weightlifting and sports of all kinds, but mostly climbing and weightlifting, as well as yoga.

That’s my main other passion. These days, it’s getting really busy, so after quarantine, I’m not going to have as much time to do that.

It helps to keep a balanced mind. I’m not like a typical DJ in that I’m more of a daytime person. [Laughs] It can be difficult to be at the club until 4 AM on weekends, so I try to balance it out on the weekdays. I try to have a normal sleep schedule and do my yoga.