‘Our Competitor is Our Past Self’: An Interview with Lloyd Chiu of B1

Lloyd Chiu, who DJs as MiniJay, is a veteran of the underground music scene in Taipei. Like the club he runs, B1, he has an unpretentious and direct manner, getting straight to the point in conversation. I spoke with him shortly after B1’s second-anniversary party in December, with B1 having announced plans to move this week. The following interview is part of a series of interviews conducted by Electric Soul with owners of underground nightclubs in Taipei.

Brian Hioe: Can you first introduce yourself for readers who might not know you?

Lloyd Chiu: I’m Lloyd Chiu. I’ve DJed for about 12 years. I founded Bass Kitchen and held many events in underground venues. I primarily DJ house and deep house, but I also play some techno. It’s been around 12 years.

BH: How did you start DJing?

LC: In the beginning, I just liked the music. Later on, there was a period of time when after going to many events, though I felt that the music played by many DJs was good, there was something more. So I thought I could become a DJ too, that I might play songs different than theirs. That’s all.

BH: How did you encounter house or deep house, originally?

LC: I had a friend then that normally played house or progressive house. For me, when I first encountered such music, it was very fresh. I liked it better than heavier music then. It might also just be my personal tastes, I like what is more refined. That’s how I entered this world and gradually began to explore.

BH: What was popular twelve years ago in nightclubs?

LC: It was primarily EDM or trance. It’s still like that. But there is less of that now. There’s still a lot of EDM, because they have to play that in more commercial venues, they need to cultivate more mainstream customers. They might not be as focused on music. What they want is for the venue to be lively and exciting, or they put their priorities on drink sales. For us, we’re more focused on the music itself.

BH: How did you start Bass Kitchen?

LC: For the same reasons. It was a feeling that Taiwan was lacking in this music. There wasn’t anyone organizing events. So why not just start doing things yourself? I couldn’t ask others to do it and they might not get it. So we started Bass Kitchen and invited some talented house DJs to come play in Taiwan. 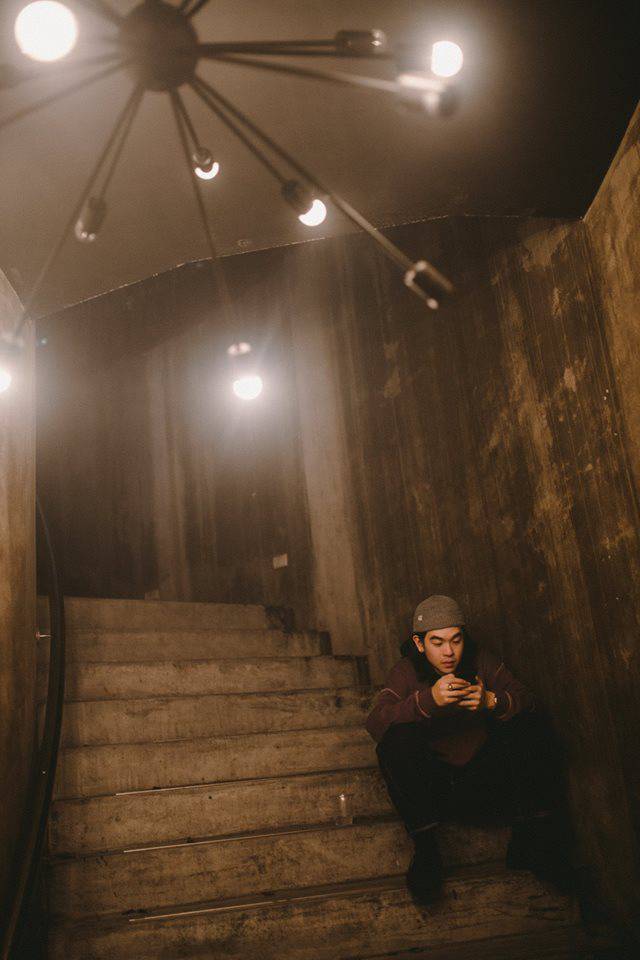 LC: There was a period of time in which Taipei--or you could say Taiwan as a whole--was really lacking in this kind of music. By chance, we met the owner of this place. They wanted to create an underground space as well. We talked and felt that working together would work for both sides. That’s how B1 began.

BH: So this building is normally an office space and originally B1 was an underground parking lot?

LC: That’s right. There originally wasn’t anything in the basement. It was just empty.

BH: It’s been two years since B1 began operating. What changes do you think you’ve seen in these two years?

Now people have more choices. Some people might look at us like we’re competing, but for me, I’ve never thought about it as competing. I only compete with my past self. I only think about how to improve myself, I’m not interested in doing things differently because of how someone else does things. I don’t think there’s any need for that. You just have to think of how to be better next time than the previous time.

BH: What kind of differences do you think there is between running Bass Kitchen and running B1?

But now you have to keep the club going. You have to take care of your workers. They depend on you to have food on their tables.

It’s simpler when someone rents your space. You just have to make sure you break even. Once you’re done, you can relax. But if you run your own event, you can’t rest. You have to keep thinking of what next week’s event will be. What the event after next week will be. What the event next month will be. You have to keep in this loop. And so forth. It’s not that once you’re done, you can relax.

There’s no way to relax, when you’re running a club. You have to keep pushing forward.

BH: Were there any challenges this year, in particular, in running B1? Though Taiwan hasn’t been very much affected that club nights can continue to take place, the COVID-19 pandemic broke out this year, and international artists can’t travel to Taiwan now, for instance.

LC: Yes. We usually invite many skilled international artists to Taiwan, but that’s not possible now, so we have to shift how we do things to maintain interest. So there’s more focus on local DJs.

BH: It’s also the case that because Taiwan was not so affected by COVID-19, we’re one of the few places in the world that can keep holding events. Though B1 did do some live streams before, in the earlier part of the pandemic when there was still concern. Like the one I played at.

LC: That wasn’t as much of a challenge, since it didn’t cost too much. We decided it was fun, so we decided to do that.

BH: What do you think is the biggest challenge in operating a nightclub?

LC: It still comes from income. Because our activities aren’t always completely full either. That’s probably true of mainstream, commercial clubs as well. You have ebbs and peaks. So you have to grow a consistent audience in order to be able to run a stable club.

LC: I hope so. While continuing to keep going, I hope that this allows Taiwan to be seen by the rest of the world. But we’ve had some links from the beginning. During the pandemic, some DJs or promoters have messaged me. Commenting that they’re envious, since they don’t have anywhere to perform now, and that they’d like to perform in Taiwan one day.

BH: Among nightclubs, B1 was quite early to take measures to prevent the spread of COVID-19. Like setting up a registration system or a temperature scanning machine.

LC: I think it’s sometimes speed that’s important. You have to be proactive to take these measures. Sometimes moving faster than the government. Or knowing what direction the government is likely to move in ahead of time, regarding measures to prevent the spread of COVID-19.

BH: What kind of direction do you want B1 to pursue in the future? The second anniversary was last week, as a two-day event, and it was sort of like a music festival.

LC: I think we’re open to anything. As I mentioned, our main goal is to push the boundaries of our past selves. I believe that, as members of the underground, we’re more independent and critically-minded as people. There have been many events in the past and people might think that we’ll do similar events, but we’re hoping to go beyond that. We want to see what ways we can do that. So we don’t rule out anything.

We see B1 not as just a club. We have a club alright, we have a base here. But we also think of B1 as an event in ourselves or as an organization that puts on events. We don’t rule out holding events elsewhere. That’s also possible. Including holding an outdoor music festival or something like that. Where that takes place might not be here.

BH: Are there any changes in the way you’ve worked in the past two years?

LC: I think we’ve created new scenery for Taipei. Not like in the past, where there might have only been one club doing similar events. In the future, we’ll continue to consider how to surpass our past selves. Rather than confined to just B1 and the second floor, we want to hold events outside, in places that people can’t imagine.

BH: Do you think there have been any changes in the past two years, regarding who goes to clubs? I feel like I see more and more younger people, like students, who have just encountered electronic music for the first time.

LC: Yes. From when we started up until now, those that come are people that like underground electronic music. But now, we gradually see some people that would only go to mainstream nightclubs in Xinyi in the past. They might be tired of that kind of scenery by now. For them, it’s a new experience. Some might also be interested in getting out of just listening to EDM.

It’s something that a group of people need to work on together. To create a music culture.