Clubberia and Tokyo nightclub WOMB has teamed up for a project that brings the focus on Tokyo’s underground dance music scene through a unique collab – Cross Tokyo. 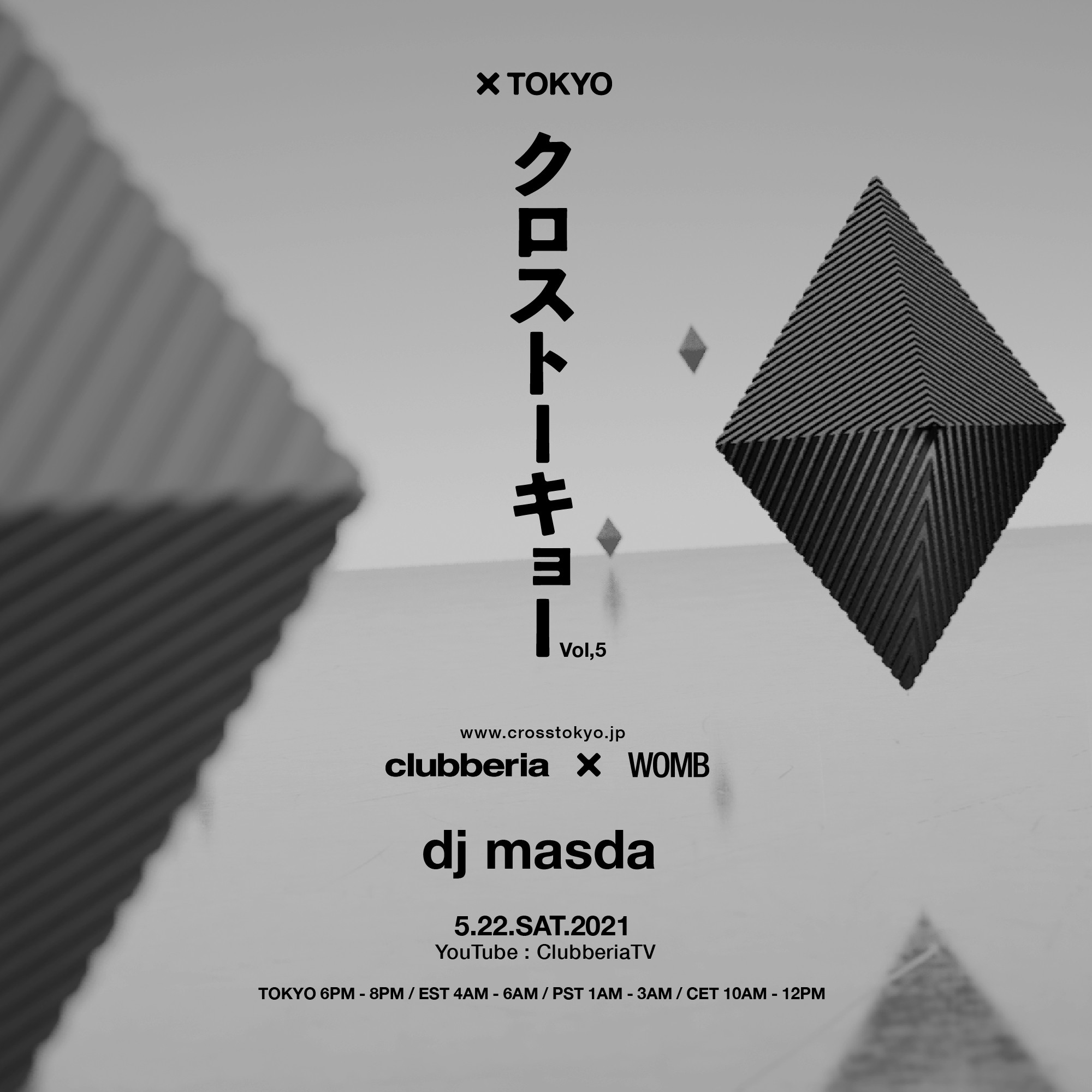 The fifth edition sees DJ Masda, a big name in the underground dance scene as the featured guest. The performance will be livestreamed on clubberia’s YouTube channel on Saturday 22 May, 6pm JST. The set will begin with an exclusive DJ performance and end with a panel discussion.

While he might have started out on the decks with vinyl, the Japanese DJ that now calls Berlin home has become known as one of the best curators of tracks in the scene. DJ Masda’s signature sound of deep house techno comes with a diverse track selection, with energetic podcast mixes for the likes of ResidentAdvisor, XLR8R, Technique Tokyo and Undersound.

The Cabaret Recordings co-founder also runs the highly raved Middle Of Nowhere parties, where lovers of the the deeper end of the spectrum revel in flawless sets of house and techno.

Cross Tokyo is a series of experimental broadcasts that crosses all aspects of the music experience, crossing content and media, music and video, academia and experience, past and future, classic and next generation. Previously, they have seen guest performances from Licaxxx, Ren Yokoi, Tsubasa Shimada and VJ Manami.

Stay updated with future livestreams and broadcasts on CrossTokyo.com.