Mountain Disco Combines Barbecue and Partying in an Intimate Venue

Mountain Disco, organized over the weekend by veteran DJ Databass with aid from the Rave Fun Taiwan crew, took place on the outskirts of Taipei as an outdoor event at the River Landscape Ecological Leisure Park. The park is located between Xindian and Sanxia.

The event was another one of a series of outdoor events in Taipei, with previous weekends having seen events organized by FINAL and Pawnshop. All of these events took place at campsites in Xindian, though Mountain Disco took place at the same weekend as clubs finally reopened in Taipei. In past years, events organized by Databass—who also runs the Chinese-language electronic music publication Earworm—have included not only occasional party events, but lectures and discussions about the history of the Taiwanese underground electronic music scene.

A number of the DJs that played are well-known stalwarts of the scene, including Chang Li-ren, normally Taichung-based Scott Noise, and Databass himself. A secret guest later turned out to be DJ Wayland. Much of the attendees were drawn from the outdoor party scene, with Rave Fun Taiwan, in particular, having done a number of free outdoor parties in recent memory. 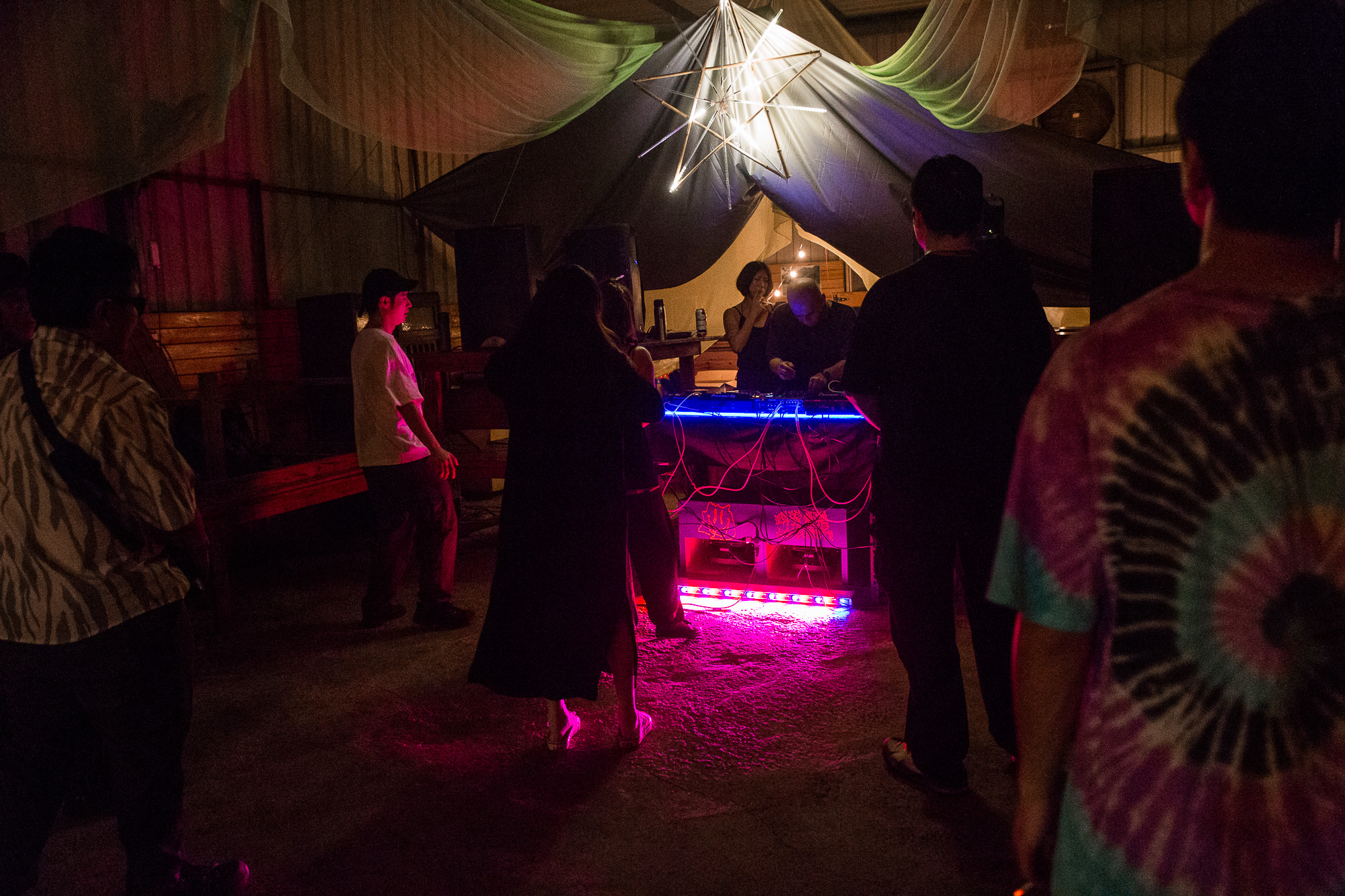 Musical genre ranged from psytrance to techno. Barbecue was also available at the location and individuals were allowed to camp outside if they wished to. Though space was limited, the venue offered an interesting combination of an intimate yet outdoor venue, with attendees drifting between barbecue and the dance floor often multiple times in the same set.