Fufu Record’s third release in the Double Happiness series of compilations is the rare example of an album in which every track is strong. Proceeds from the album, consisting of entirely releases by Asian producers, will be donated to environmental NGO One Tree Planted to contribute to reforestation efforts. The album’s producers hail from Indonesia, Japan, Vietnam, Singapore, India, Thailand, and Pakistan.

The album’s stand-out track is probably Batavia Collective’s Delta. The finely meshed melodies of the track gradually develop in sophistication, adding layers and complexity before drums that enter in the latter half of the track. But the album’s tracks more generally are complex affairs. CPS’ Moonlit, the next track, provides a dense forest of sounds to get lost in, haunted by whispers and horns. Halal Sol’s Only One returns to more standard house rhythms, but there’s never a dull moment in a track that manages to evoke classic house sound while maintaining a sense of freshness and polish. 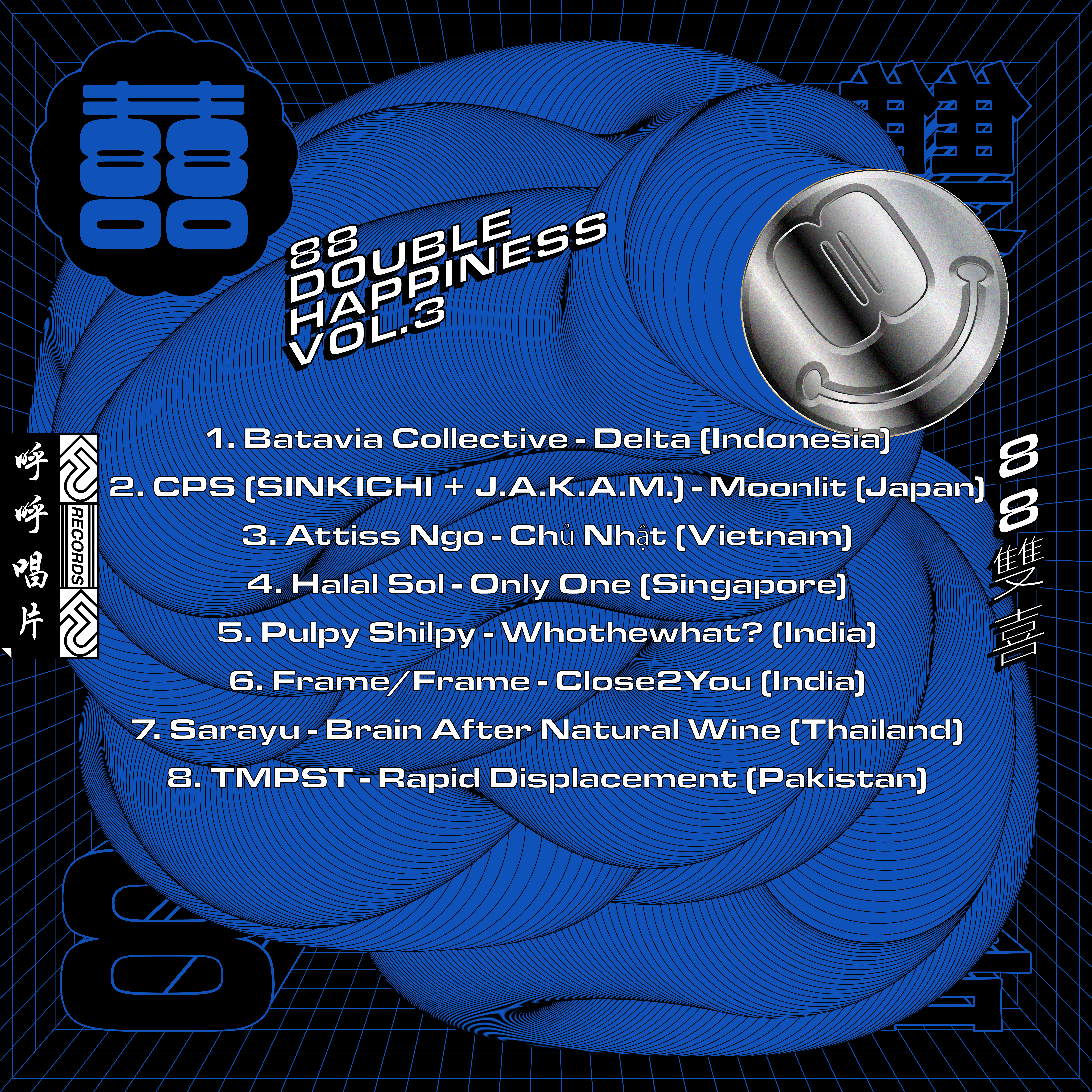 Attiss Ngo’s Chủ Nhật and Pulpy Shilpy’s Whothewhat are lush tracks built around basic melodies, while Frame/Frame’s Close2You kicks things into high gear with its speed and sense of progression. Sarayu’s Brain after Natural Wine maintains a house sense of rhythm while building anticipation. TMPST’s Rapid Displacement is probably the hardest track on the album, as a straight and out techno track—the track manages to end things on a high note.

Double Happiness Compilation No. 3 is not to be missed.