Peter Freestone, from Electric Soul’s partner publication No Man is an Island/New Bloom, picks his favorite psychedelic sounds from 2021, which are primarily experimental albums by music producers from East Asia. ​The following list doesn’t follow in the order of No. 1 to No. 10 in the standard sense of a Top 10 list, but is ordered in a way that makes sense given the theme. 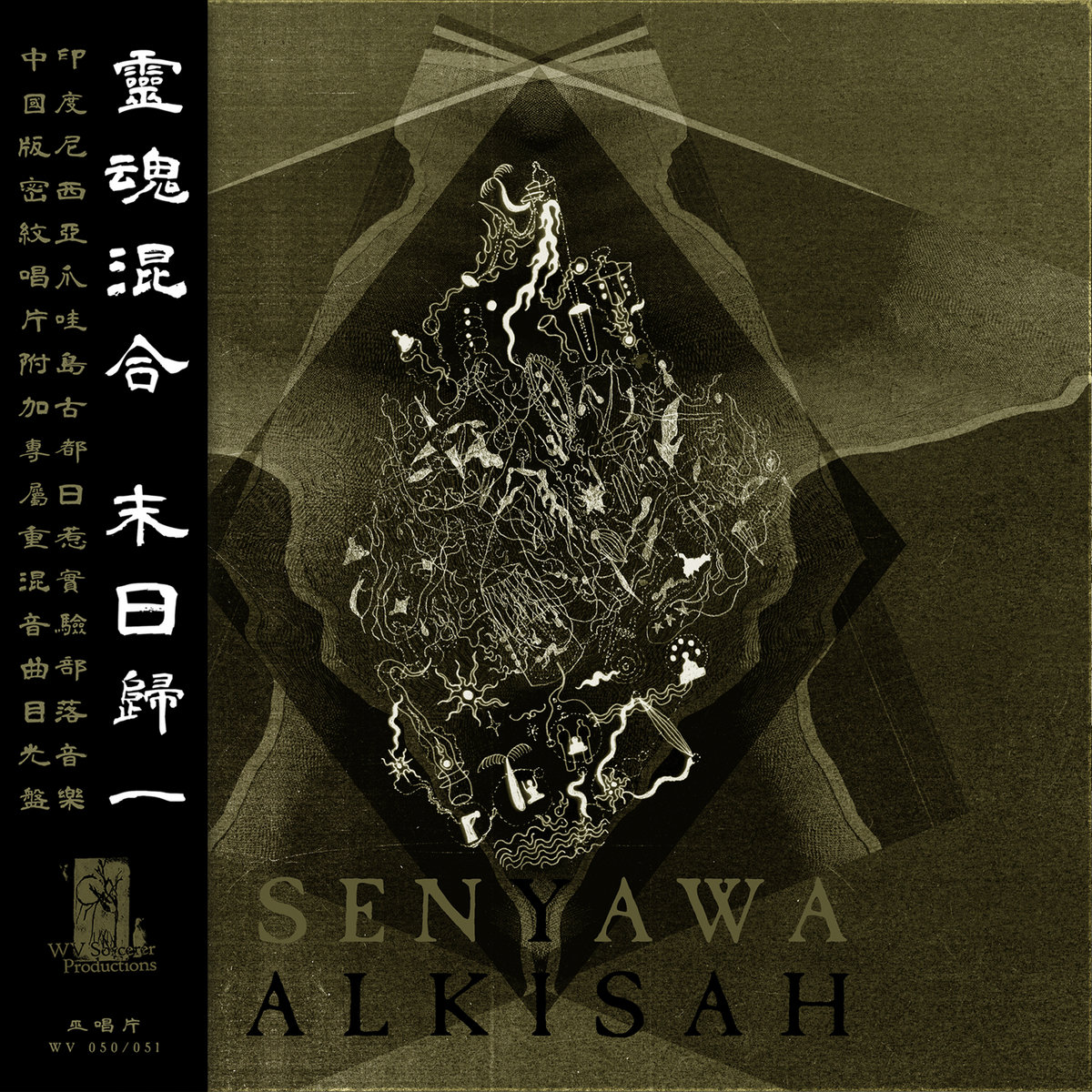 Hailing from Yogyakarta, the duo of Wukir Suryadi (custom instruments) and Rully Shabara (lyrics, vocals) is famous for their intensely dark industrial doom vibes. But that does not make Senyawa’s 2021 album a bad trip. Alkisah was put out on dozens of different labels as a decentralized release, but only WV Sorcerer (巫唱片), Qiii Snacks (琪琪音像), and Mou Hoi (無害) have a special edition with some killer remixes by Nerve, 33EMYBW, Li Jianhong (李劍鴻), and other artists from Hong Kong and China. 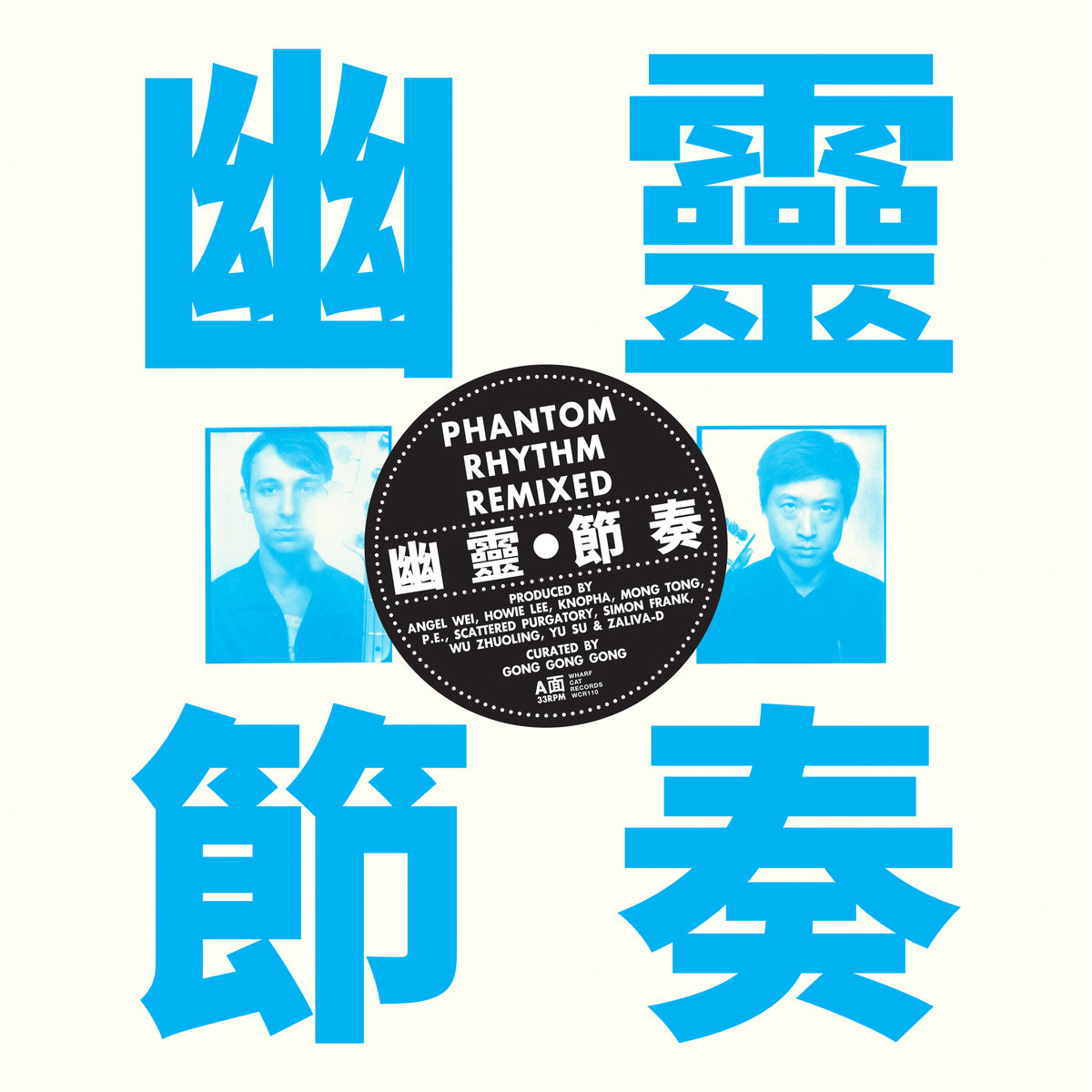 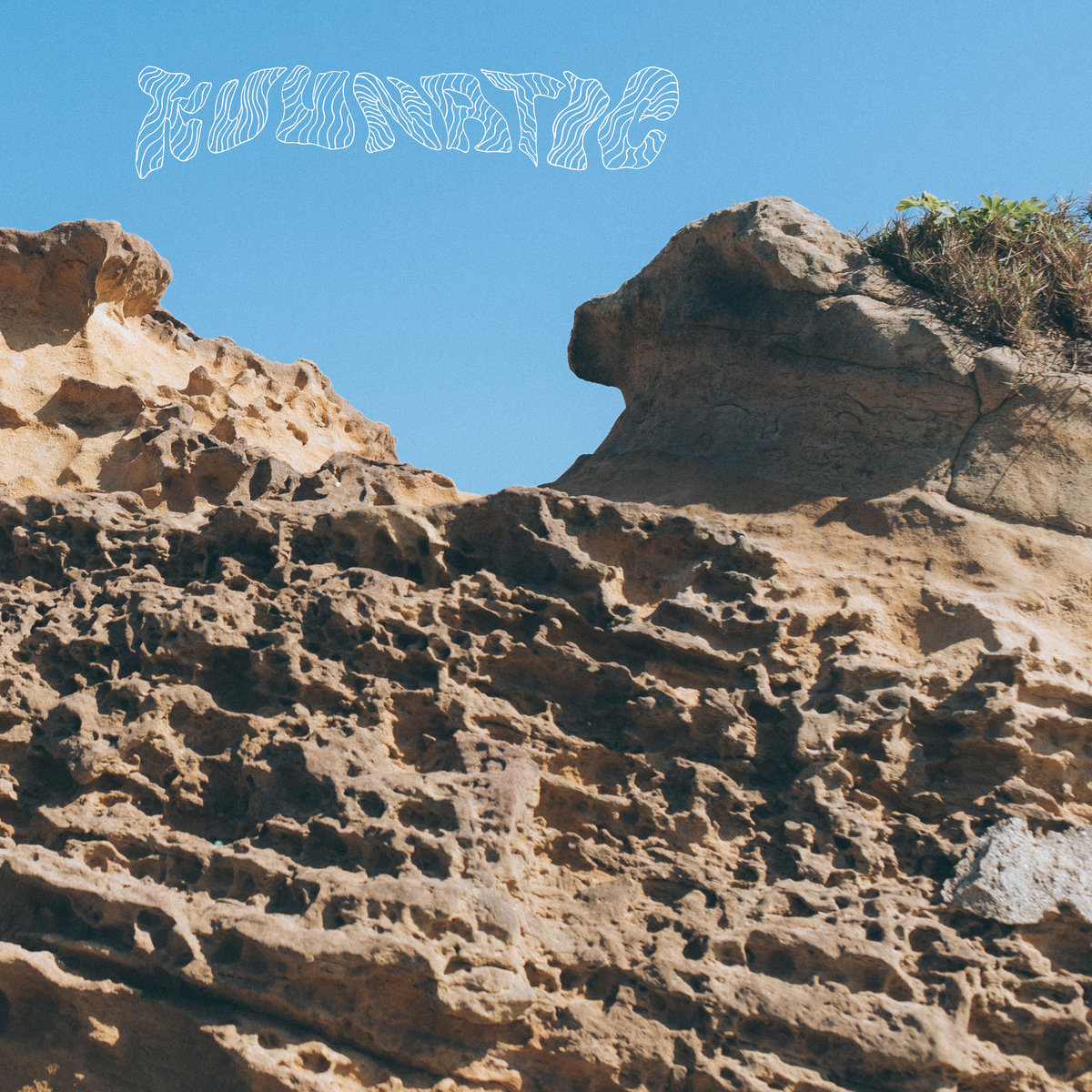 Gate of Klüna is a journey through the fantasy planet of Kuurandia’s psychedelic soundscapes, featuring the chill-bumping musicianship of Fumie Kikuchi (keys), Yuko Araki (drums), and Shoko Yoshida (bass), who all contribute wicked vocals. I was lucky enough to see Kuunatic play live in Taipei a couple years ago, and I was left totally shook. They have a full-throttle energy that reminded me a lot of Trippple Nippples—though more mushrooms-grooving than acid-spastic vibes. Their debut album was produced by Tim DeWit (Dutch E Germ, Gang Gang Dance), so you know it’s punk. 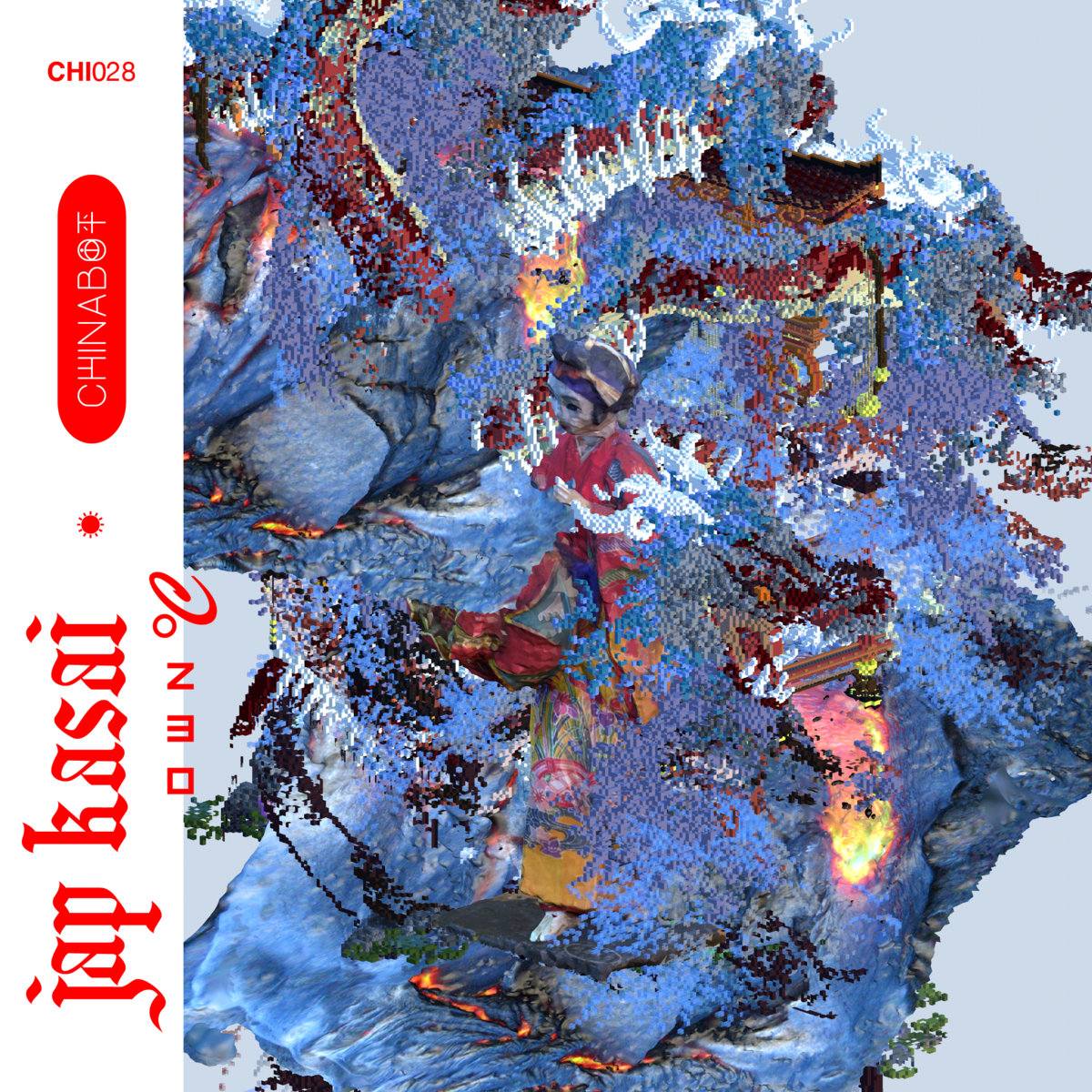 As someone who’s very much hooked on Harikuyamaku’s style of Okinawan dub, when I first heard Jap Kasai’s sampling of Japanese minyo songs on OWN ℃, I was hooked. Line and sinker, his newest album is a sublime ride oscillating between forward-moving boppers and straight-zooted bangers that make me question what is BPM. Describing this with a genre feels like a disservice, but apparently this is the Kyoto producer’s take on juke and footwork. 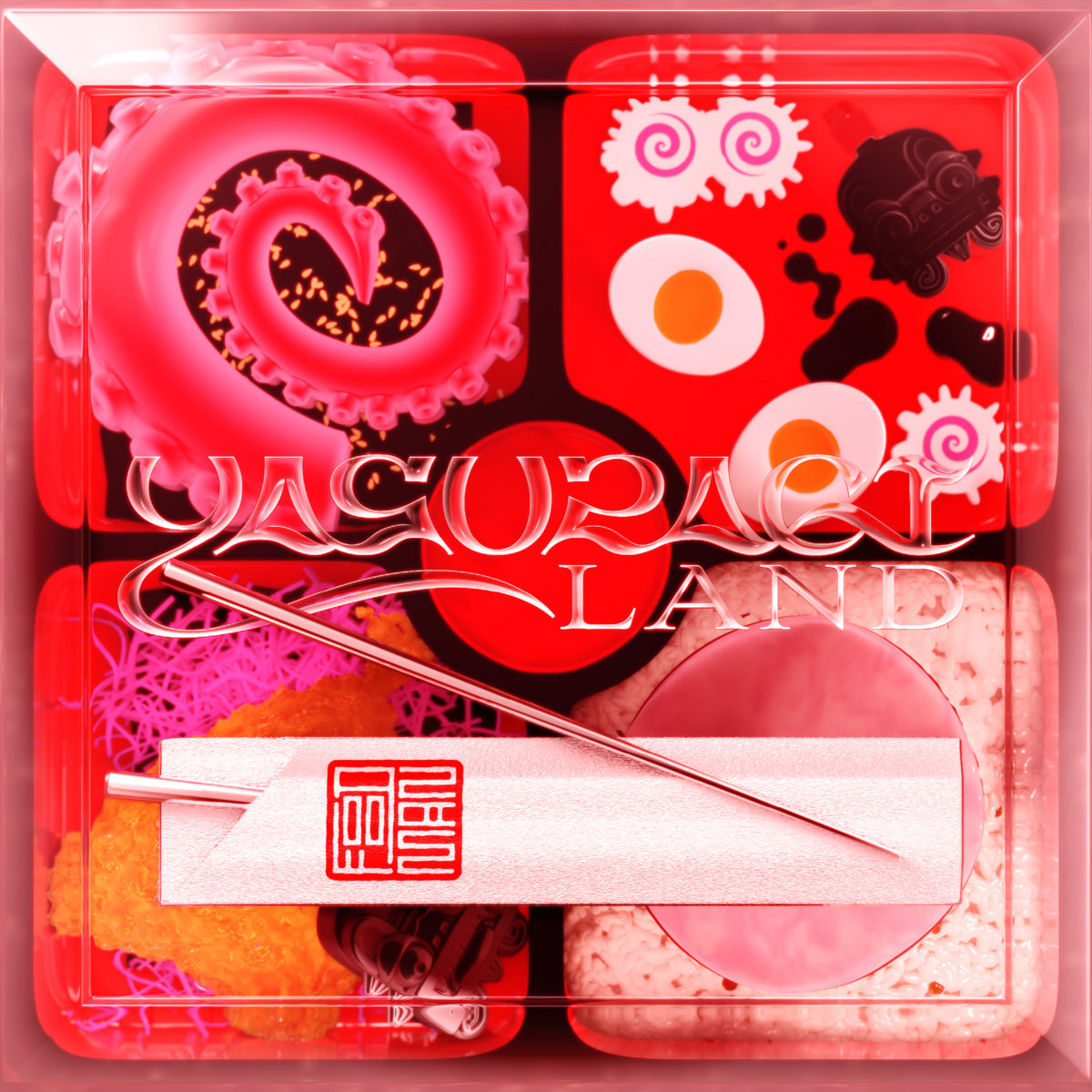 Foodman (食品まつり) is a heavyweight in the East Asian experimental scene and a name I’m always happy to come across on a tracklist, because a Foodman track never fails to freak me out a bit. On Yasuragi Land, the Nagoya producer provides in plenty. It’s an album of frenetic staccato beats, almost completely bereft of bass, spinning out a kaleidoscope of ecstatic melodies. For me, the first word that comes to mind is—in the best way—hentai. 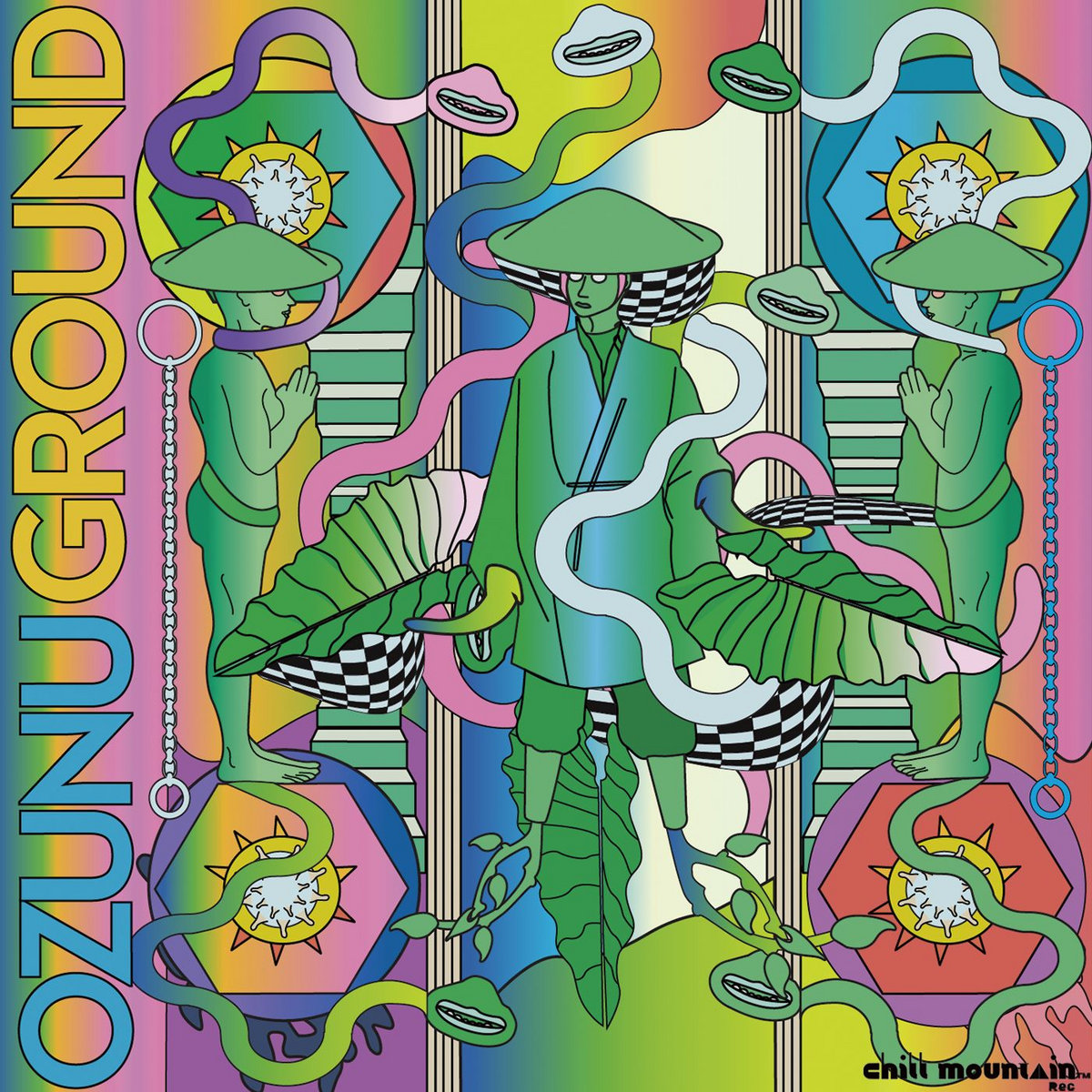 Ground (stylized as Gr◯un土) is the founder of the Chill Mountain collective and a prolific producer known for his one-of-a-kind style of acid house—like Ground’s sets just sound like Ground. He dives deep into these happy warbly Osaka vibes on Ozunu, an album of seriously addictive dance tracks thickly coated in inter-weaving textures. This year he also put out an appropriately hot pink EP on the Taipei label JIN (禁), and a wonderfully wonky hip hop album in collaboration with Seyu. 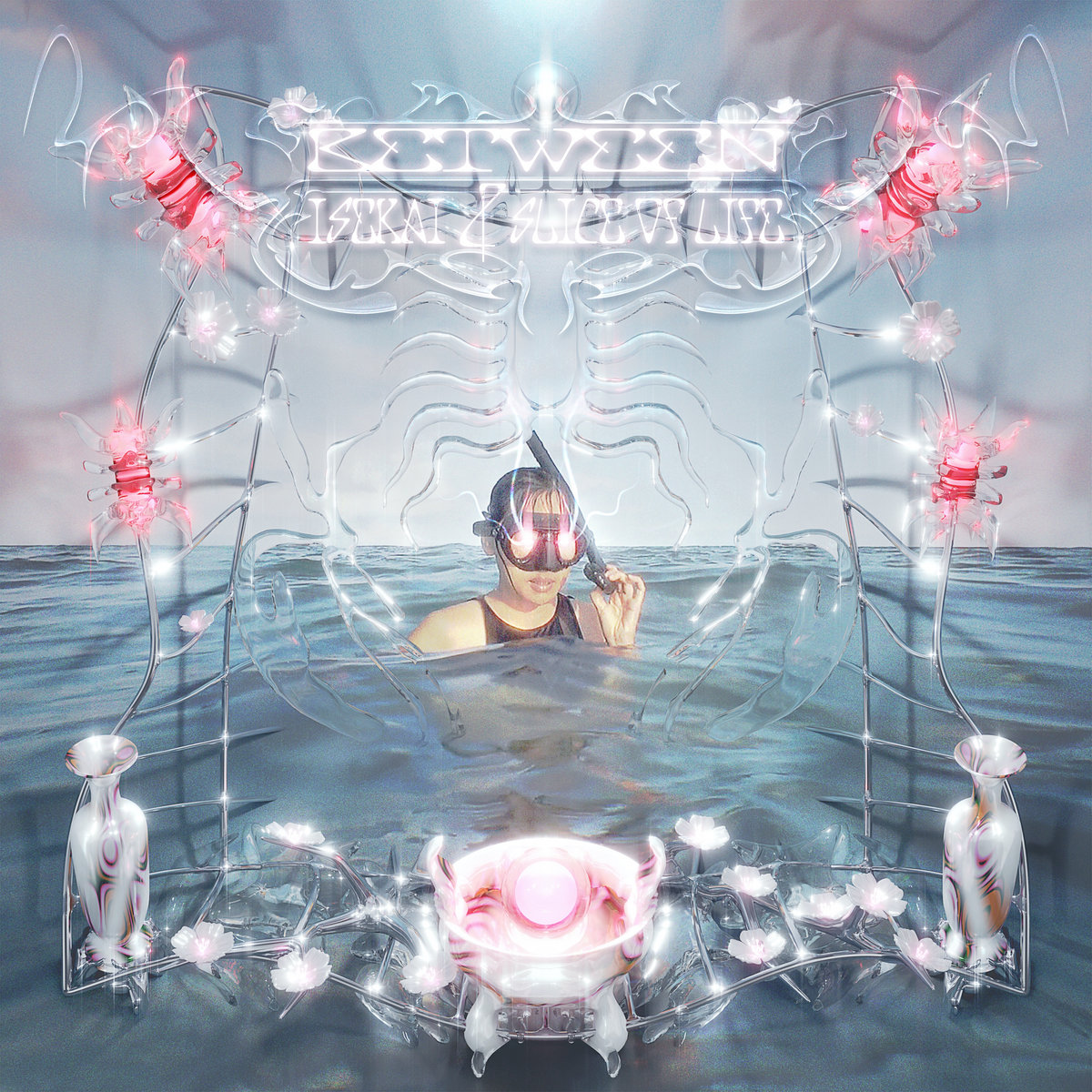 Between Isekai and Slice of Life (self-released)

On her first solo release in three years, Miho Hatori pushes the irresistibly catchy songwriting tact she honed with Cibo Matto into some nice and grungy sonic territory. The grooves on Between Isekai and a Slice of Life are thick and synthy, soaked in grease, with beats that vroom. It’s experimental pop at its drenched-in-waves best, which the artist says she made drawing inspiration from Japanese anime and Caribbean philosophy—which makes me very curious about what she’s referring to specifically. 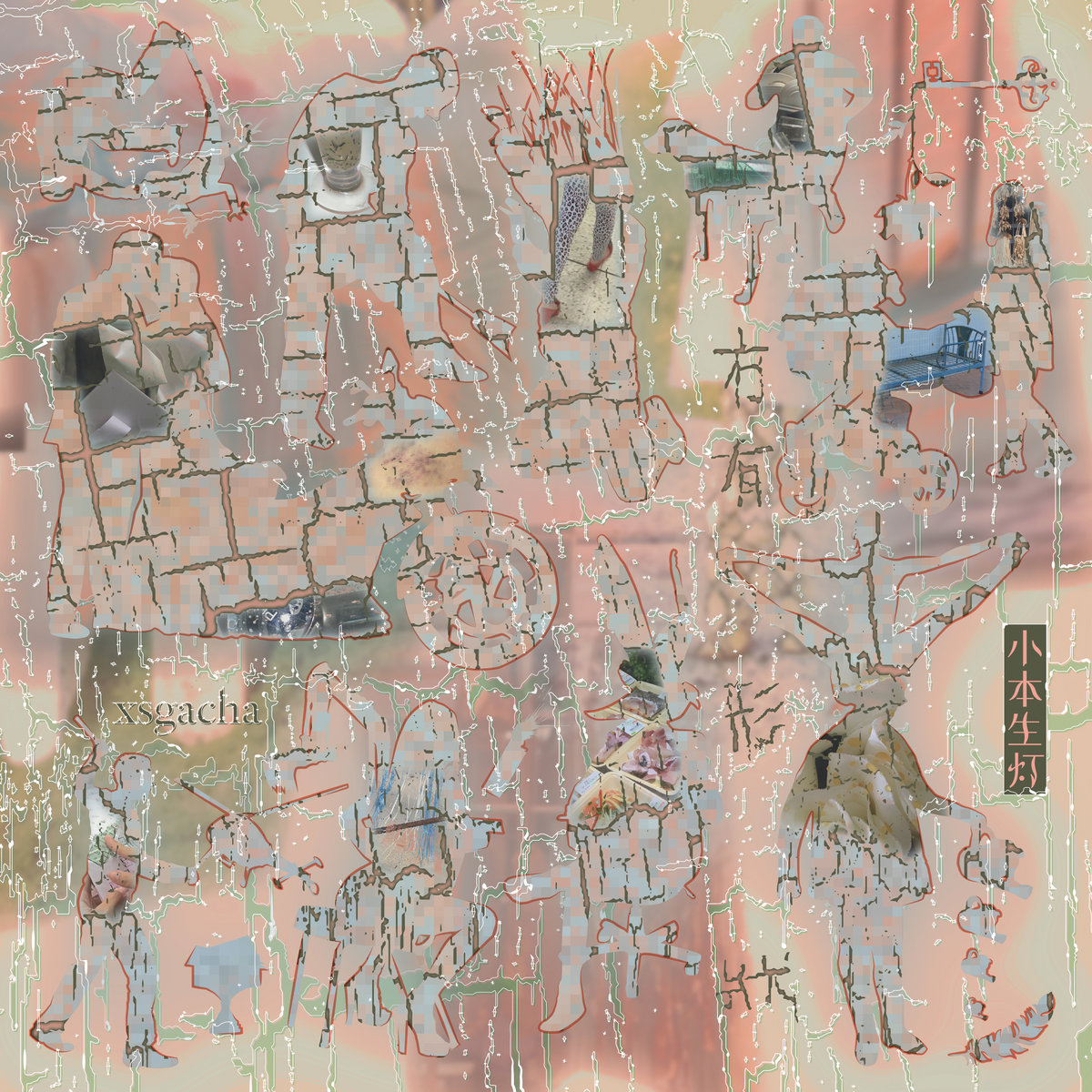 The debut album from Hong Kong duo XSGACHA (小本生燈) is titled 冇有形狀, literally meaning “without shape”. It’s a haunting collection of half-rapped, half-sung, mostly overdubbed Cantonese duets on glass-clashing boom bap beats (produced in collaboration with NWKY, SAI, calmwhiner, and ΔΩ ALTEROMEGA). I probably have a weak spot for experimental trip-hop, but there’s also something in the cadences of Treasure Autumn and LWL’s flows, which work well with the sonic tapestry. Recently they also put out a delightfully noisy cover of Anthony Wong Yiu Ming’s (黃耀明) “Next Station: Heaven” (下一站天國), made in collaboration with fellow Hong Kong musician Kelvin T. 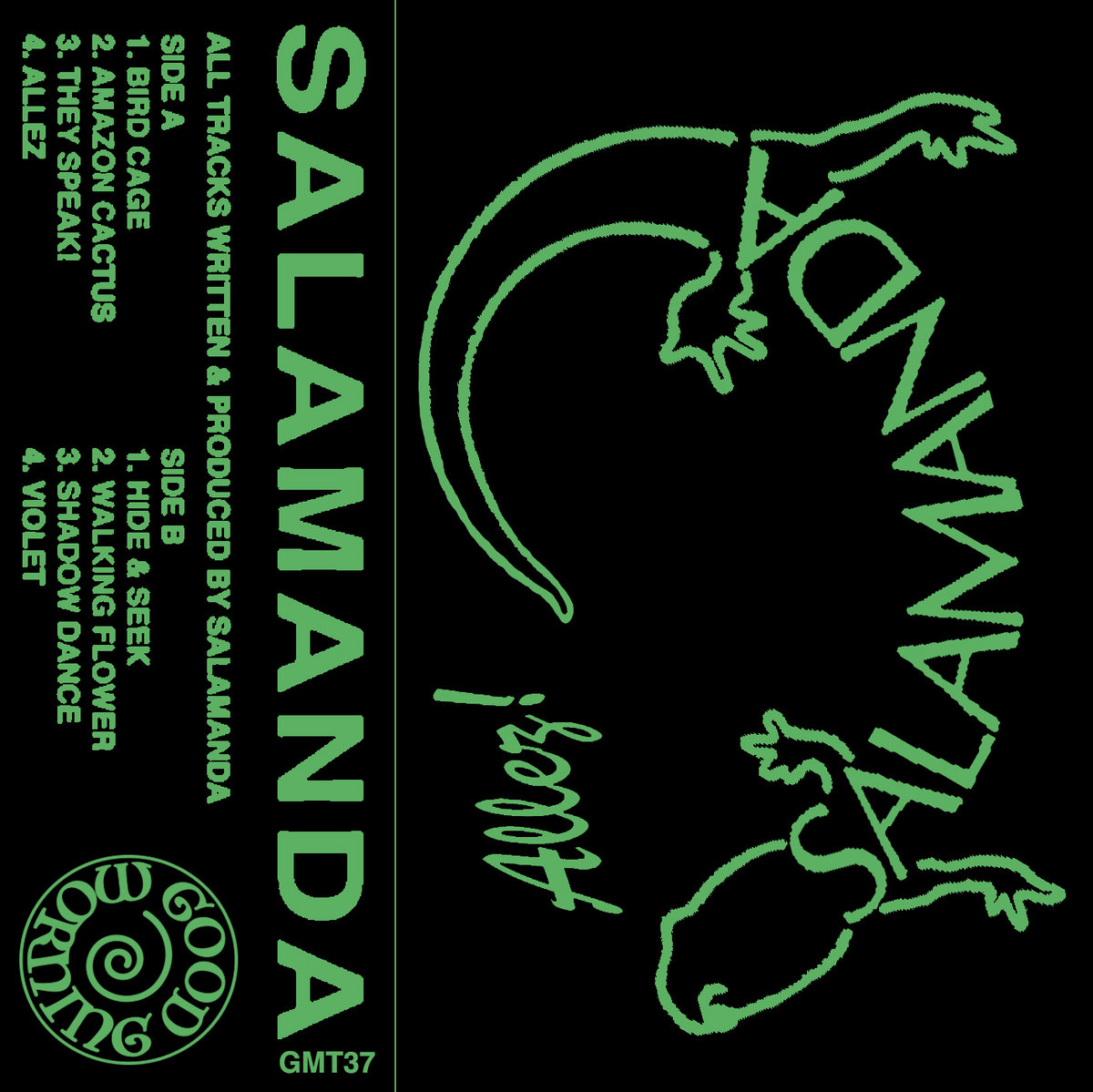 Salamanda is comprised of Uman and Yetsuby, both producers and DJs out of Seoul. Their chilled-out psychedelic style shines on Allez, with collages of environmental sounds over ringing instrumental melodies and trippy hand-drummed beats. It’s just the right kind of ambient-bright, striking a great balance between upbeat and soothing. For me, this is great music for winding around after a long day or long night. 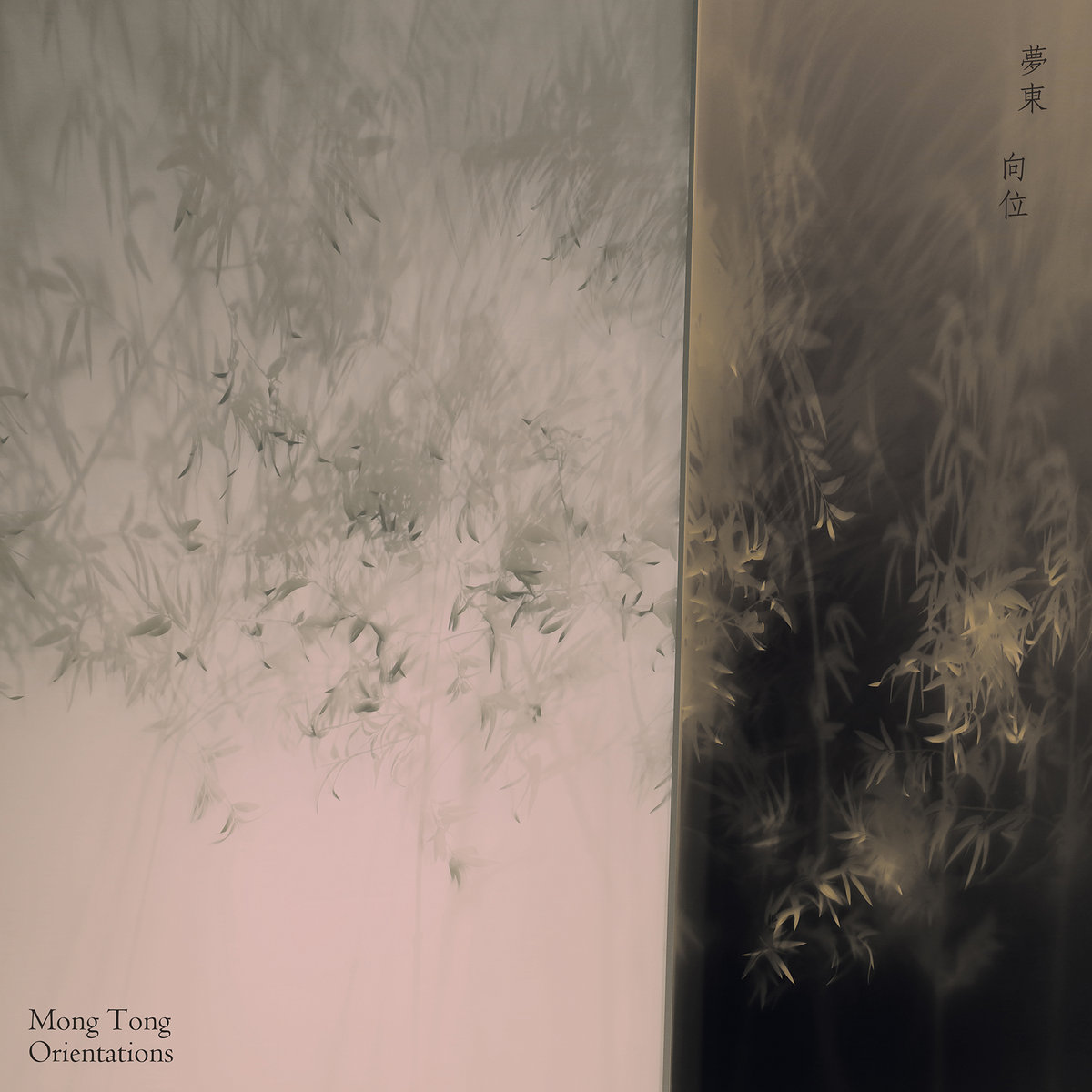 Since playing their first show as a duo at the end of 2017, brothers Hom Yu (洪御) & Jiun Chi (郡崎) from Taichung have been steadily shaping their distinctive brand of wavy loop-heavy music. But their most recent effort sees Mong Tong (夢東) shift from beat-driven, sample-based production toward a freer, more sprawling sound. Recording only guitar, bass, and synth, Orientations (向位) is decidedly more ambient, and I’d say it’s a even more trippy than before. In Taiwan, they’re not the only ones making music in this sonic vein. The newly launched label World Synth Records (我心已死) recently released a triple split by Hom Yu, Betelnut Kangaroo (檳榔袋鼠), and Sun Jenga, Reflection of All Waters (窮水鏡), which is also fantastic.

Peter Freestone is an Osaka-based translator, designer and occasional DJ by the names 自由意志 and 瀕死のpipi. He is a member of New Bloom, managing editor of White Fungus magazine, and coordinator of Batonic Projects.