The Journey Matters: A Conversation About Earthfest

Electric Soul’s Brian Hioe spoke to Blaine Whiteley about Earthfest, which will take place in Miaoli, Taiwan from July 21st through July 24th.

Brian Hioe:  How did you get into electronic music?

Blaine Whiteley:  My formative years were spent in Manchester. Stone Roses, Joy Division, etc. I’m from northern England. We had something called northern soul, which was all-nighters of soul records. Fast beats. We’d only dress to dance. And they really were all-nighters. That was going on before raves.

Rave culture hit around 1984 and 1985. For northerners, such as in Manchester or Yorkshire, it was a small step to rave culture. We already had the culture of all-nighters. London didn’t know what hit it. When the club owners of London realized that they were empty on a Friday and Saturday and all the kids were in a forest outside of London, then they realized something had changed. Which was good, it was empowering.

Back then, it was almost free to get in, it was people doing it from their hearts. It was about being there and being in the scene. It’s difficult once money gets involved. Because then they just tend to follow the money. They give people what they want, which is what they heard two minutes before.

When I arrived in Taiwan, it was in 1997. There wasn’t much in terms of the club scene in Taiwan. There were a few, but most of the dance floors were very dark and dingy. The girls would dance and the boys would sit and watch the girls. Very strange feeling. At the time, the Taiwanese guys who really liked music–fresh sounds–had nowhere to play. If they were a DJ, they would play the music at home, and they would go to the club, and be a DJ, and play the music they were told to play.

In the past, we went to the clubs to listen to fresh music. We knew the DJs had access to up-and-coming music. So that was one of the motivations for going there, to listen to the fresh stuff. That kept going until I left. If a DJ played the stuff you could hear on the radio, you’d get thrown off the stage. And yet the poor DJs in Taiwan–the DJs were having to play radio music. 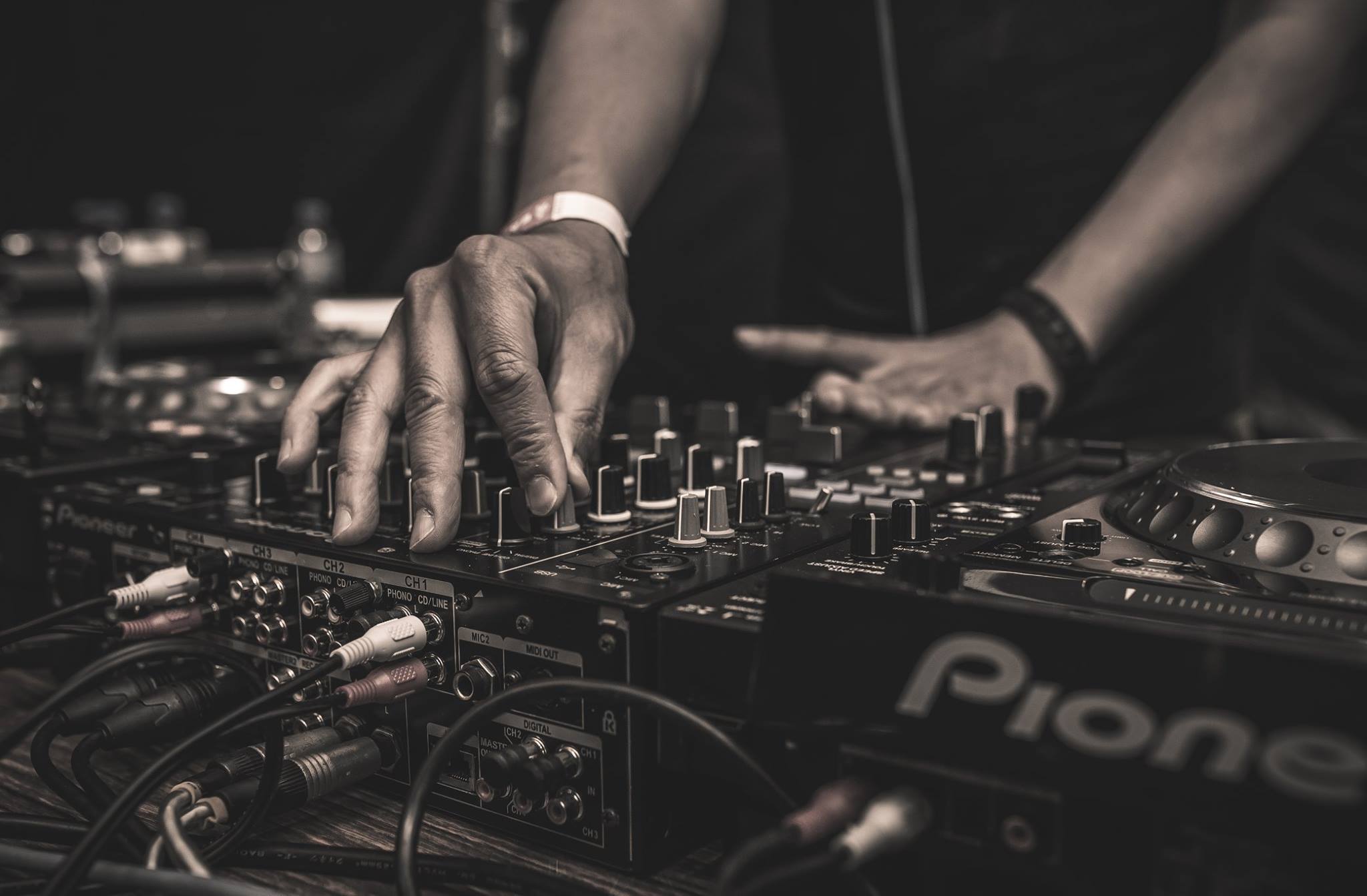 BH:  How do you decide on acts for Earthfest?

BW:  I rely on my ear being attuned to what happened before. It’s very difficult to reinvent the wheel, but I like fresh tastes, so I just keep my ear open for sounds that are fresh. I like in-between genres. I think that when an artist is known for being in one genre, then goes to another, they usually have something interesting. I like all sorts of music, I like jungle, I like drum and bass, different variations of techno. Psytrance is big for outdoors, because it was designed for the outdoors.

I’m a bit of an audiophile as well. I like crystal clear sound. Music on a good sound system is immense, it’s amazing. You don’t need other stimuli, you can just listen to the music–you don’t need a visual. You can close your eyes and listen to the music and fly…or dance! What I found when I started doing festivals in Taiwan is that even the young kids didn’t realize what it was–they would say that they really enjoyed it and that the sound was amazing, but I think they didn’t realize why. They didn’t understand where that feeling was coming from.

BH:  Is the pursuit of that kind of sound what got you into organizing parties?

BW:  Yeah, I couldn’t live without good sound and good music. You’d have to be in an incredibly well-designed club to absorb sound without the echo. But if you just put two speakers outside, the sound goes and goes and goes, and it’s crystal clear. You can’t do that elsewhere.

Commercial and non-commercial also makes a big difference. As soon as you’ve got advertising around you, it takes you away from having an authentic experience. Suddenly you’re told, “Your life is not complete unless you own the BMW 3i” or whatever.

BH:  How did Earthfest start then?

BW:  I had previously been doing something called Space Dance in Taoyuan in 2001. That was outdoors. Over the years, it just grew. I think it started with the idea of leaving the location in exactly the same condition as we found it.

Around the year 2000 in Taiwan, those outdoor rave parties were leaving a mess. It was terrible. There were cigarette butts, cans of beer, bottles of water, you name it, everywhere. It was trash. And I noticed that during the festival, if me and my wife and a few others, didn’t let any cigarette butt remain on the floor for more than a few minutes. people started joining in. Then it became a sense of pride that after our events, it was perfect. If anything, it was better than when we left it.

That became part of it. I didn’t want to throw the ecological angle in people’s faces. I wanted it to be a celebration of earth. I think sometimes if you throw an eco-warrior spirit into people’s faces, it defeats its own purposes. You’re preaching to the converted. Those are already the people you’re attracting. But you want to be attracting the people that like music and like festivals, and that like the planet, but are doing it in a reasonable manner.

We phased out plastic cups and plates a few years ago. It’s a bit more time-consuming to organize and our vendors, at first weren’t so happy about it. But now they’re very happy.  The earth side to Earthfest just came about from who we were. 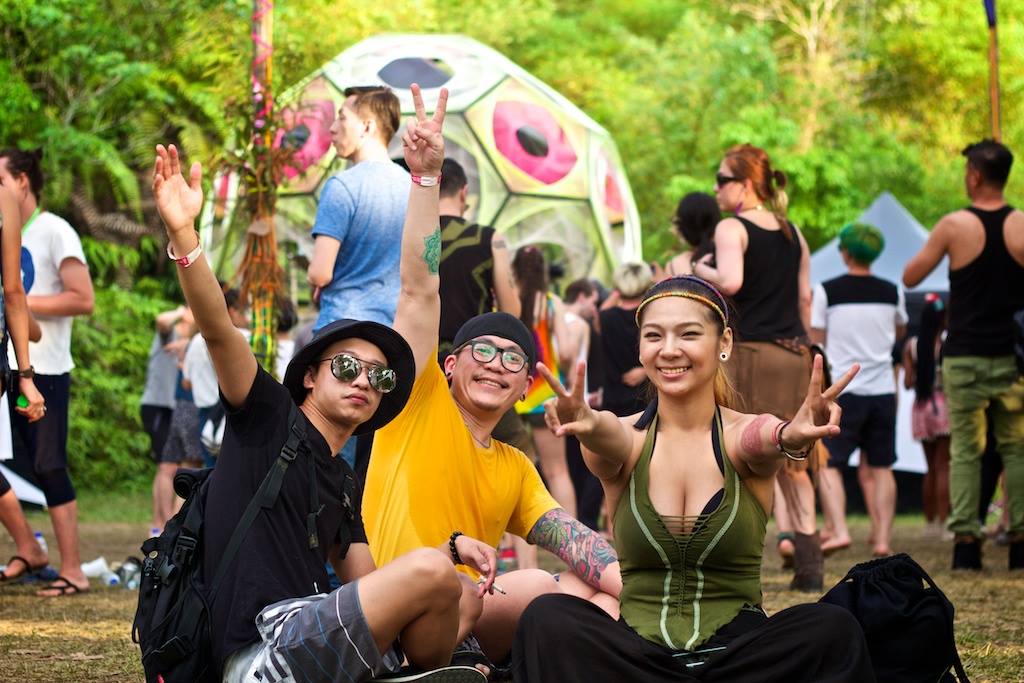 BH:  What do you think led you to be able to put together a successful event in the beginning, seeing as Earthfest has been going on quite a long time

BW:  I think being an outsider helped, being a foreigner. There were groups trying to do parties in Taiwan, but they didn’t invite each other’s DJs. They never cross-pollinated. I was the crazy foreigner that wanted to get a big party going with a big sound system and invite everyone. [Laughs]

It took a while, but a few festivals that have come forward since. Again, I don’t see it as competition, I think it’s a good thing, the more festivals we have the better. Much the same way that club nights are important, if you have a regular night, you see the same people, and you build friendships.

BH:  So you wanted to introduce the notion of festivals into Taiwan?

BW:  Yes, an outdoor festival. Especially in Taiwan’s mountains. Back in 2001 or 2002, there were one or two at the amusement parks in Bali. I remember in 2002, there was Moonlight in Kenting. But most of those didn’t require a journey. If you go to the big festivals in Europe, it takes four hours to get there, it’s an effort to get there. It’s not “What do you fancy doing this weekend?”

It’s not that. A festival also has to have a sense of journey to get there. It can’t be too convenient. I remember saying that to some Taipei DJs fifteen years ago and they all thought I was crazy. They never thought I’d be able to convince people to spend three hours to go to the middle of nowhere.

But that’s the point. Because the only people that are going to go are those that really care. But they’re the cool cats that spend a lot of time listening to music and trying to find the new stuff. Eventually, people will follow and realize that effort is what puts a filter between the guys that are just going out for a night out and a few beers and those that really care about music, alternative ways of being or living, The journey matters.

BH: What do you think the changes in Earthfest have been over time?

BW:  I guess additional stages. Back in the day, I used to have one big stage, and i’d have the time to program three or four hours of different genres. But later on, the government clamped down on it. I used to run it 48 hours non-stop at full volume, with a 40,000-watt sound system. I could do this flow of different genres for 40 hours straight.

Which was great! But as soon as we realized that the government wasn’t officially going to let us go past 10 PM–even though we’re in the middle of nowhere–we realized we were going to have to have more stages. We couldn’t fit all of the music we liked and still get a nice flow. So I guess the biggest change has been slowly increasing the number of stages.

Of course, we’re also getting much better at organizing. But there’s also more participation. We’re getting a lot more people making an effort when they get there to make their own campsite beautiful or to bring some weird costume and prance around the dance floor in it. That participatory attitude. And everyone leaves everyone to their own devices. 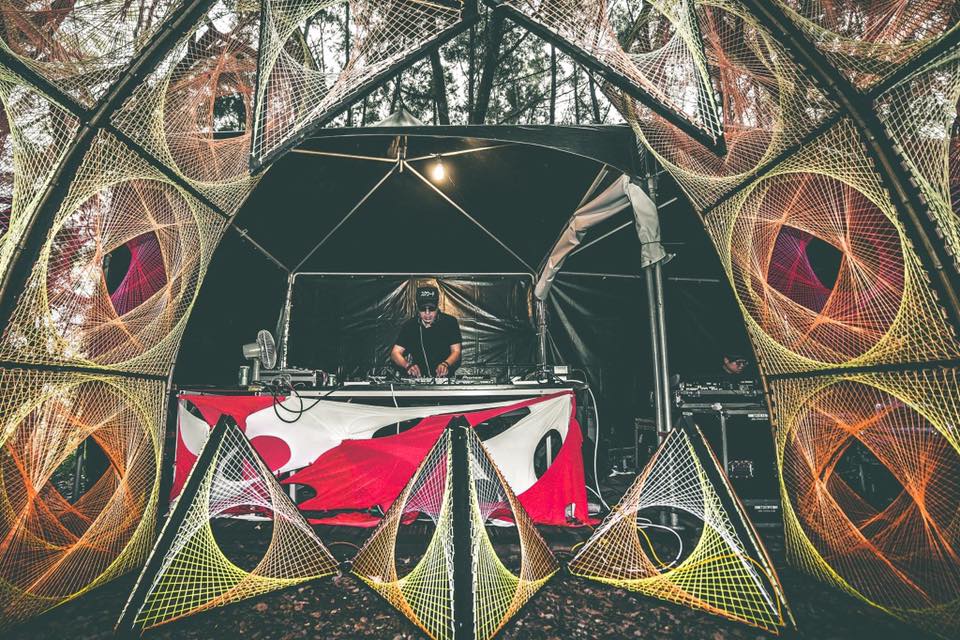 BH: Over time, have you noticed any changes in the people that go to Earthfest?

BW:  It tends to be the guys who have experienced festivals outside and have come back to Taiwan. If you’re 22 and you’ve been to university in the states or Australia, they’re the people that say, “Hey, you should go to Earthfest. This is what it’s like in Australia or Europe. This is what a festival is really like–it’s not all flashy lights.” They’ve helped over the years.

Taiwan. Anyway, I think we’ve always relied on word of mouth to get the word out about Earthfest.