Trying to Capture the Sound of Jakarta: An Interview with Batavia Collective

Electric Soul’s Brian Hioe spoke to the members of Batavia Collective about how they formed as a band, their current projects, and future plans.

Brian Hioe:  How did you get started? Could you introduce yourselves and what you do?

Elfa Zulham:  Hi, I’m Zulham. I’m a drummer. We started in 2018. Back then, we had another project to do a mixtape. Later on, it’s the three of us and Kamga.

Daniel Adisumarta:  I’m basically the manager and maybe the fifth member. We started in 2018, back when I was asked to do a project for a cigarette brand in Jakarta. So I set up a group for this.

We later did a medley of famous hip hop tracks and jazz-infused hip hop and played it with a live band in the form of a mixtape, so everything was blended together. It’s still on YouTube. Afterward, when Kamga joined in the studio, we started jamming and suddenly we made one track. I asked if everyone wanted to continue.

Afterward, in 2019, we joined a compilation for a local label called Berita Angkasa. The track, “Affirmation,” was there. Afterward, a friend of ours, Ecilo, somehow sent our track to Renaat Vandepapeliere and was very surprised when Renaat asked us to join R&S Records. We didn't think too long and just went for it. 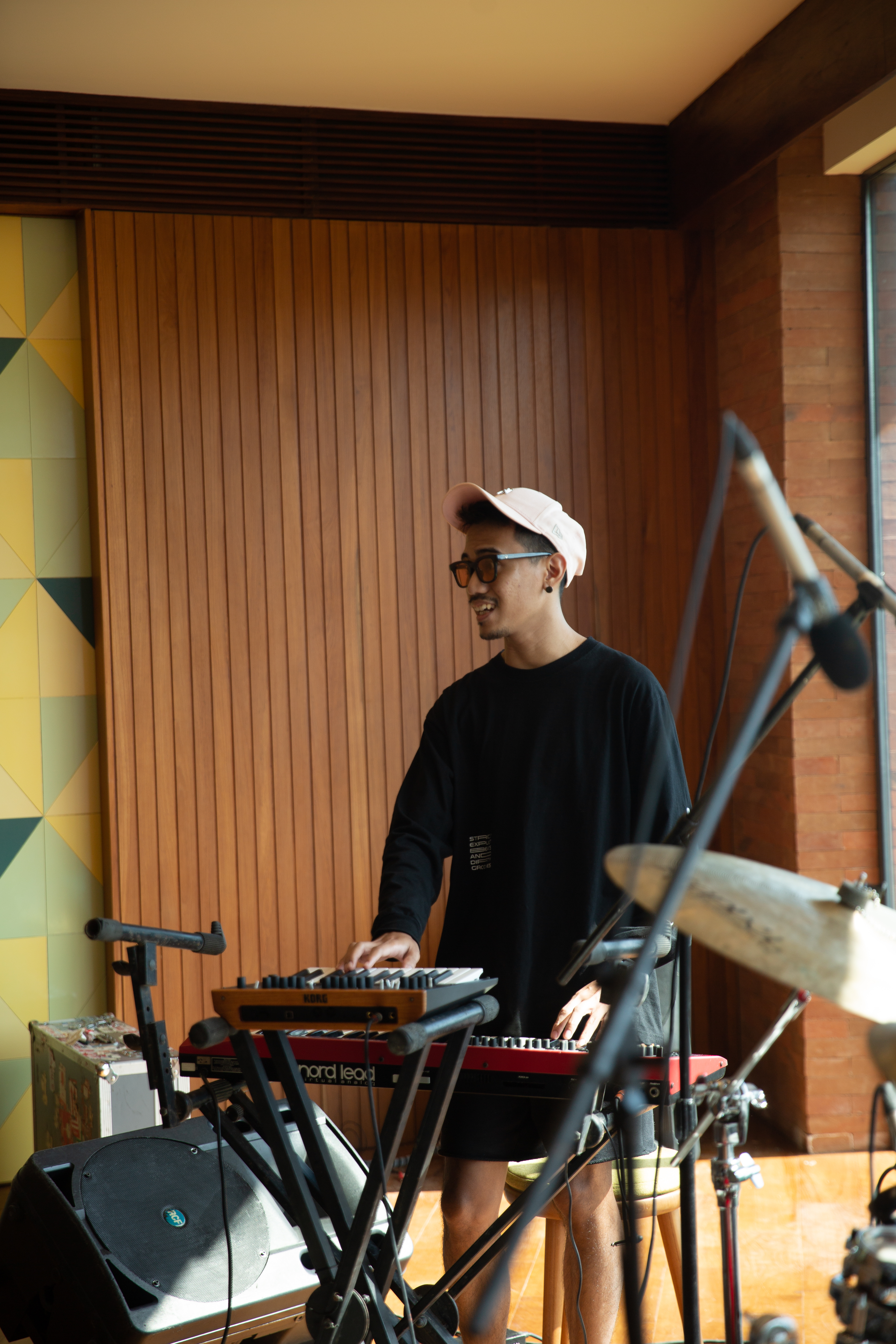 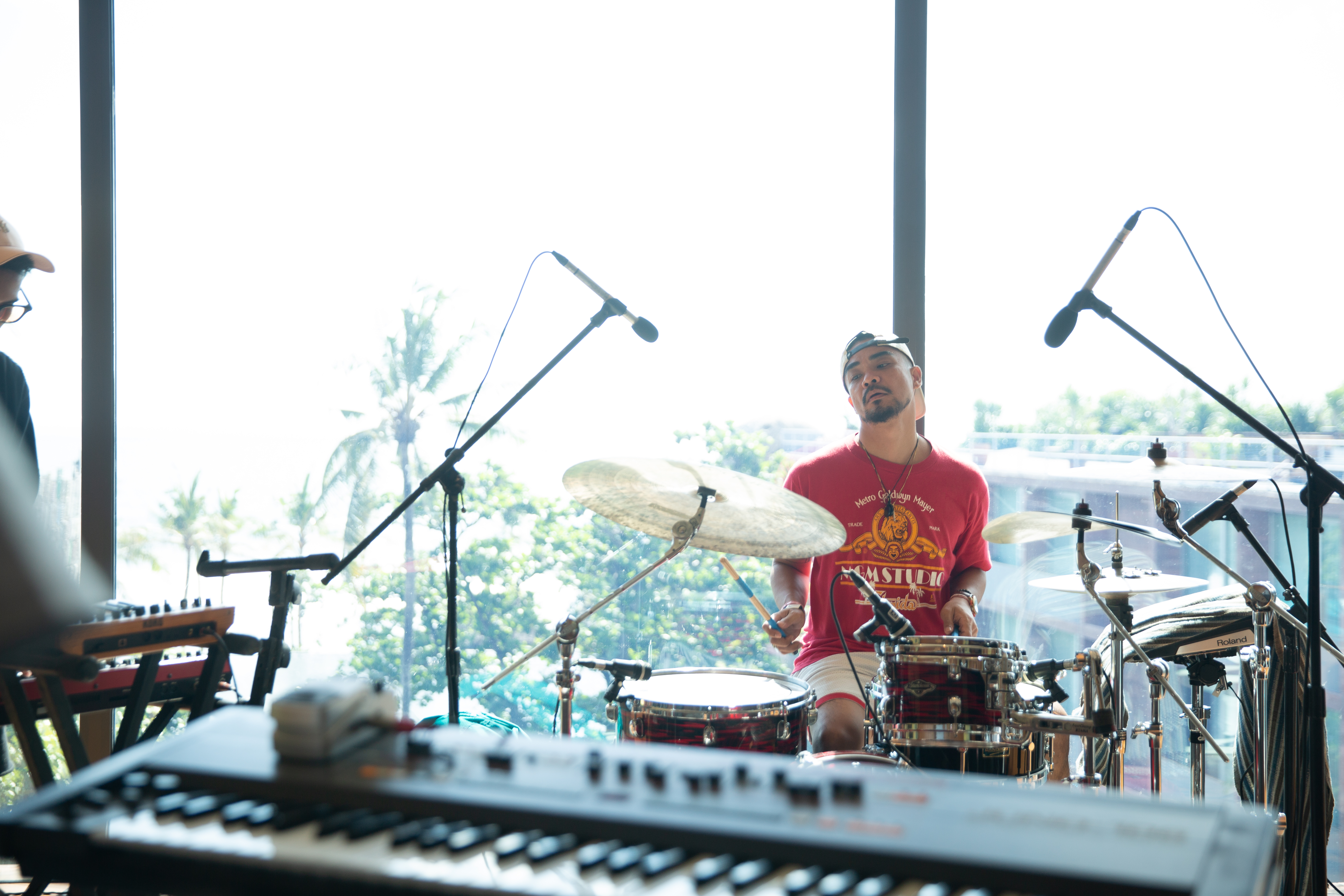 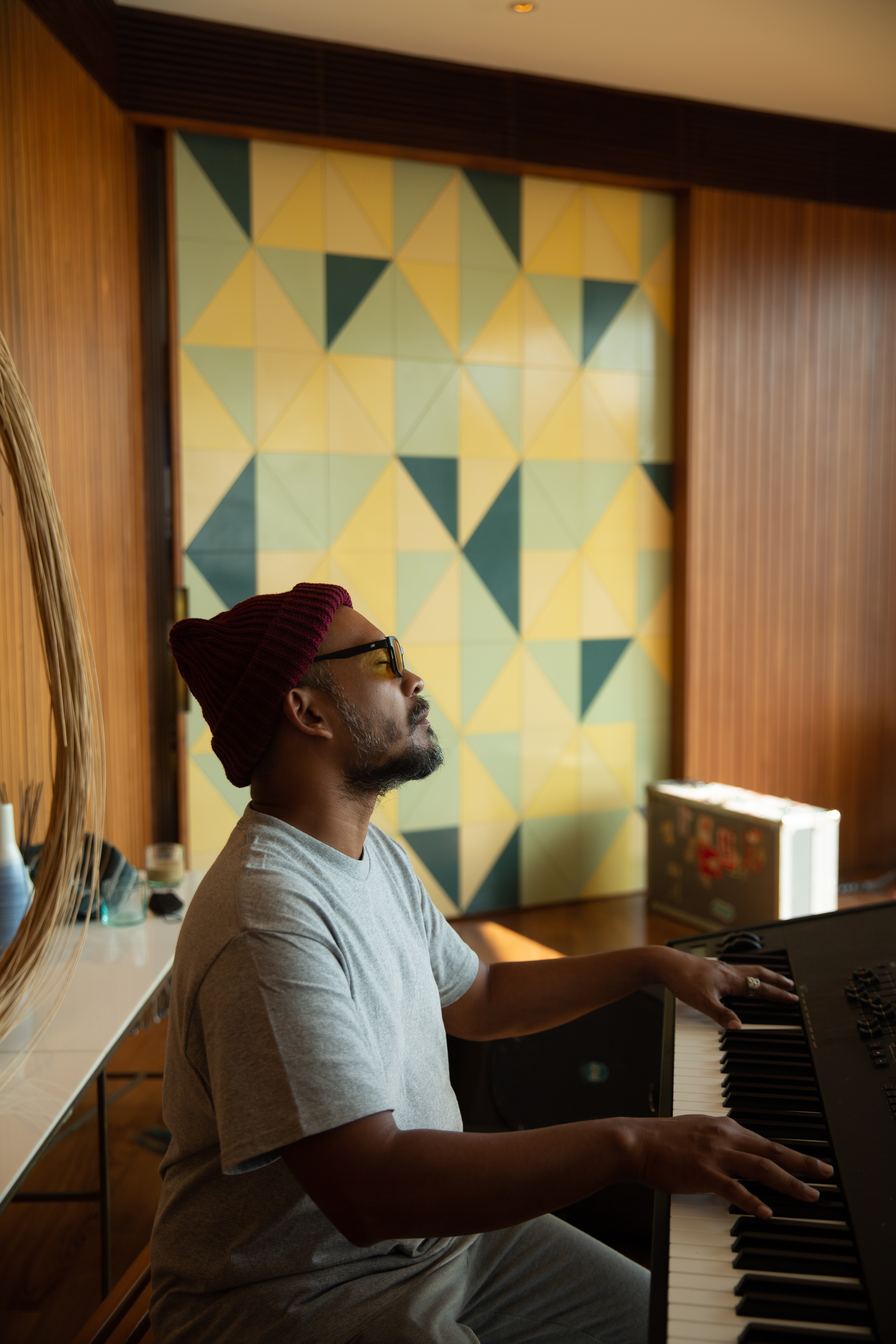 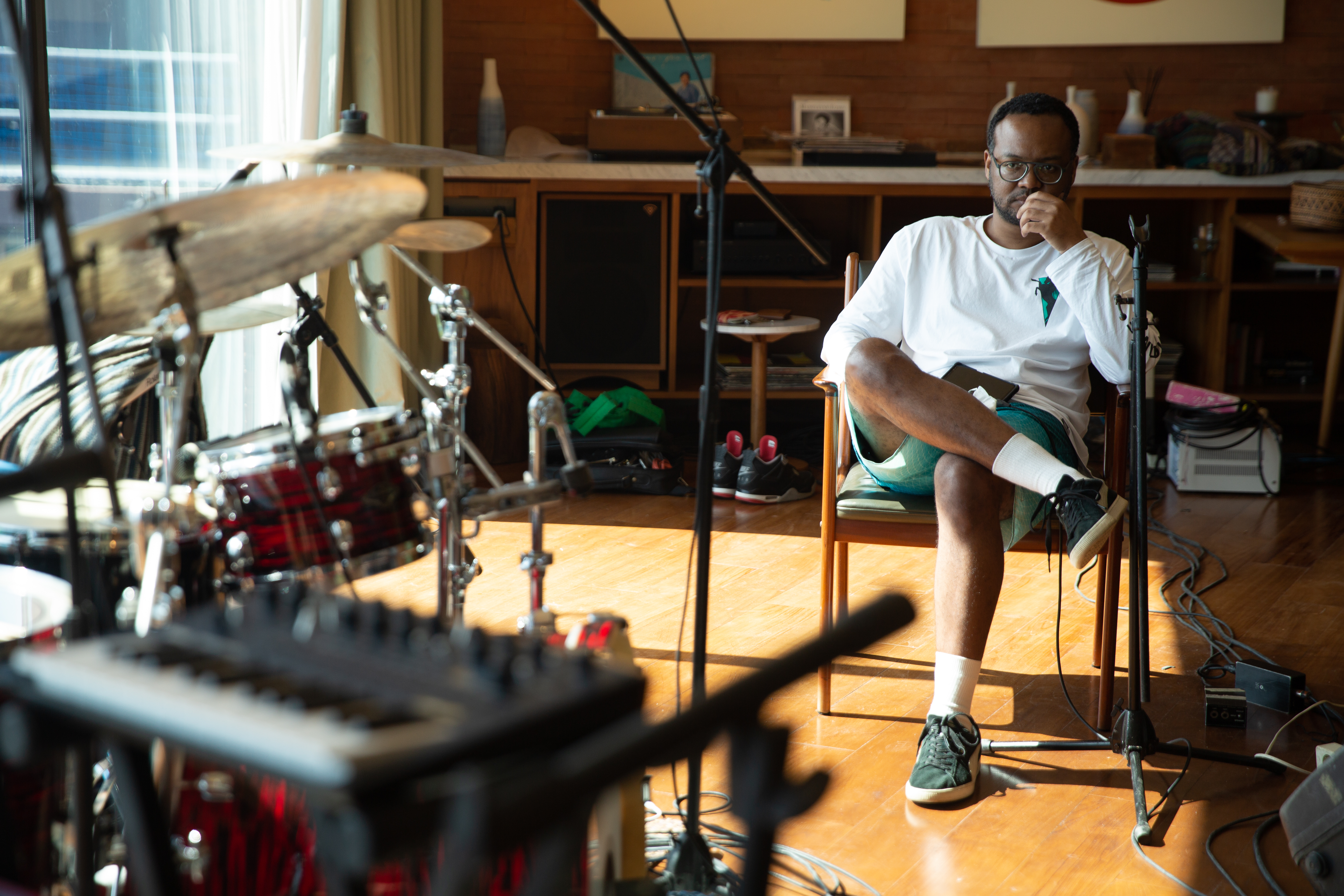 Kenny Gabriel:  I’m Kenny Gabriel. I’m the newest member of the band. I came to the first live session of Batavia Collective. I was asked by Daniel to jam around with the group. One month after that, he asked me if I wanted to join. I was excited and so I joined the band.

BH:  Is the EP the current main project you’re working on?

DA:  We’re working on an EP right now. We’re sending a couple of demos and we’ll see which one they like. We made it when we were invited to Bali by Potato Head. We used their studio for two or three days and made four or five songs. We’ll see which one R&S likes. Hopefully, the EP will come out next year. Also, we just released a track for FuFu Records Compilation.

BH:  What do you see Batavia Collective as offering which is unique?

DA:  We try to capture the essence of Jakarta in our songs. It’s chaotic, but it’s somehow also laid back. To be honest, we’re not sure what genre we should be categorized in.

BH:  Do you see yourself as coming out of the scene in Jakarta, in some way?

DA:  To tell you the truth, we all came from different scenes. Kamga was in the commercial lane back in the days, with a major label. Kenny, he had one foot in some commercial work, he won first place in a big television show back then. Zulham and Doni are big in the jazz scene, playing in big bands and such. Zulham, Kenny, and Kamga have a couple of productions that got nominated at the AMI Award, it's the biggest music award in Indonesia. So yeah, we all came from a different scene, and that what makes this project is quite unique. We hope that we can influence other musicians in Jakarta to get out of their comfort zone and just play what they like. You can also make it out here that way.

BH:  Has it ever been challenging coming from different backgrounds?

KG:  I don’t think so. Because we have different influences. Doni and Zuham have a jazz background, Kamga and I have a jazz and R&B background. When we came to the studio and jammed together, it sounded like something new.

BH:  Has COVID affected your work?

DA:  Before COVID, it was easier for us to meet together. After COVID, nothing was opened. Plus we need a proper studio for recording drums and not every studio has it. We go back and forth sending files and having video calls.

MK:  We rely heavily on live music. Our music is best listened to and experienced to live. Our last live show before the pandemic was in December 2019. We played there and the reception was amazing. I thought we would kick on from there, but COVID happened. Then the song we made in 2018, “Affirmation,” suddenly got recognition in 2020.

BH:  Anything you’d like to say in closing to people in Asia?

DA:  More music coming up soon. Stay tuned! Also if there are any booking agents, hit me up! We’d love to tour there or anywhere.