Vietnam’s Lighthouse During COVID: An Interview with Steffen Sonnenschein

Electric Soul’s Brian Hioe spoke with Steffen Sonnenschein about how The Lighthouse in Ho Chi Minh City has fared during COVID-19.

Brian Hioe:  First could you introduce yourself for people that may not know you?

Steffen Sonnenschein:  My name is Steffen Sonnenschein. That’s also my DJ name. I was born and raised in Berlin and I grew up with electronic music because my uncle and my dad had a club at the end of the 1990s. So I began quite early, in stepping into the scene. 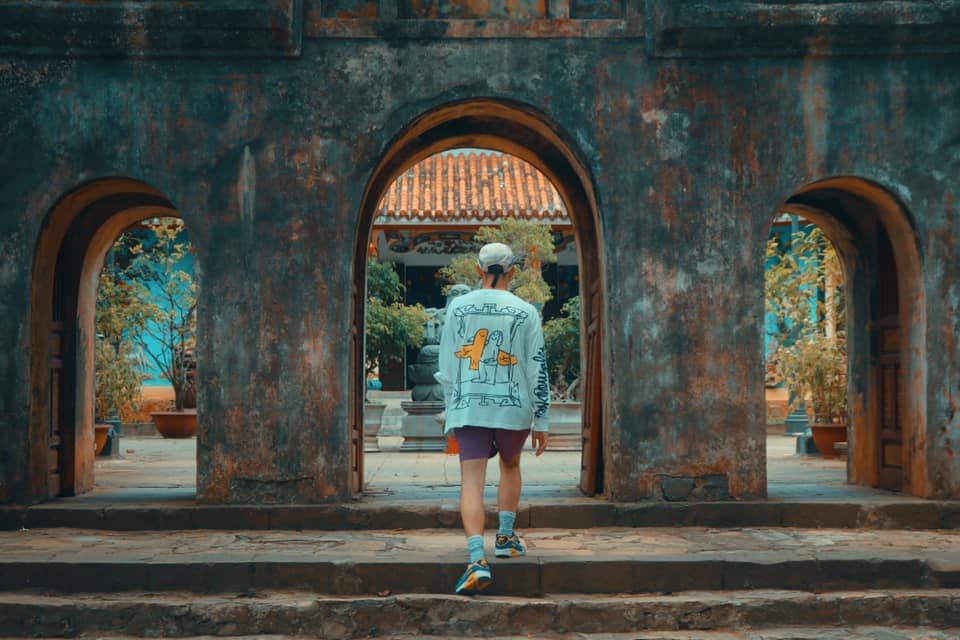 I started DJing in 1997 or 1998. It was when the first Daft Punk album was released. It caught me. It was like, “Okay, this is something new, this is super interesting for me.” Then I started DJing and in 2002 I started producing music.

I organized events and in 2019 I left Germany and I moved to Ho Chi Minh City in Vietnam.

BH:  How did you start getting involved in the Vietnamese scene?

SS:  I was traveling before I moved to Vietnam, so I came for the first time in 2015. I came every year. I met some people, I had contacts. And then I made the decision that it was the right time to leave Germany, because the German scene is very different. Many people are doing music and are DJs and promoters, so if you’re not on the champion’s league, there’s not any chance.

The scene in Asia, particularly Vietnam is very small. We all know each other and we respect each other, which I really appreciate. Because in Germany, it’s a bit more elbowing each other out of the way. Here we work together and are all friends.

BH:  How did you become involved in The Lighthouse?

SS:  They needed a new designer for social media content. They asked me if I could do it and I said yes, I was interested in that. Our booker went back to Europe, then COVID happened, and they had no chance to come back. They asked me and my colleague JONATHAN-BE if we also wanted to do the bookings and we said, “Yeah, sure!”

Then I was part of The Lighthouse. I had known the owner before I moved to Vietnam. I had contacted them and organized a party from Germany in Vietnam. We had a good relationship and then they said, “Just do the job.”

BH:  How would you describe The Lighthouse as fitting into the scene? What is special about it?

SS:  Good question. What should I say? [Laughs] There are only four or five underground clubs for electronic music. We don’t have more. Four. It’s two places in Ho Chi Minh City, The Lighthouse and The Observatory. Then in Hanoi, we have Savage and Birdcage. That’s it for our scene.

We are not super underground, so we’re not focused only on underground music. We are in the middle of District 1 so we are very central and have a nice rooftop.

We have two floors, a rooftop and the club floor. It’s different. The club floor is darker. The rooftop has more tropical vibes. House, disco. From disco to techno are the genres we have, and the genres in between. 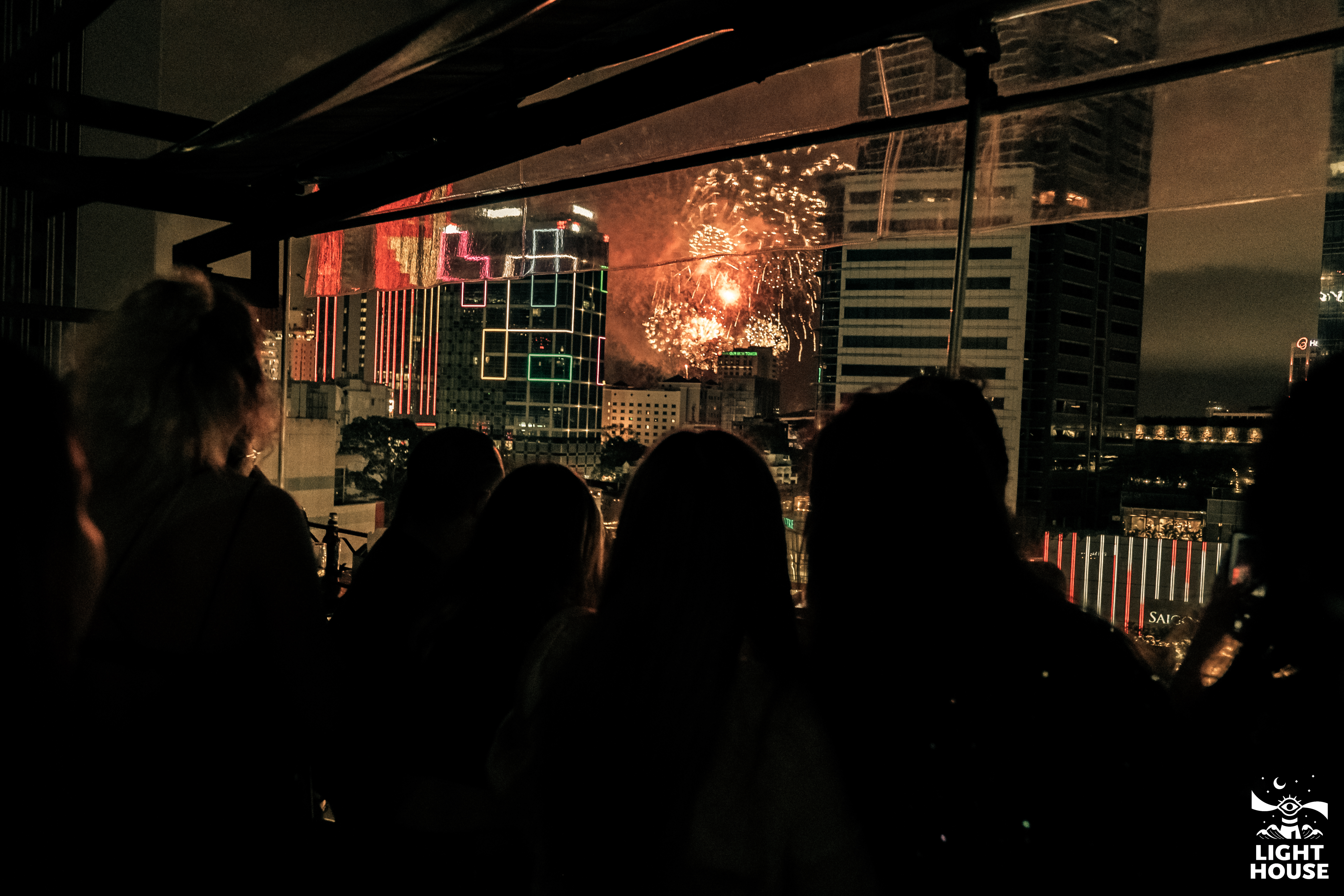 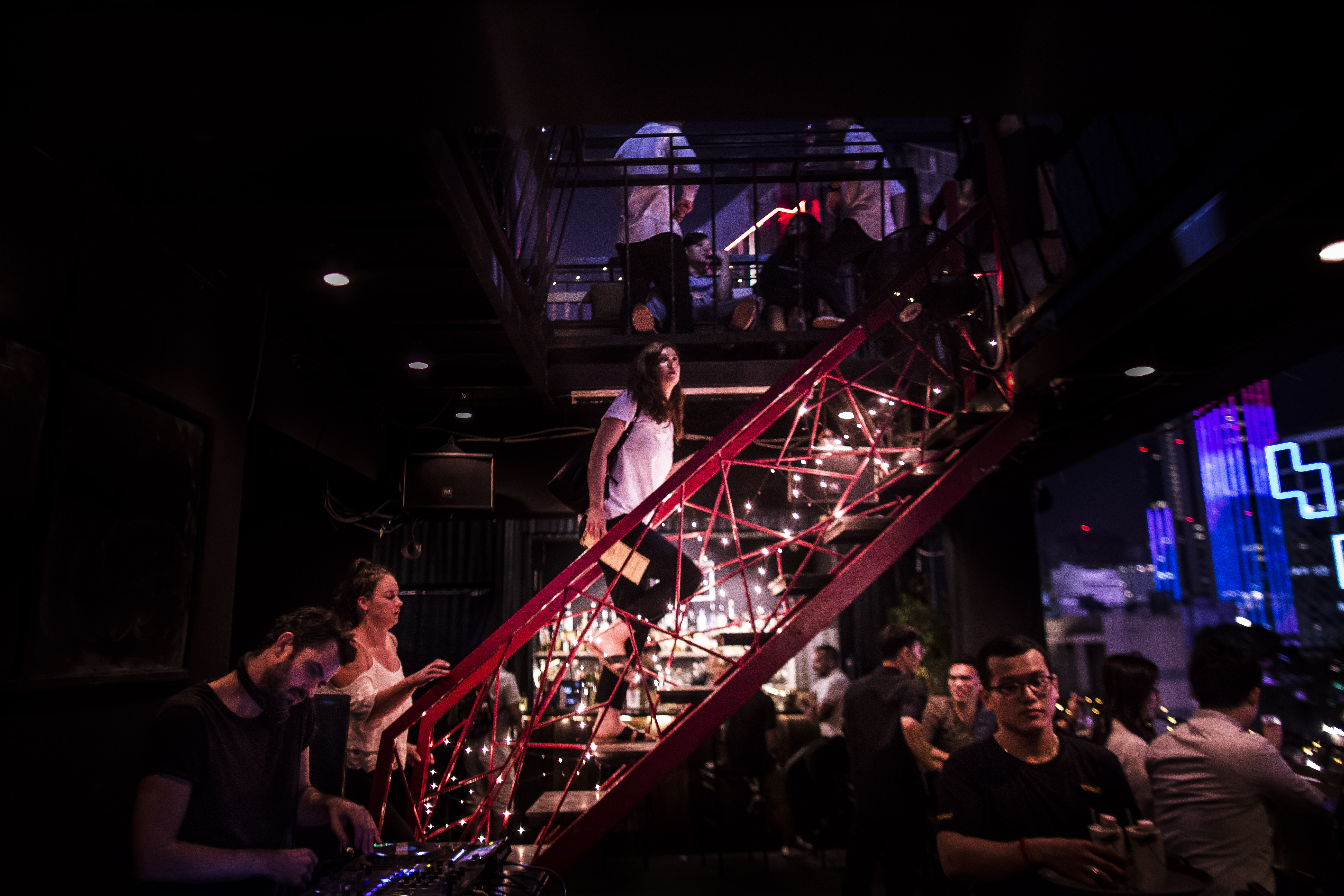 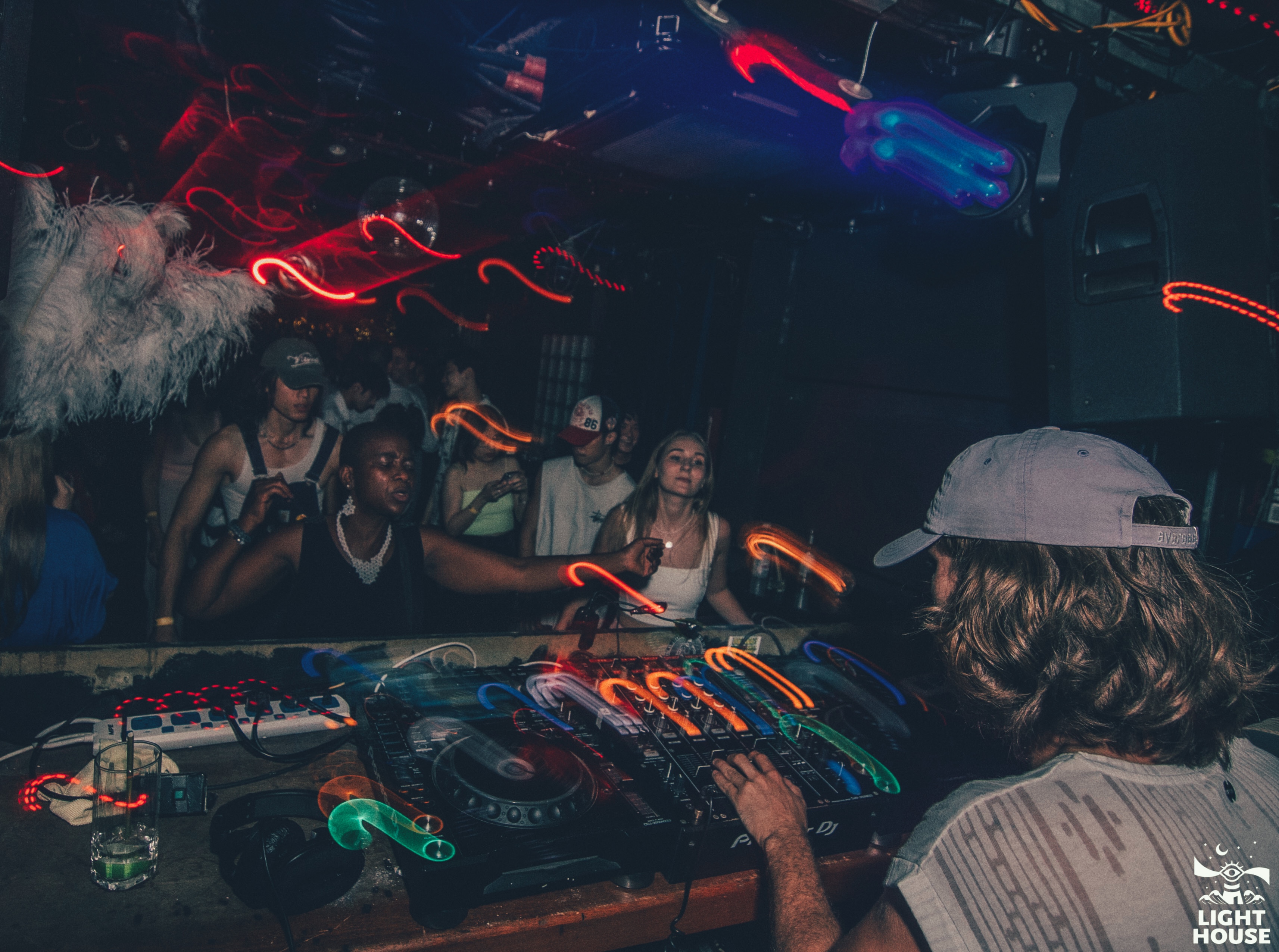 BH:  What are the challenges of running The Lighthouse?

SS:  The challenge is to make good bookings! [Laughs] But we’re never challenging each other. We give space for the other venues, so everyone knows what we are doing for the next month, actually. We always try to figure out what we’re doing next, if we can book this artist from you, we’re always sharing.

We all have a good relationship, and we’re all friends. The club owners and the bookers. We all go for drinks, we meet privately.

It’s not so big, for sure, so business-wise there is a challenge. But we try to keep it very friendly. Friendship is key.

BH:  Are there things you try and focus on with your bookings?

SS:  During COVID we have been pushing the local artists as we have not had the ability to do international bookings. But it was very interesting because a lot of artists came out of nowhere and we never had them on our radar before, like Yokosun & KHOA BICYCLE.

They did music, but they stayed at home, so we never noticed them. During COVID, they popped up, so we were like, “Oh, wow, this guy or girl is super interesting.”

I said to my boss, “Now is the chance to develop the scene.” I tried to give many DJs and producers a chance with The Lighthouse. We could try and see if it works.

Now we have more and more artists and I’m focusing on local artists. But now the borders open, so we’re going a bit back to international.

The local scene has become very strong during COVID. That’s a positive development. COVID was sad for everyone, but for the scene in Vietnam, it was very important. Many local artists never previously had a chance to play because only international artists were prioritized. We need to think about the next generation.

All the owners and the bookers are getting older, but there’s a next generation, and we need to focus on them, because they’re the next scene. 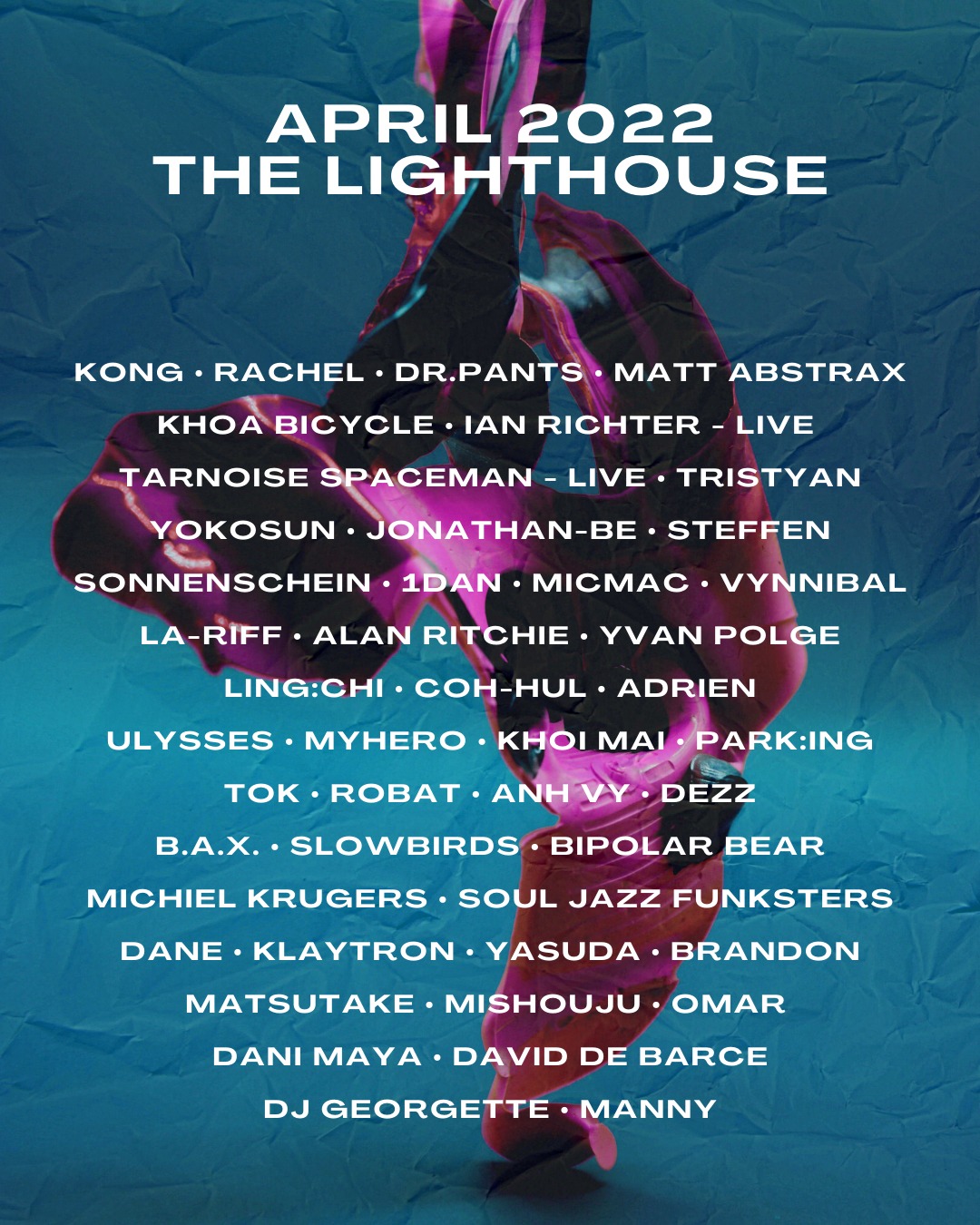 BH:  Are there any events coming up that you’re excited about?

SS:  The second of April, we’re cooperating with a live festival. So during the daytime, they’re doing by the riverside. Only live acts. We’re doing the after-party, with some live acts. Then an international booking from Thailand, a guy from Germany. Then SHIR KHAN is coming back to Vietnam. People are asking about borders being open, but at the same time, the budget is still low because we need to recover.

I’m happy we made it through. We didn’t close, we’re still open. Because many places or bars had to shut down because of COVID.

BH:  What are you looking forward to next after COVID?

SS:  We have limited space, so we have to keep small, but people are super eager to play after COVID. The scene almost broke down, but now I think it works. We’ll see.

BH:  What would you like to different scenes across Asia?

SS:  I would say to focus on the local, for sure, and to give people a chance. Never say, “Oh, no, I don’t know you,” but give them a chance. If you don’t know, you will never know. And work together!

Because electronic music is there to connect people, I don’t understand why many people are working against each other. The music is a community in the beginning. It’s all these different communities that come together, so forget about your ego and work together with everyone.