Electric Soul’s Brian Hioe spoke to Dungi Sapor, an Amis Indigenous DJ from Hualien. Dungi Sapor will be releasing her latest single at the Lazy Point Restaurant and Bar in Taipei on October 30th.

Brian Hioe:  Could you first introduce yourself for listeners that may not know you?

DS:  When I began as a DJ, I played techno. Later on, I wanted to try and promote Indigenous culture, so I added Indigenous elements into my music.

DS:  I was in college. I studied piano and dance from when I was small. Because I had learned a number of instruments, I felt that I should learn something new for college. I thought of participating in a cheerleading club or a dance club in college, but I saw that there was a DJ club. It was something I hadn’t encountered before, so I thought I’d try it out.

BH:  Why did you decide to emphasize yourself being an Indigenous DJ?

DS:  I always wanted to help out Indigenous causes. I studied law in college, in the hopes of being an Indigenous lawyer that could help out other Indigenous. [Laughs] But as it happened, I had the opportunity to visit New Zealand and I met with the Maori there, to conduct a cultural exchange between Maori and Taiwanese.

I gradually found that, whether Maori or Taiwanese, they were very focused on music. They felt that culture is our roots. So I wondered if I could use electronic music to promote Indigenous culture, as I was originally hoping to do.

So then I played at Ocean Home for the first time. I used many forms of Indigenous music from all over the world, such as from Africa. That was well-received. I began to be invited to perform at other places after that.

BH:  I’ve noticed that in the past, Indigenous music, was sometimes limited to singer-songwriters, but now you see more artists in diverse genres, like hip hop group Boxing, or someone like ABAO.

DS:  That’s right. But at the end of the day, they’re still focused on being singer-songwriters and singing. That’s more popular in Taiwan.

BH:  What has the reception been so far?

DS:  When I started producing, I wasn’t sure how to distribute my works. But I’d play some of my music when I DJed. Some felt it was special and particular. I wasn’t very confident in the beginning. I also put in Indigenous elements when it was DJing, but some promoters weren’t not as happy. One time, someone told me that it wasn’t suited for the party.

But I kept playing and gradually found that I was getting better reception. I released a song before using a traditional Amis melody and turned it into a house version. Some Indigenous singer-songwriters re-posted it. I found that people were becoming more accepting, so I could feel more confident about myself. Still, most Indigenous musicians aren’t familiar with electronic music. I have to overcome myself in the process of this.

BH:  What projects are you currently working on?

DS:  I’m releasing three singles before the end of the year. The first was from 2020. I have a hard techno single this month as well, using traditional war melodies. Next month, there will be one that’s more melodic techno. On October 30th, I’ll hold a release event as well. That will be in a bar in Xinyi. There will be more information later.

BH:  What kind of influence do you think COVID has had on your recent activity?

DS:  Most events in May or June that I had scheduled were canceled. I wasn’t sure what to do. But there was a turn towards the Internet due to COVID. I did some live streams. I tried to work on production and to learn some things about e-commerce, to exercise, and eat better.

BH:  Seems like a lot of people have turned toward production because of COVID, all around the world. I remember you participated in Basika’s livestream.

DS:  I thought that was quite good. Because there are no parties, people can only do online events. So it can be a way to show people that their favorite DJs are continuing to be active. They can stay at home and listen. But this lacks people-to-people interaction, though I think as the COVID situation is under control, there will be fewer of this.

BH:  What groups do you work with?

DS:  I’m part of Taiwan Techno Team, but they’re in Kaohsiung, so it’s a bit farther. So we work as a team, if there are events. It’s very much like a big family, helping each other out. But in Taipei, it’s usually just me operating by myself.

DS:  And B1. Korner (closed). Also Pipe. I’ve played probably six or seven years, since college. There are a lot of great groups that are gone now though. Some great DJs have stopped as well. 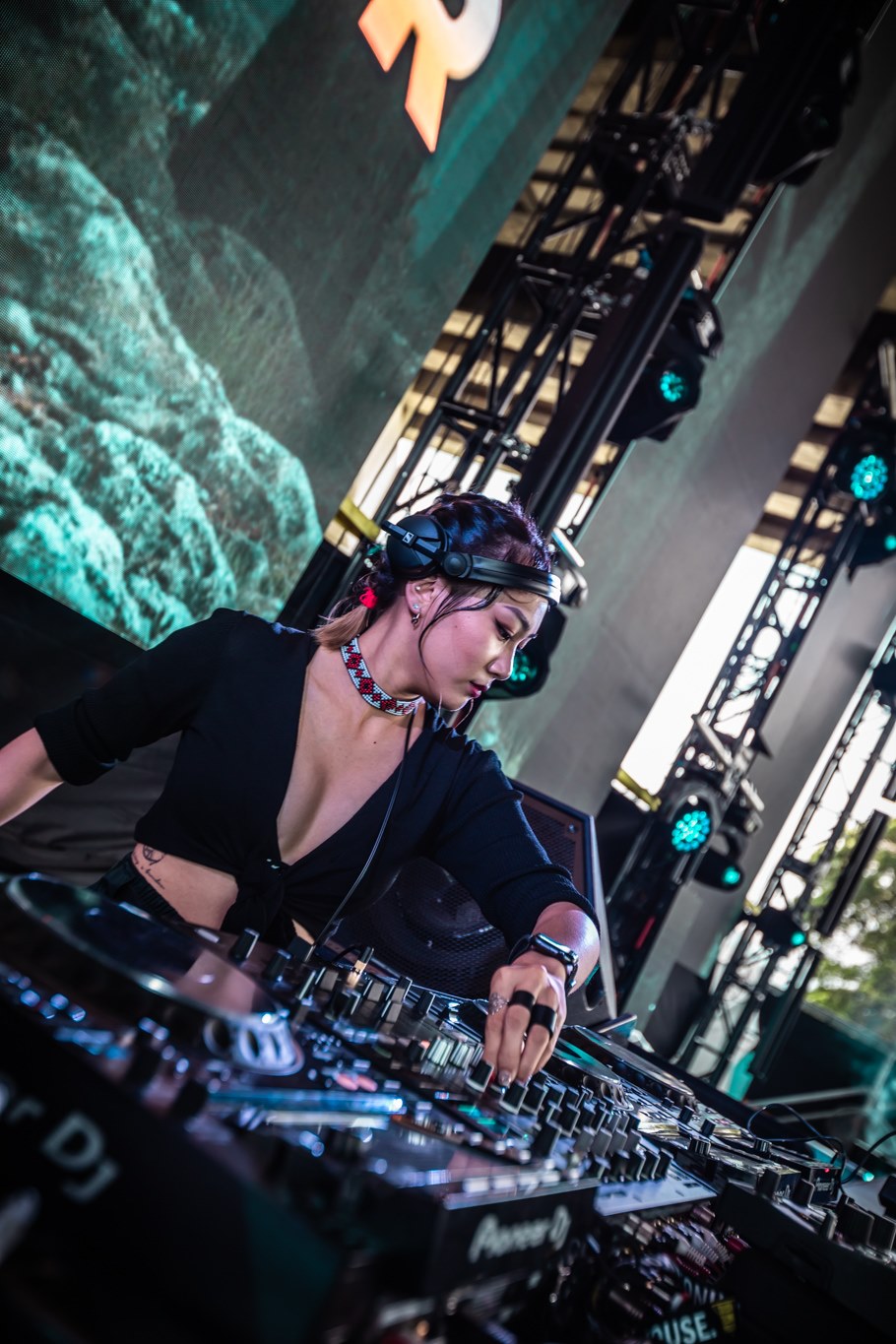 BH:  I remember you played outside of the legislature once. Could I ask about that?

DS:  That was for the new year. Because I worked as a legislative assistant before. And there was a social movement event for the new year, so they invited me. Because the music I play is Indigenous, it has a very Taiwanese feel. So they asked me to play.

They set up something almost like a religious festival that day. There was a truck. It was very cool. But there was a lot of police watching us.

BH:  I found that quite interesting as an event, because social movement circles more often listen to indie rock.

DS:  Probably because it has to do with Indigenous music.

BH:  What else are you hoping to do in the future? Such as once COVID ends.

DS:  I might want to transition in what I do after. I might focus on DJing now, but I want to be more a cultural promoter that also DJs in the future. To promote Indigenous culture. To see if there are Indigenous young people who are interested in DJing, since they have dreams of their own. It’s hard to balance trying to preserve Indigenous culture and also work to survive.

Indigenous are often poorer and face social pressures, so might not want to do what they want to. But there are a lot of people who are talented. So I might be able to help a younger generation of Indigenous musicians. Indigenous culture is increasingly fading.

When I was in New Zealand, I saw that they learned Maori from when they were young, what their traditional dances were, and music. But I didn’t learn this when I was young. It was for tests that we had to take classes. So I realized the importance of culture. I want to push for this from the perspective of electronic music.

BH:  A lot of Indigenous friends in the city comment to me on feeling distant from their communities, that this makes it difficult to maintain culture.

DS:  The most important thing is that you have return to the countryside and be with community members. Some have it more difficult, since they might be in the city from when they were very young. So when they learn about Indigenous culture, they might have to spend more effort than those of us that grew up in the countryside. Sometimes they’re treated as outsiders when they go to back to the community. “Oh, you’re urban Indigenous.” So I think Indigenous young people living in urban areas need to get together and work together.

I count as among the earliest Indigenous electronic musicians. So it’s tough for me too. But sometimes people have told me that it’d be better to work with a team. I hope to find some other Indigenous young people in urban areas or from rural areas, to work together regarding Indigenous culture.

I may have grown up in a rural area. but some deeper aspects of culture, I myself don’t understand. We can learn together and grow together in order to promote Indigenous culture. 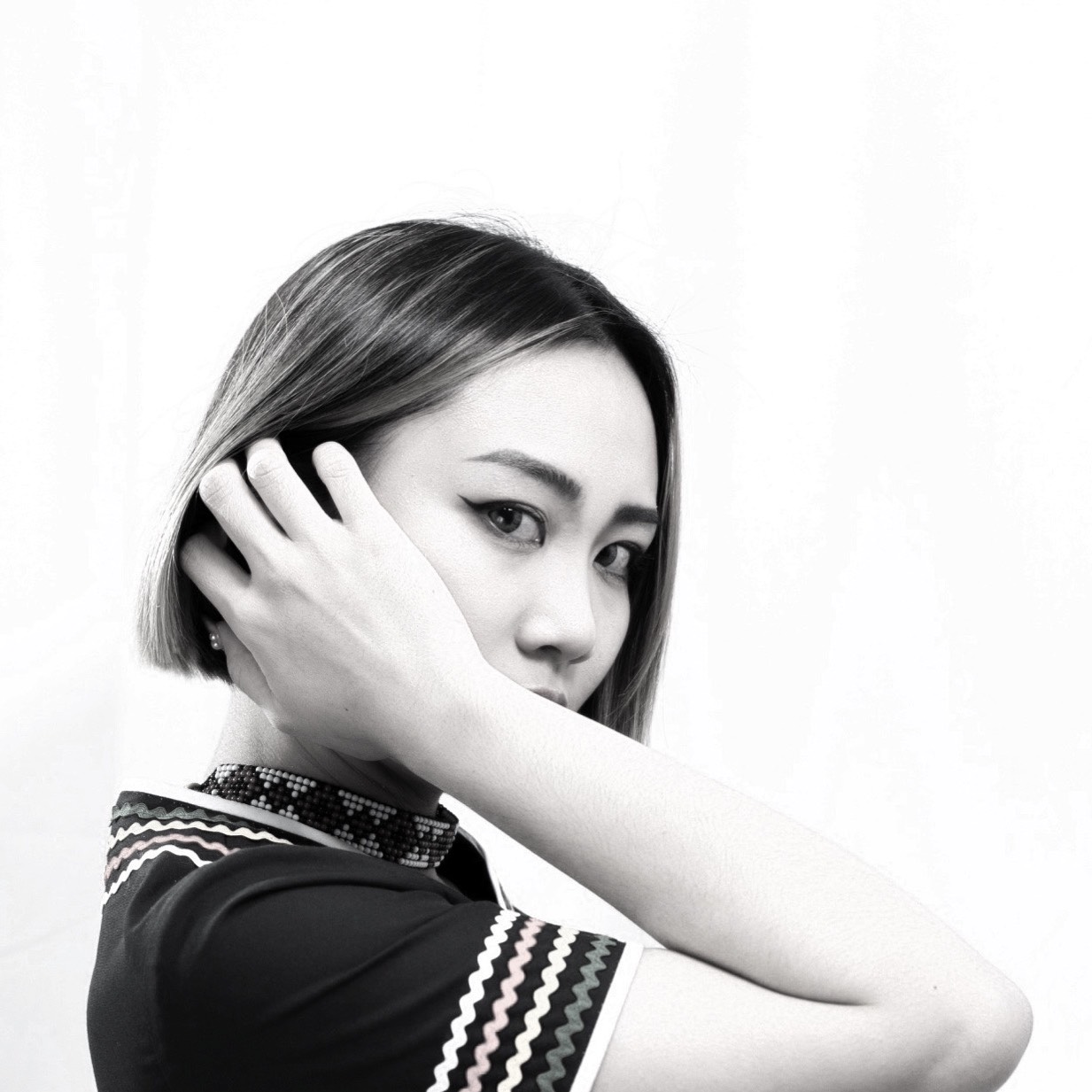 BH:  You could form a party crew.

BH:  It’s also historically the case in Taiwan that if you want to be a successful musician, you have to go to Taipei.

DS:  Yeah. Though with COVID, I’ve found that most of the events I’m involved in are in Hualien. It’s quite special, returning to Hualien to play.

BH:  Anything you’d like to say in closing to readers?

DS:  Please pay attention in the next two months! Because I’ll be releasing two singles. I’m going to film an MV after we’re done speaking for this interview, as well.